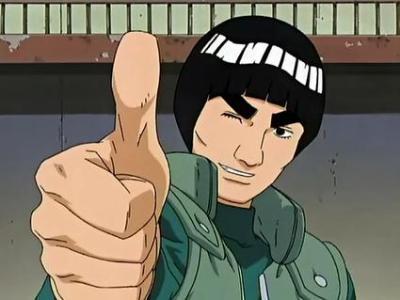 Suggested by JordyPresto0418 Doomsday has incredible power and regenerative abilities and he is going to need all of that against someone like Might Guy. When Might Guy starts to open up those gates of his then you know that things are about to get dangerous. Doomsday just doesn’t have the speed needed to take care of that kind of speed and his regeneration will quickly be overwhelmed here. Might Guy wins. 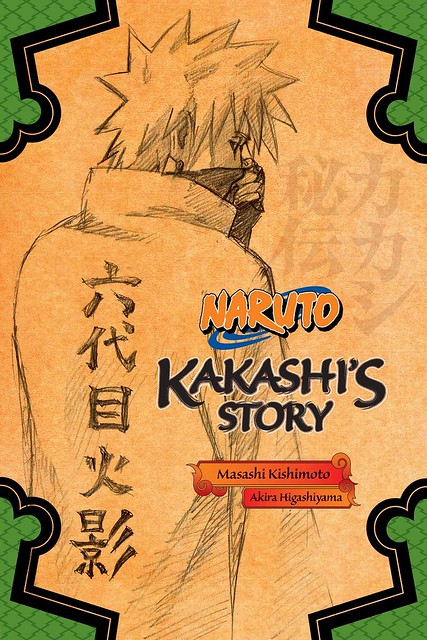 I finally got around to finishing the first Naruto novel! Reading the next two should definitely not take as long so you can expect reviews to be published for those much quicker. Unfortunately, I can’t say that the Kakashi story sets them off on a high note. Crude Humor, large amounts of plot hax, and sketchy writing hold this one back from being a hit. I honestly wouldn’t really want to see this one animated unless some significant creative liberties were taken. That being said, the anime writers could be up to the task since I’m sure that they’d be tempted to change things anyway.

A long time has passed since the end of the Naruto manga and people are pressuring Kakashi to take on the mantle of Hokage. He doesn’t want to do this though since being Hokage is a large responsibility and he’ll be held accountable for everything. Nonetheless, the choice isn’t his and the whole village continues to pester him about it. To take his mind off of this, Kakashi goes to guard a large boat. It will be the first ever flying boat (Blimp basically) in the world. The builders want to use it to revolutionize travel, but at the expense of a whole industry which will result in thousands of people being out of business in the long run. That’s a bit of a heavy price to pay, but at the same time, innovation always replaces the old way of doing things. If people resisted change because of how it would affect the job market, many inventions would simply not exist at the moment.

However, the main villains of the novel aren’t pleased. Kakashi notices that someone has sneaked into the blimp and gives chase, only to find out that it is Might Guy. He really wanted to go for a ride so he snuck in, but unfortunately, so did the villains since there weren’t any real guards around by this point. The Leaf Anbu Black Ops are taken down instantly so Kakashi and Might Guy will have to save the hostages in the Blimp and defeat the Rogue Shinobi. Time is not on their side either as these guys aim to free their master from Hozuki Castle and the other neighboring lands ar weighing in on the conflict. If the Blimp isn’t back on the ground before it crosses the border…then it will be destroyed. Moreover, Tsunade wants Kakashi to destroy the Blimp if it gets to close and murder every last one of the passengers. Kakashi’s not a cold blooded killer like Tsunade so he aims to find another way.

This should be easy right? Kakashi is one of the strongest fighters in the Leaf so he can crush some random rogue ninja. Not to mention that Naruto’s just a phone call away. With his final form abilities, he can move at hypersonic speeds and virtually fly. He can use his arm extensions to gently force the Blimp down or simply grab all of the villains and then escort them all away. Well..the first moment of plot hax happens here as Tsunade forbids anyone from telling Naruto about this. In her defense, everyone else goes along with this terrible plan including Kakashi. All right, back to the Kakashi plan right?

Wrong I’m afraid. Kakashi decides to go for a frontal assault and walks up to the villains. Guess he forgot about the hostages right? The main villain destroys a handful of them and then breaks Kakashi’s fingers so he can’t pull off any real ninjutsus. To add even more injuries, his right hand woman freezes Kakashi’s chakra so he can’t do anything with his ninjutsu or he’ll freeze over. Rahyo is the leader of the villains by the way and Kahyo is the ice ninja. Kahyo’s abilities are fairly impressive as she just needs to make contact with someone once to freeze their chakra whenever she pleases. Rahyo is more generic as he can punch people with super strength.

Kakashi is at a disadvantage from the start because Kahyo already made contact with him at the very beginning of the book when she pretended to fall and Kakashi helped her up. Unfortunately, Kakashi was already out of character as he fell for her instantly. So much for professionalism. As for Rahyo, he should be easy to defeat, but Might Guy looks incredibly bad here. Due to his injuries at the end of the series, he is still not at full fighting strength and I guess he’s back to being around Chunin level or something. Plus, his motion sickness has gotten even worse and it is at Natsu levels of terrible now. At least Natsu has a good reason for it though, Might Guy should be able to pull himself together.

His fight scene with Rahyo is actually very bad and even involves puking as a distraction. Might Guy’s also the reason why Kakashi’s first plan went so badly as well. If he hadn’t been around or if he could have just went to sleep for a while, the novel would have been very different. He’s comic relief, but not the good kind and he just holds the book down. Kakashi’s plan to throw up later on to trick the villains was also gross and definitely a large stretch of disbelief. These two scenes are the main reason why the book couldn’t get a positive rating in the end.

The fight scenes were good when Might Guy wasn’t around at least. Naruto’s fight in the intro was fun and I’m glad that only his Shadow Clone was hit since Naruto should be able to easily fend off these villains. In his current state, he should never lose to anyone ever again. Only aliens would be acceptable like in the movies, otherwise it is just too much of a stretch. Kakashi vs Kahyo was brief, but good as well. Hopefully we’ll get more action in the next novels.

Finally, my last complaint with the novel is just the fact that all of the characters are terribly unlikable to the point where I have to say that they are out of character. Not literally every character as Naruto is good, but everyone else is simply unreasonable. Everyone taunting Kakashi at the end of the novel is simply mean spirited. Shikamaru wanting to see if Ino has the same reaction while in another body is a really crazy scene that has no place in the novel and just makes him look terrible. Tsunade comes across as incredibly ruthless. Deciding to execute an entire group of civilians just to avoid an international incident is quite bad. It’s no wonder why Kakashi knows that he now has to accept the title of Hokage. He can’t let someone as unfit to lead as Tsunade take charge.

As for the two villains, they both want revenge on the cruel society. It’s easy to see why, but they really do lose themselves in the mission. They claim to not want to indiscriminately murder people, but that’s what they do the entire film. Both of them show remorse by the end and Kahyo always seemed to have more of a heart than Rahyo, but the latter’s big turn around I could not buy at all. He was way too evil and too unrelenting for me to believe that he simply lost sight of his original goal. At least for Kahyo there was a lot of foreshadowing and she did help the kid who really needed it while Gahyo was just going to let him die. I suppose that it’s still good to see Gahyo turn good, it just felt forced is all.

Overall, Kakashi’s Story was a weak first installment, but it shows signs of promise for future novels. There is still a lot more that can be done in these stories although I wish that Naruto or Sasuke would get one. Those two can easily hold their own stories. The next book is Shikamaru’s and since he isn’t much of a fighter, I’ll assume that the villains are even weaker than these two as I think that they probably would have crushed him. So long as the characters aren’t all super annoying and unlikable, the next novel should definitely knock this one out of the park. No more puking on the villains either since that was sad. If you’re a big fan of the Naruto franchise, then this is probably a good story to check out to make sure that you know all of the mythos. That being said, you may just want to skip this story. You won’t miss much and it tries to make Blood Prison canon which makes all of the characters look even worse so it’s best that the movie doesn’t become canon. Naruto’s chapter is definitely the best one in the book so at least you’ll start off on a high note.

Might Guy has the 8 inner gates and his physical abilities greatly increase as he opens them. They still won’t be enough to defeat the mighty Bass though and he’ll be able to launch devastating attacks to take Might Guy down for the count. Might Guy won’t be able to compete with Bass’ level of power and he shall be overwhelmed. Bass wins.

Might Guy finally makes his blog debut with this round. It’s definitely been a long time since the blog’s conception so it’s surprising that it’s taken this long. Luckily for Might Guy fans, he will be starting off on a high note. Kakashi may have the sharingan and an incredible array of jutsu, but it will not be enough. I used to pick him when it came down to a fight, but Might Guy’s taijutsu is just far too impressive at this point. Kakashi would not be able to keep up with him. Might Guy wins.