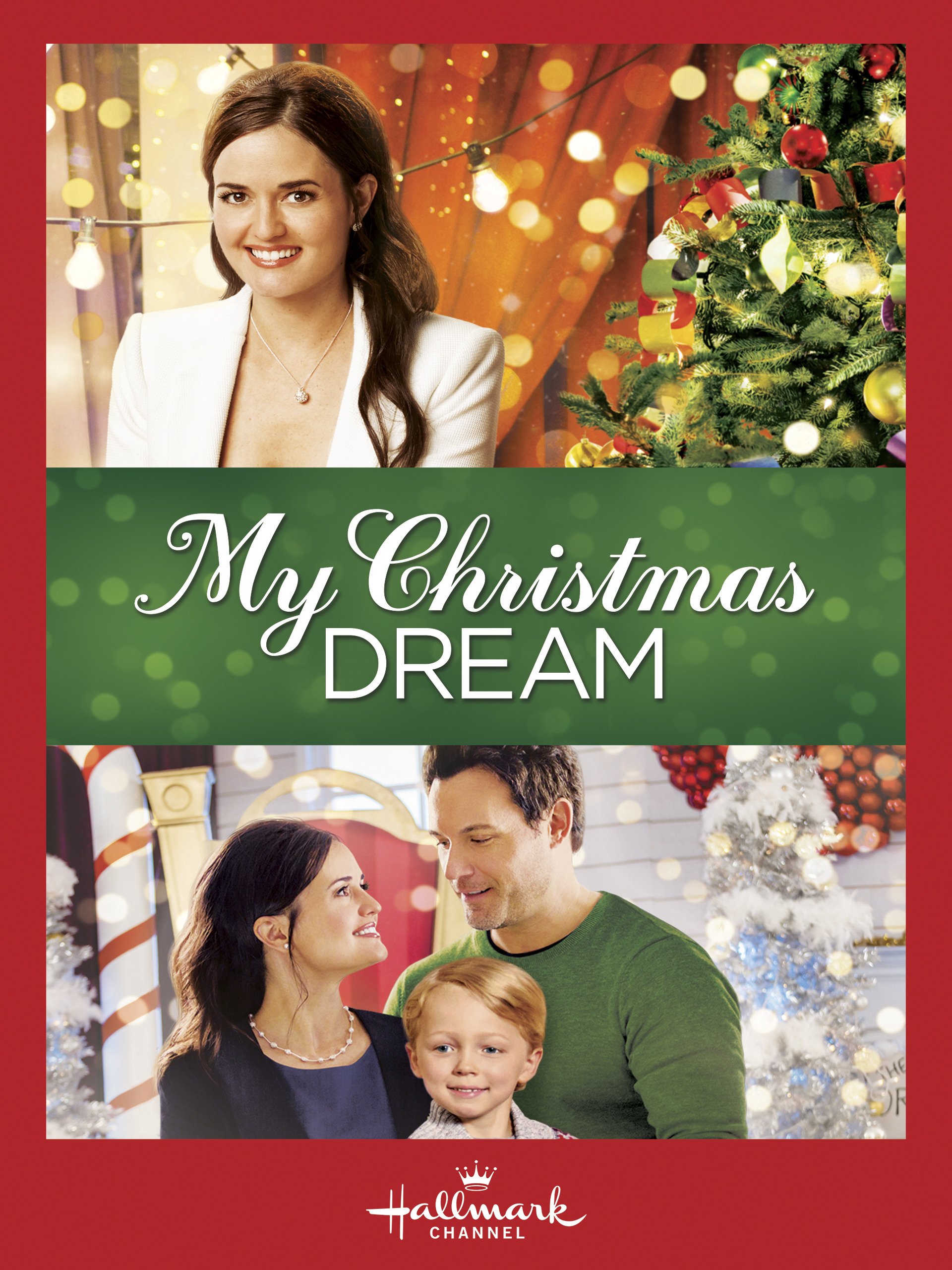 Time for the next Hallmark title! This one definitely puts the lead in the toughest dilemma yet because you need a lot of creativity to get out of this one. I don’t consider myself a very artistic person for the masses. I’ll make things that look great to me which is really what I tend to focus on, but if I have to make something to impress someone else then it’s gonna be tricky. I take the same approach to things like cooking as well. I make things that I would love to eat but making things for someone else to find delicious is trickier. I figure if they don’t like it that means more for me….

The movie takes place at a McDougal’s store. They are celebrating their 50th anniversary and the store always has a unique Christmas display each year. As it’s their biggest one yet there is a lot of pressure to make a really good one. Unfortunately, the store had to let go of their main painter a few days before the display because he was missing deadlines and also ruined Christina’s outfit right before her meeting with the big wigs. Christina took this assignment for granted herself, but now Victoria has implied that if she does a good job of it then a promotion is at hand. Not just any promotion, but a promotion to Paris! Christina has always wanted to go there so now she is prepared to do whatever it takes to make this display a success!

One of the big impact moments here is when Christina allows Kurt to be fired in the opening scene. It’s sort of like a Peter Parker moment from his origin only this time I don’t necessary believe Christina handled the situation that badly. Sure, she could have spent a little more time discussing the situation, but her logic was pretty sound. The boss is the one who should be making the call about his subordinate particularly as she had never even met him before. The guy missed the deadline and while he gave his excuse about a second job (Which is a little sketchy because everyone guilt trips Christina throughout the whole movie, but it’s not like he’s out of jobs right?) you do ultimately need to pull through. If the organization is counting on you to get something done and on their 50th anniversary meeting as well, you’ve got to get it done. This would have been even worse if the owner Victoria had been the one to walk in there. She absolutely would have gotten rid of him in a snap.

Kurt’s a good guy otherwise. He mostly stops guilt tripping Christina after the opening scenes. The guy’s a little timider than some of the other guys though as he doesn’t really ask Christina out directly and instead uses his son as a shield the whole time. I don’t blame him for being a bit dismissive the first time they meet since he had literally just been fired, but after she helps his kid out he’s nice enough. The party they went too was also pretty neat. I’m sure I would have passed on the karaoke but it was a good way to get her mind off the deadlines.

The kid’s a little on the annoying side though. He escapes from home just to go to the mall and complain to Santa without thinking about how much it would make everyone worry. He gives Christina a hard time throughout the movie as well but she really handles the whole situation super well. The film treats Christina taking 30 minutes to an hour off from work as the end of the world, but that just means the rest of her staff are terrible at their jobs. I don’t care if she’s the best staffer in the store, they can’t rely on her to the point where she can’t leave for a few minutes.

Her second in command was very unreasonable to this effect. While she ultimately didn’t rat her out to Victoria, I don’t think there was anything to rat out. The whole point of being a second in command is that you have a lot of work to do so if you can’t handle it then it’s not the position for you. I couldn’t believe it whenever she would appear and start sulking. It seemed a little unreasonable to me personally. Meanwhile Victoria was mostly good although the one part I took issue with was her decision to use last year’s display over the one Christina presented. While I understand that you wouldn’t want to use a low quality one, you can’t just re-use the last design. For one thing, people would remember it since it just happened. If you’re going to use an old one then it has to be one from way back in the day. It also felt like she gave up a little too easily considering that she’s such a big business guru. What would have made more sense was to have a meeting with another employee and then promoting him or her if they came up with something.

You will feel bad for her in the end though. She’s about to have some good character development and has great Christmas plans only for Christina to walk in with a revelation. It’s a super happy ending for Christina but not a great one for Victoria. The ending is a little on the cheesy side this time since Christina really gets to have her cake and eat it too. It takes away from her decision a bit because it feels like both options could have worked. I am glad that the friend didn’t get the position though.

What I was expecting to be an option from the start is Christina inviting Kurt to come to Paris with her. He would bring his kid and could start his art business fresh there. It would have been a pretty ambitious ending and of course he might not want to leave at the drop of a hat like that, but I think it would have just made a lot more sense. Ah well. Christina is a solid lead although I think she probably should have started planning for the end of the year display a lot sooner. Considering that she was pretty obsessed with work at the start, I was surprised that she didn’t have it ready.

Overall, this is another really solid film to watch. As always the landscapes chosen here look really good. We also get some nice Christmas music which is always fun to listen to. The soundtrack is just on point and helps give the film a festive feel from the start. The writing is great as always so there’s nothing really negative here. Films like this are just a lot of fun to watch and they’ll leave you feeling happy as well. It’s perfect to watch around Christmas, but naturally I can recommend it at any point in the year. A good movie is a good movie no matter what day it is.