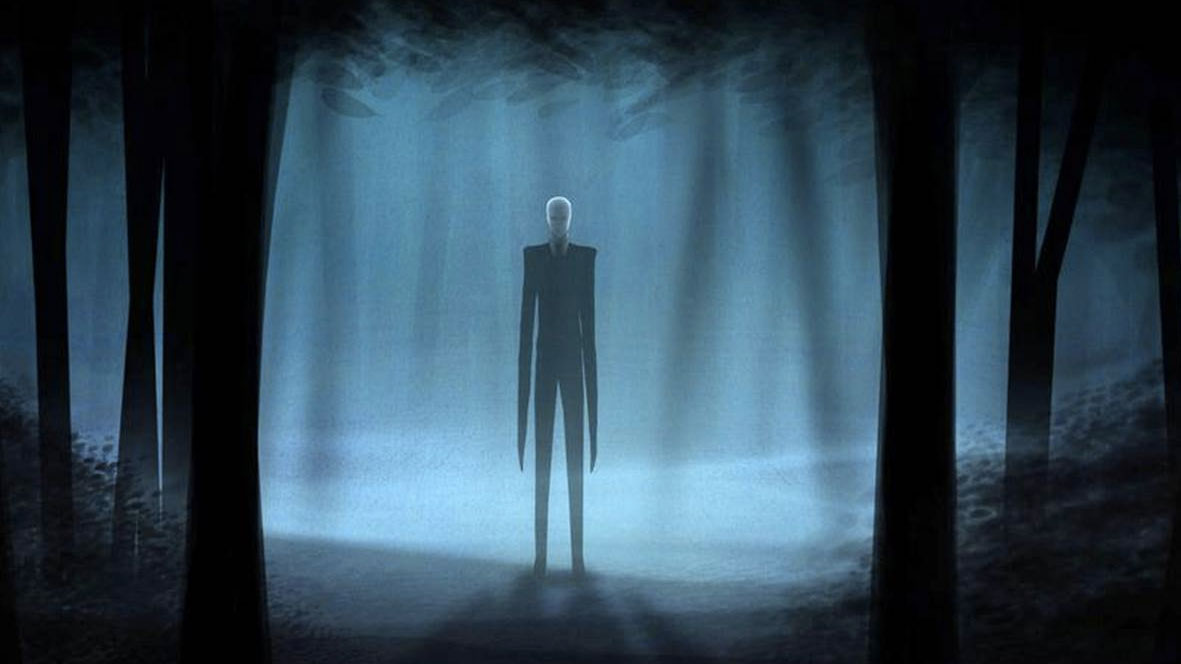 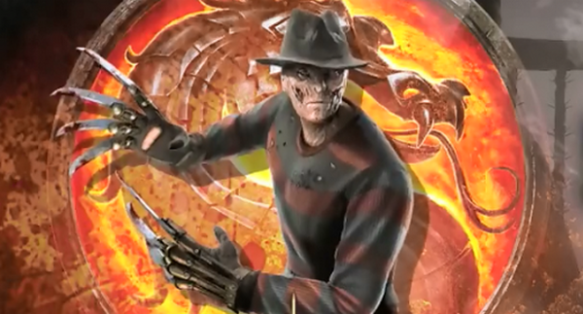 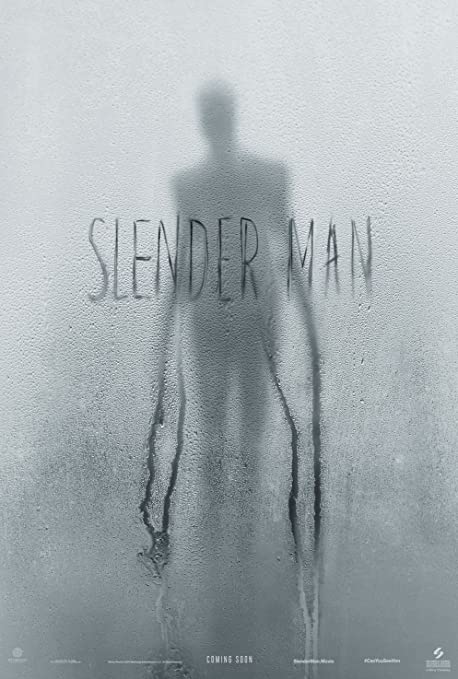 The Slender Man was definitely a character who got pretty big for a while. Perhaps not as big as Freddy Fazbear but since Slender Man was involved in court proceedings and such he may have gotten more screen time for a while. Naturally the movie came out very late once most of this was already done. It’s not a very impressive horror film though. Slender Man himself doesn’t even get to do anything for the longest time and the film is more about setting up the atmosphere than doing anything with it. Slender Man just doesn’t stick out.

The movie starts with the 4 main girls Katie, Wren, Hallie, and Chloe deciding to have a girls night out to summon Slender Man after hearing that the guys were going to do it. Little did they know the guys decided not to summon him in the end. So the girls watch the tape that summons him and immediately they all feel the fear. Usually after something like that you would expect the characters to just laugh it off or something but they take it deadly serious. You can already tell that the film is going to be rather dramatic the whole time. They figure they will go about their lives as normal except then Katie goes missing a few days later. Can they possibly rescue her from Slender Man or is it already too late?

You feel like it probably is too late at this point since usually you aren’t able to do much against these supernatural creatures but at the same time since a lot of focus is put on trying to bring her back then maybe there is a slight shot. Mainly Wren is the one trying her hardest as she does a lot of research to the point where she basically goes insane and manic over a lack of sleep. She does well in learning about him but also takes far more chances then you would want.

For example, she goes to the message boards that Katie was posting in about Slender Man. The main user there quickly lets her know that Katie is gone and the only way to try and bring her back is to make a deal with Slender Man. As part of this deal she needs to go into the wilderness and blindfold herself in the dead of night along with her friends. Here’s the problem, based on the videos that Katie sent in the chat, this user knows roughly where she lives.

The user would also then know where the forest is so saying that you will go there at night blindfolded is not a great plan. Even if Slender Man isn’t real, the alternative is that this user may have had something to do with her disappearance. If that is the case then you’re pretty much throwing your life away by following his advice. It’s also a shame to see the characters throwing away their prized possessions. Of course if you actually think this could be real then it’s admirable to take these risks to try and save your friend.

Wren is definitely the best character in the movie. She easily takes the most chances and puts in a lot of work to save Katie. Without her the other characters probably wouldn’t have done much of anything. After all, they were doing their best to avoid even thinking about the video. Even when Wren was being up front with them about the nightmares and such they kept trying to act as if it wasn’t happening. They weren’t too convincing about it either.

Slender Man throws in a bunch of jump scares of course but nothing too noteworthy. You have people looking distorted or Katie’s drunk father breaking into the house but for the most part it’s all rather standard like that. You figure Slender Man himself won’t try anything for a while. One scene that was at least visually interesting was when Slender Man started rewriting reality so the library started looking off. He would extend the distance to go anywhere which sort of locks you in a bad spot.

This helps to offset that his design doesn’t look very intimidating. Not only has he skipped leg day for decades but he doesn’t have any real muscle either. He does have one moment where he causes someone’s face to be empty like his which certainly seems like a tough trick to get around since you can’t talk at that point. His actual screen time is so small though. For a film called Slender Man you would expect to see him a little more right? It’s not like we’re ever meant to think he’s not real. It’s clear from the start that he is actually around.

By the end of the film there really isn’t much of a happy ending considering the body count. At the same time, there was never any way the heroes could have defeated him which makes this an exercise in futility. It’s something that particularly happens in horror films a lot that can be annoying. If you write a villain out to be absolutely untouchable then what is even the point? Slender Man has no weaknesses. You can barter with him but that’s about it.

When you remove any chance of even damaging the guy then it’s like the heroes are fighting against an abstract force. At least with films like Friday the 13th and Scream you can see the heroes putting up a fight. You figure they’ll lose in the end anyway but at least it’s close. Although supernatural forces are more interesting to battle with, it’s nullified if the whole journey is pointless.

I’ll give Slender Man the slimmest of credits for at least being fairly tame though. It’s not throwing out gratuitous violence or super gritty deaths at you. There isn’t a lot of crazy language which is usually the norm for these films. All in all it’s a lot tamer than you may think although it’s still quite dark. Slender Man seems to always be going after kids and teens after all which may also mean that he’s nervous about getting adults. That’s pure head canon though since his abilities would suggest that this would be easy as well.

Overall, Slender Man set the tone early when the characters got super disturbed after watching a low quality video about Slender Man. It was just a few images looping at high speeds so it’s hard to see why they were so affected. Apparently they all felt something as Wren would later state but that’s when you knew that the characters were doomed. They were terrified long before they met Slender Man. Katie also seemed to have made a rather iffy choice once we learn more details about what happened with her. She could have at least left the other characters a note or something right? It’s certainly nice that Slender Man got a film I suppose but it’s really just a standard horror film about a group of teens trying to survive for as long as they can against an utterly invincible foe. The characters aren’t particularly likable and there’s just nothing to hook you on the film.