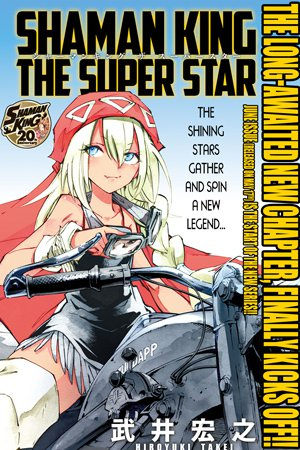 Now I’ve gotten to start the other Shaman King manga. This one’s definitely more of a direct sequel with Yoh and Hao getting involved a bit. I’m glad that it’s cutting to the chase quicker than Flowers. Should be a fun series and the art is pretty solid. I’ll have a review up when the series concludes.

It’s time to take a look at the remake of the original Poltergeist film. I actually saw this film a while back, but the review has been rotting in my backlog for some time now. Surprisingly, I thought that the film was fairly decent and by all accounts…it is actually better than the original film. I know that critics wouldn’t agree and by all accounts…I’m talking about mine. This film doesn’t take itself quite as seriously as the original nor does it feel nearly as long and I almost consider it to be an abridged version. For some reason, I get that vibe from most horror films like I Still Know What You Did Last Summer and the latest The Fog. They all just go by so quickly that the villains barely even have time to hype themselves up a little.

A family moves into a new house…and weird things begin to happen. It’s sort of like Five Nights at Freddy’s if you ignore the plot of both items and just focus on the scary jump moments. The family must try to resist the ghosts, but the daughter is taken to the spirit world which certainly complicates matters. The family calls in a version of the Ghost Busters, but even that may not be enough to save them from imminent destruction and complete obliteration.

This film is a lot newer than the original so the effects are certainly more polished even if that means that they may not be as “scary” (Still don’t believe that films can actually be scary) There’s no family dog here, which was a big relief and the film is also toned down from the original. One guy’s face doesn’t start to peel off, which is a welcome improvement. There’s still a maggots/roach scene, which is pretty gross and unnecessary, but it could have been worse. As this is a horror film, the characters make as many mistakes as possible to fill their quotas. One guy nearly gets rammed through with a screwdriver/jackhammer but decides not to tell anyone about this. They couldn’t have done anything about it, but sharing is caring right?

When it’s not cutting out scenes from the original, this film follows the old plot very closely. As a result, you will know everything that is about to happen before it happens. It’s why such literal remakes are risky since it’s hard to scare anyone when they know what to expect. Honestly, I’m not sure what the film’s gameplan was for this since they didn’t seem to even try and escape from this issue. The film played it close to the cuff and while that’s not necessarily a bad thing, it also limited the movie’s opportunities.

Honestly, I’d say that the film was a little on the generic side although it was certainly more tasteful than the average Horror film. I didn’t mind the film all that much while watching it. It could even be fun at times like when the dad brought home pizza and chicken for dinner. The kids were rather ungrateful though and the situation got dicey, but it was neat. Adding in the rebellious teenage daughter was a little much though and one of those modern effects that makes you back up a little. The parents got to go to a fancy party and we actually saw it this time so that was neat I suppose.

It’s actually hard to find enough things to say about this movie to fill in the review. It’s the kind of flick that you will essentially forget after a little while because it furfills the cliches of horror 101, but doesn’t try to make a name for itself. Knowing horror films, this is probably a good thing though. Poltergeist actually ends up being the most positively received horror film by this blog in quite a while so it certainly did something right.

The actions scene where the heroes try to rescue the daughter from the portal using the rope is still classic. I felt like that plot was handled better than in the original. The clown was a lot weaker here though, but I can live with that since a toy clown should be no match right from the get go. As mentioned earlier, the film’s pacing is a lot quicker and I’d say that this is a good thing. The film doesn’t need to bother trying to develop the characters since they’re mainly here to be scared anyway. Just give them some basic personality and you should be all set for some action. The characters were actually pretty reasonable considering the genre and while the kids were annoying…how could they not be? I’d still take them over the kids in The Shining and Insidious any day of the week. I do like how casually people around the block take the whole house blowing up thing. This should have been filmed in New York, you really wouldn’t get a reaction from those tough blokes. They’ve seen it all and aren’t afraid to remind you of that from time to time. There’s a reason why New York City is known as the greatest place on the planet after all!

Now, I wonder if this film will get remade again someday. I certainly wouldn’t be surprised, but it’s a film that should be left alone for a little while. Then the writers can think about how they should improve it some more. This remake added to stars to the score so if they keep up at this pace, the series will be doing quite well! The next remake should be a little different though so surprise the audience a little.

Overall, Poltergeist is a decent horror film for what it’s worth, but that’s still not saying a whole lot. I couldn’t really recommend the film because I don’t know why you would be seeing it. If you want something that’s more intense, but less tasteful, then you’ve got the original film. If you want to watch something new and fancy, why are you in the horror genre? Poltergeist just doesn’t do anything within the genre and just becomes another horror film to be forgotten on the shelf. At least it had the nice portal effects though, I always like those.