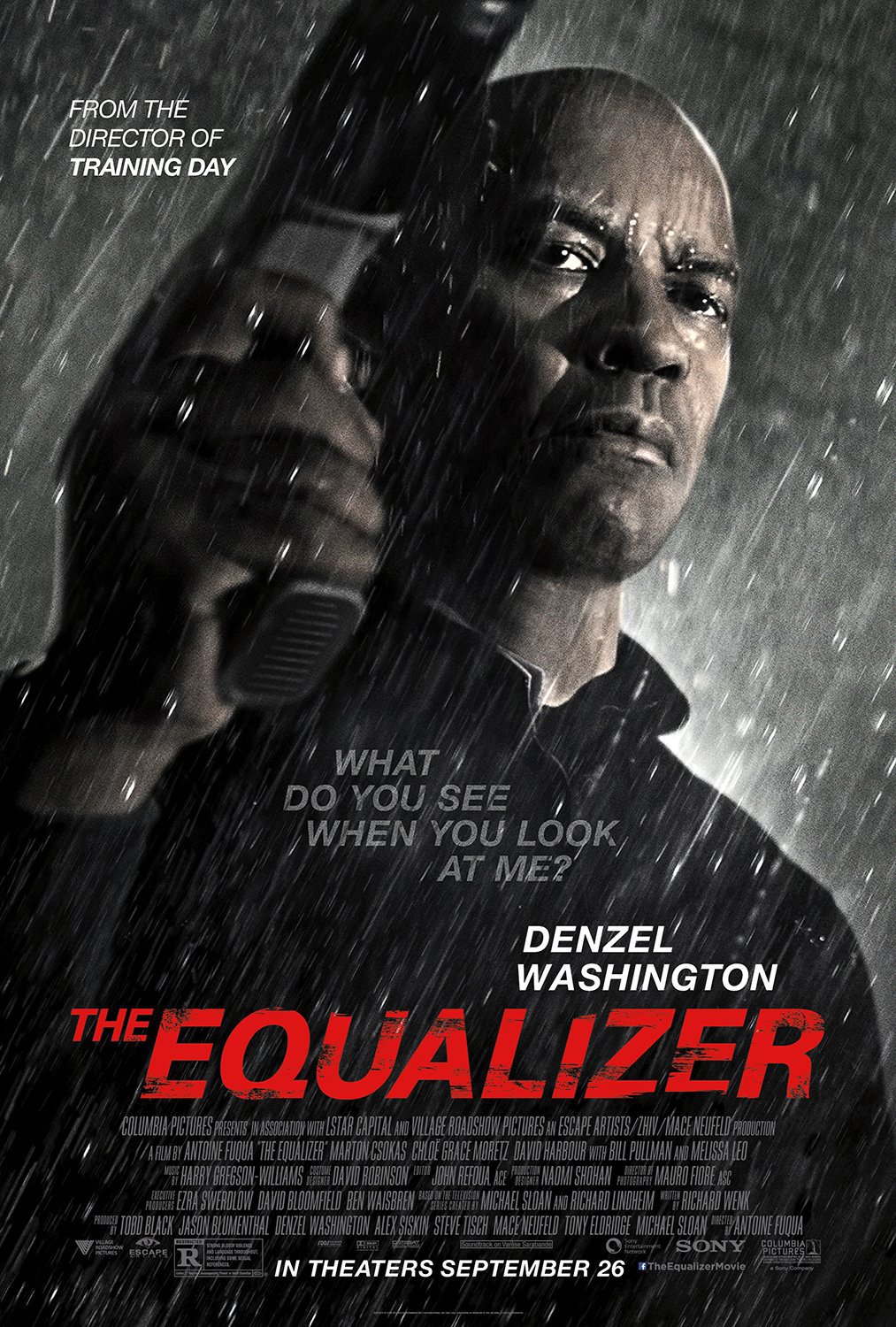 I vaguely remember seeing posters for the Equalizer back in the day but didn’t know anything about it. Seemed like just another one of those films about a guy with a gun taking people down. With Mission Impossible being the greatest version of that plot I figured this one was toast. Still, it turned out to be a pretty solid movie. It’s got a strong plot and the key part here is that Robert makes for a very solid main character. He may be equalizing things by taking villains down in a rather lethal way but most of the time he does give them an out and if the villain takes the deal then they get to keep their lives.

The movie starts off by introducing us to Robert. He has a very respectable job at a supply store that’s like Home Depot and always takes time to visit his favorite café and get an order of coffee. He likes everything to be very precise and throughout the film you see him making sure that things are neat and tidy. Another regular at the shop is Alina and the two of them always make a bit of small talk. One day Alina is badly beaten by her boss for not continuing with her job despite a client going beyond his boundaries. Alina hopes to be a singer someday so she can leave this kind of nightwork behind but wasn’t quite able to leave in time. Robert decides to get involved personally and begins to go after the Russian mafia. On the villains side they have sent a man named Teddy to take down Ralph. Now it’s a matter of who will go down first.

Robert is quite skilled at fighting and espionage. This is made pretty obvious from the start like with how he just walks into the Russian base with no difficulty whatsoever. He’s also very confident and quite sure of himself at all times. I like this demeanor, it’s always quite effective for a hero if you ask me. You don’t have time to be questioning yourself when you’re in the middle of a fight after all. Like Sherlock Holmes Robert always focuses on the situation at hand and finds the most efficient path to victory. Then he takes it and heads off to victory. He had another such impressive scene at the very end of the film. The last action scene has him tie up a few loose ends and it’s another great showing since he was so outnumbered.

At his core Robert isn’t even a guy who looks for trouble. He just doesn’t like to see any injustice and makes sure to balance the scales. It’s likely why he chose the title of Equalizer. Making things equal out is something he enjoys doing. Even at the end when he gets a final scene with Alina as closure you can see how it helped him realize that this whole journey was worth it. He probably saved quite a large number of lives by taking the villains down but in particular he saved Alina’s and that was something very tangible that he would always remember. It’s a pretty solid ending to the movie as well.

I wouldn’t call the film very upbeat or anything as it does have a lot of serious tones. There is a considerable body count and not all of the good guys get out of this one. Still, the ending is pretty upbeat and that makes for a great ending scene. Robert had a friend named Ralph who was also pretty good. He may not have been straight with Robert about what happened at the restaurant but he likely made up the story to keep Robert safe as well so at least the intentions were good. Ralph was a solid guy and he did well for himself at the end of the film and didn’t back down when things got tough.

Then you have the main villain Teddy. He’s the only one who is actually able to keep up with Robert for most of the movie. They have a lot of cat and mouse confrontations during the movie which are always fun to see. He does quite a lot of damage to the villains in his own way too though. There’s one scene where he starts a fight with them and ends up bumping off at least 4-5 to make an example out of them. It’s a pretty intense scene but since he would have been blown away without his right hand man making some clutch shots I don’t know if I can call it a good plan. The guy makes for an intense antagonist but he was never shown to be quite equal to Robert so I wouldn’t call him a big threat.

Then you have the big boss Vladimir but that guy doesn’t show up a whole lot anyway so there’s not much to say about him. he wasn’t quite ready for this. The music in the film is pretty intense and definitely works out pretty well. The effects are on point as well. Some of the action scenes can definitely get quite violent though as Robert takes them all out in rather gruesome ways. He uses whatever he has on hand after all so sometimes that doesn’t leave him any room for a clean cut.

Overall, The Equalizer is a solid film. I think part of why it succeeds is in large part due to how great Robert is as a character. In a way it’s why the sequel will have to be careful with how they follow this up. I imagine that they will want to give Robert more of a challenge next time but part of the fun here was in how easy it was for him to defeat all of the challengers. I hope that even if he doesn’t look quite as good next time, he doesn’t make any huge mistakes or anything like that. The movie also tackled some pretty dark themes without going too in depth the way some titles do for a gritty feel. It’s an intense movie but I wouldn’t call it edgy or over the top. If you want to check out a solid action film then I would recommend this one. It’s a very solid start to the series.