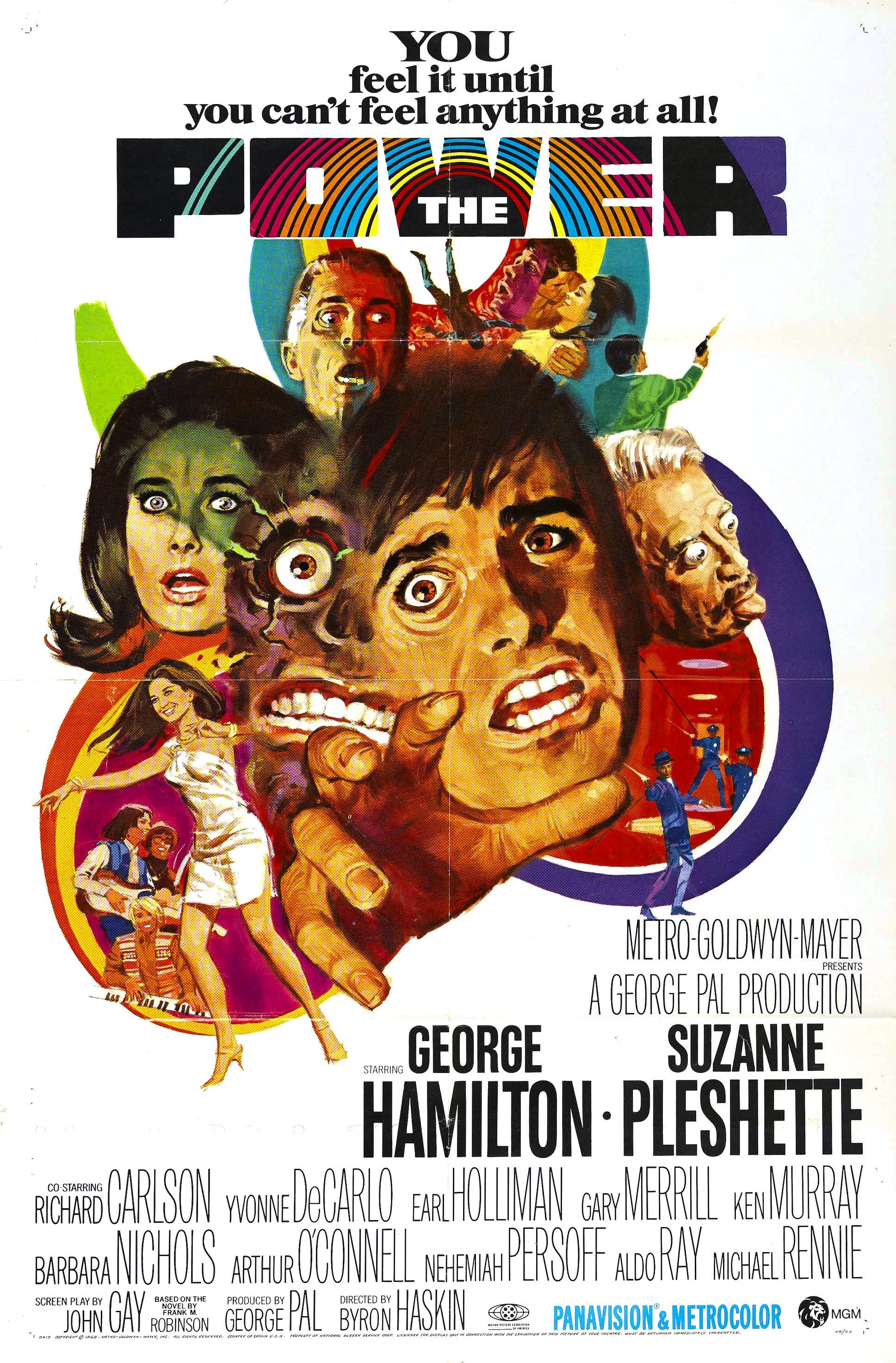 It’s time to look at a film about having powers. Similar to how characters love to yell “I have the Power!!!” there are some who prefer to be more discreet about it. That’s the setting for this film and it plays out as a suspenseful thriller. It’s a slow burner as the villain keeps on making little moves until the end of the film where the climax hits. Now, this is one of those films where if you think long and hard about it you’ll cringe at how nothing makes any sense, but that’s almost inevitable when you make a villain too powerful. It’s still a fun movie though and the ending was very unexpected so I’ll give the film some props there.

The movie starts with a government investor heading to a science firm to see how his money has been used. He is given the tour and this is basically a facility that explores pain. Every gadget in the building is wired to torture people in every which way. They get volunteers by paying people a ton of money although if you ask me it’s definitely not worth it to be put through this stuff. The government guy seems a bit unnerved but ultimately doesn’t mind and heads to the meeting. That’s when a scientist explains that he has proof that someone on the board has psychic powers based on a test he gave out. We never see this test in part because it’s a crazy concept in the first place that a test could measure something like that. If your IQ is above the max score that’s about it. Still, everyone agrees to do a quick experiment and we find out that someone does have psychic powers because a page moved all on its own. We just don’t know who did it.

The scientist is quickly murdered that night and Jim is the main suspect. Jim doesn’t like this but all of his so called “friends” betray him except for his colleague/girlfriend Margery. Together they are determined to get to the bottom of this. The only clue they have is the name Adam Hart. Looks like Jim’s going to have to do some detective work but he’ll have to be careful because danger can be anywhere. I mean that in a literal sense since the villain is able to murder people just by thinking about it and the heroes don’t know what kind of range the guy has. It seems to be quite large and the more Jim finds out about this Adam character, the more powerful the villain appears to be.

Right off the bat, let’s just look at the issue here. Adam has quite a lot of powers related to his mental abilities. He can cause illusions for starters and can appear to be anyone. He can alter your memories as well and even create solid light illusions to physically block you. Finally, he can give you a heart attack with a simple mental blast that can go through walls and appear from anywhere. As I said, the range is unknown but it seems to be quite long and there’s no defense against him since he can appear as anyone. So he takes his sweet time bumping everyone off but he could have easily taken them all out a whole lot sooner. There’s no real reason not to do it since he can assume a new identity and alter everyone’s memories so that he was always there. The guy is insanely powerful. The film offers up a decent reason for why he doesn’t finish off Jim despite attacking him several times. It only works a bit though, I can’t give it full marks there.

If we go with the reason that the film provides then that means Adam has some very severe limitations and that he is completely outclassed in some respects. It just doesn’t work because the psychic shields weren’t up yet and the guy should have tried harder especially since he already knew the twist before the audience did. I can’t really go any further than that but as I said the ending is quite excellent. It plays out a bit like a Shounen Jump title as we get a trippy scene of someone falling through darkness similar to many anime intros and then ultimately bursting out. This one does use some recycled footage and goes on for a tad bit too long but it’s still effective and the ending is quite brilliant. It also serves as a few twists at once. The way the scenes are shot just makes everyone look real suspicious.

I guess I can’t say who I thought was the culprit because just saying that would imply that it’s someone else. All I’ll say is the film gives you one obvious suspect and then a very subtle one which was who I assumed it was. Turns out that was not the case so the film did good with its misdirection. The writing was pretty solid in terms of script and pacing. Obviously the telepathic abilities are still an issue here as the heroes should have been completely wrecked the whole time but otherwise it was solid. I’d say the film just had a bit of a slow beginning as we explore the pain asylum. The place was really on the gruesome side. The first death was also a bit intense although after that it all stays rather normal.

The characters are okay although not amazing. Considering that they’re in a pretty hopeless spot they do their best. Margery definitely takes on some pretty dangerous situations and does a good of coming out on top. Jim makes fewer good decisions though. I still don’t know what he was thinking getting in the car with someone who he was being quite aggressive to the entire time and trusting that things would go well. That scene made him look pretty terrible. I also thought Jim was unnecessarily rude to the car mechanic guy right from the jump. It’s a bit odd as he is incredibly hostile to the guy before they even exchange a word. I guess they got off on the wrong foot. There are a few other members of the council of course like the friend who is quick to not have Jim’s back and then the German professor who falls asleep rather easily and doesn’t really help the heroes out. There wasn’t a whole lot the guy could have really done anyway though.

Overall, The Power is an interesting movie. Parts of the movie can be a bit slow like the whole party scene that goes on for a bit longer than it needs too. The heroes also sure do get distracted by romance a lot during a pretty serious situation. Jim is super reluctant to even look into a possible murder near the beginning of the film since he just wants to hang out with Margery. You know, Jim sounds worse and worse as I write this review so maybe he was just a bad character. While all of these factors keep it from being a very good film, I’d still call it a good one. The ending alone helps make this worth a watch because I really like how the twist was implemented. The murder mystery at its core is also pretty interesting as everyone gets bumped off one by one. If you want to see a paranormal hunter gunning after everyone then this is the film to check out. It is a unique premise as I can’t recall seeing another movie quite like this one.