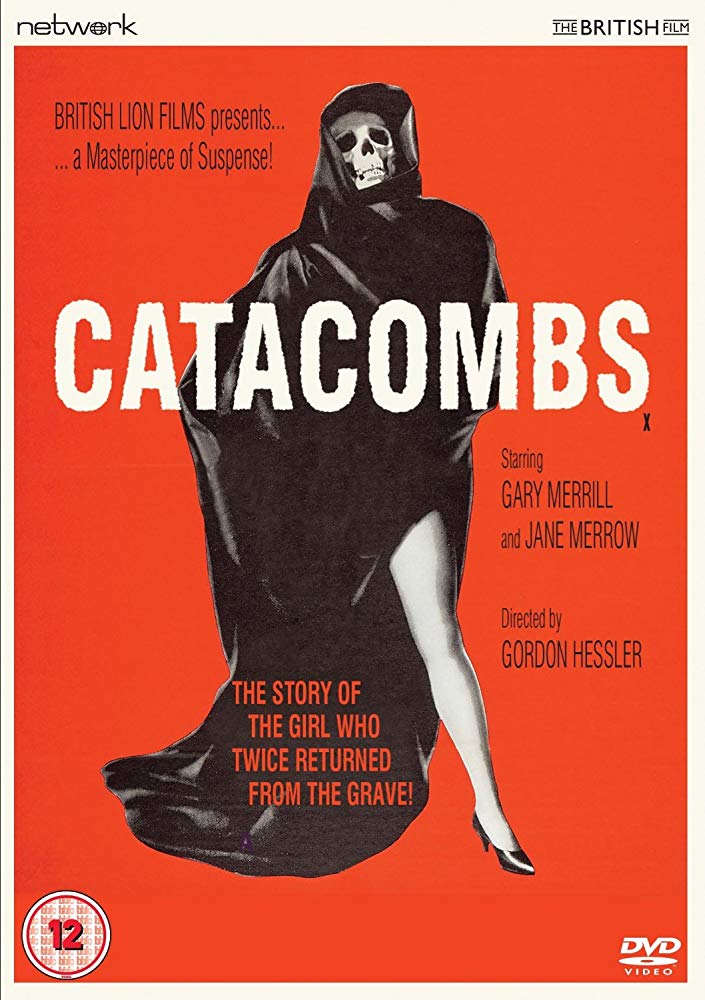 It’s time to look at an old film that is pretty bad right out of the gate. The plot itself will let you know that this is a movie that’s not going to be very good. If you don’t know the plot then I suppose you wouldn’t know what you’re getting yourself into since the title isn’t half bad. While the actual “wouldn’t die” part of the film is a little interesting, it’s too little too late to save this horrible movie.

The film starts off by introducing us to Raymond and his wife Ellen. Nobody seems to like Ellen. While she is a rich lady who has built a great empire, she did it by being rather ruthless. Her top worker Richard wants to destroy her, but he can’t think of a way to do it without going to jail. Meanwhile Raymond no longer likes Ellen all that much, but she’s rich so that’s reason enough for him to stick around. One day their niece Alice shows up and Raymond decides that he wants to be with her instead of Ellen. Looks like he’ll need to team up with Richard to bump her off. Ellen has mystical trances though so is it possible that her spirit will avenge her?

No matter how you slice it, the romance between Raymond and his niece Alice is trash. That’s the kind of plot we really never need to see in a film. It’s so far beyond the pale that it dooms the film to a low score immediately. There is literally nothing that can save the film from this. Even if they do some kind of twist where they are not related it doesn’t change the fact that he wouldn’t have known that so the film is finished. It puts a sour spin on the film and that’s not even counting the fact that Raymond is a terrible main character.

There can be no excuses for cheating on your wife. Once you marry and commit to the vows then that’s the end of that. If he has any regrets then too bad, but he’ll have to live with them. There is no way to root for Raymond and it’s always hard for a film to succeed with a main character like that. Any scene with him on screen is one scene too many. You’re just waiting for him to ideally get bumped off at the end of the movie. That being said, the way his character arc ends is incredibly convenient to the point where it isn’t even remotely believable. It’s the kind of thing that simply wouldn’t happen in real life. There’s just no way.

Meanwhile Alice is no saint either. Both parties are complicit when it comes to cheating particularly since she knows what is going on. She’s almost as bad as Raymond in that sense. It’s really showing that neither one of them had a lot of respect for Ellen. Ellen’s the only character to reasonably root for in this film. Everyone is ganging up on her so you hope that she’ll find some way to tip the scales. She is super old though which doesn’t help matters. Nor does the fact that she is constantly plagued by powerful pain spasms where she can’t even move. That’s very dangerous when you’re in a place where everyone wants to bump you off.

Then you have Richard who you know is a villain from the start when he casually talks about getting rid of Ellen. The fact that Raymond just sits there and lets him say all those things also shows how Raymond’s going to turn out. In general this is just a very mean spirited film the more you think about it. One example of this is the nice actress who ends up getting manipulated by the villains and then meets a fiery ending. She literally only appears to quickly get murdered here. All of the characters who are left are really bad and so there is nobody to root for. You certainly aren’t going to feel bad for the main characters when things go sideways. There’s no fun to be had in this film. The romance is just so bad that it can’t be overstated. Since that’s the main premise here it means that you’ll be cringing the whole time.

At least the movie isn’t particularly long. You’ll be done with it before long. If anything the tag-line/altered title ends up spoiling most of the film since the death takes quite a long while to happen. I always do wonder where people put the cut-off for spoilers. See, I’d consider the title to be a spoiler in this case. In general I never mind spoilers as you’ll see what happens sooner or later, but for people who don’t like to be spoiled I’d say that the title gives a whole lot away. Maybe it was the only way to sell tickets. In some cases you’ve just gotta do what you gotta do I suppose.

Overall, I highly recommend sticking away from this film. It’s a movie all about betrayal and deception but not handled in a good way at all. The ending happens in the one way that this plan could ever work which is extremely convenient and not believable in the slightest. At least the ending gives us some hope that the villains will end up paying for their crimes. It’s a very open ended kind of finale where you can really decide for yourself what happens. I’d make the case that there is enough evidence here for the cops to be able to claim the win, but different people will likely come up with different verdicts.