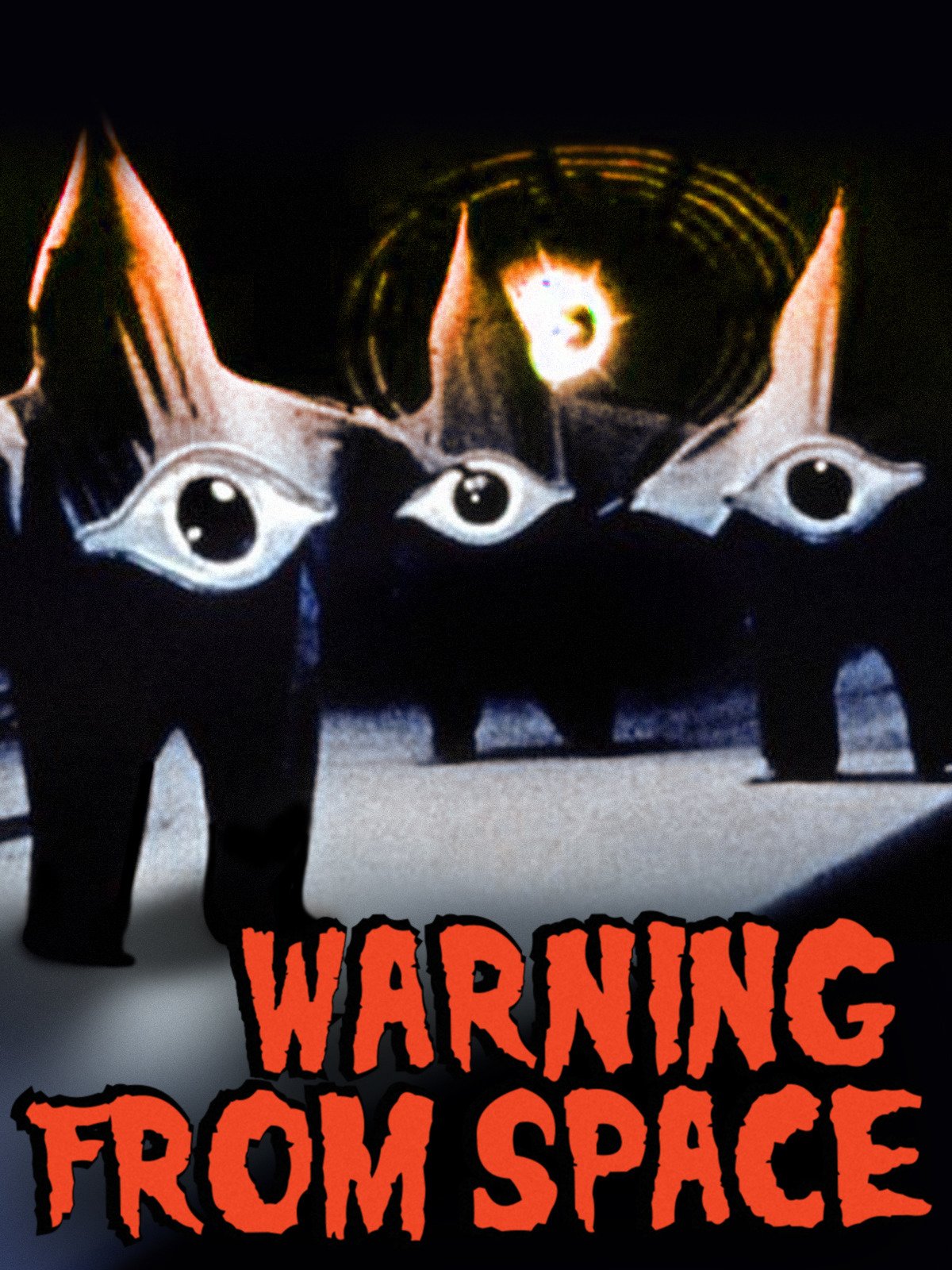 It’s time to look at a retro sci-fi film complete with aliens. I’m always up for a good sci-fi epic and aliens approaching usually means some kind of invasion is here right? Wellllllll…not quite this time. I was really surprised because for the first time since 2001: A Space Odyssey this was a sci-fi film that was a little…boring. Nothing really happens for a large portion of the film which was disappointed and even the climax is fairly underwhelming. Should have gone the invasion route.

The movie starts with a group of starfish aliens discussing what to do about Earth. They need to contact the scientists of the planet. There’s a few ways they can go about this of course. One would be to send some kind of radio transmission from space while allowing their spaceship to be seen to prove that they are who they say they are. Perhaps they could beam a few people down and start talking to the humans real quick. Preferably in a bullet proof suit since the humans love to blast things right away. Send some cool signals, send a UFO, maybe kidnap a few of the humans real quick. Well…instead they try slowly walking out of the ocean and breaking into homes but don’t really talk so people naturally think they’re monsters.

You may be questioning the alien’s intelligence at this point but then they decide they’ll just copy the appearance of a human and send someone in undercover. Perfect…except what’s the next move? She spends some time playing tennis with the group and acting human except for when she jumps 10 feet and walks through doors that are still closed for kicks. She’s not great at staying undercover. She burns some notes and only after the main characters make some deductions does she finally reveal her intentions of why she is here and how to save the planet. I just don’t understand what the aliens were thinking, there were so many better ways of getting around this.

It’s hard to say how much of the plot to explain here because I suppose the reason they are here at all would be a spoiler to an extent. Still, the main characters do get on board with this plan rather quickly. While that may be a little too trusting on their part, it does end up working out so I suppose it was for the best. Without going into specifics, the whole thing once again makes the aliens look kind of suspect. They are very quick to destroy the formula to a super weapon since it’s too dangerous and yet they didn’t think that this weapon would be useful against the upcoming crisis? Hmmmmm.

Lets talk about the main characters now. First up is Dr. Matsuda who is a genius and has discovered a weapon even more powerful than atomic energy. He stays strong throughout the film even when put into great danger and at least he does take some things in stride like when Ginko (the main alien) confronts him. The guy does well to memorize his formula as well so that came in handy. Then you’ve got Toru and his father Mr. Itsobe who get major roles. Mr. Itsobe is effectively the leader of the heroes because of how he’s quite intelligent but also very resourceful. Without him the characters would be in trouble although he is a little quick to dismiss the possibility of aliens. He also refuses to even speculate on things until he has a lot of evidence so you don’t even need to bother asking him for an opinion initially. Toru may not be a brilliant professor yet but he helps out quite a bit and is one of the first people to find evidence of Ginko not being your average mortal.

One thing that doesn’t help the film’s case either is that some animals don’t quite make it by the end. This even includes a dog and you may be wondering what the point of the scene was. There wasn’t one really. I thought perhaps the film would save itself in the end as we see some animals running around but it’s heavily implied that these are completely different animals and that the originals are all dead. If we had seen one of the old ones then maybe we could say they lived but otherwise I feel as though that would be a jump on our end. So the film loses points there as well.

As to what the film did right, I did like the design of the star creatures. It was pretty fun seeing them walk around even if it could be a little hard to understand them at times. That’s probably more due to the quality of the film since it’s so old at this point compared to the costumes themselves. The graphics definitely looked quite old as I guess the film has probably deteriorated at this point. The sets were on point though.

I wouldn’t call the writing particularly impressive but I didn’t think it was bad either. There’s just not a lot going on for most of the film and the characters don’t engage in any real witty banter or memorable one liners which limits the film’s ability to keep you engaged. It’s not a super long movie but it is one where you feel the length. The average James Bond film which is around 2 hours will typically feel shorter than this one due to how things are always happening. At the end of the day I feel as though the film just went with the wrong tact. It should have gone with the classic alien invasion storyline.

If you are going to go with more of an undercover story as the aliens try to contact the humans, I think the plot needs to be nailed down a little more on why they did things so out of the way. Why couldn’t they just contact the humans in another way or explain the plot as soon as the transformation occurred? It felt like Ginko just didn’t know exactly what her plan was initially. There are ways to make this plot work but it is a little more difficult than actually having a real villain to go up against. That’s probably why some random gangsters were added in the end but lets face it, their roles are extremely small.

Overall, Warning from Space is a very accurate title but this just isn’t a particularly engaging film. There isn’t a true sense of danger for almost all of it and the dialogue isn’t very engaging. The characters don’t really progress much in what they’re saying so it feels like they are talking in circles a lot of the time. This movie really needed to add some more excitement and also definitely leave the animals out of it since they had no business being here. A sequel to this film could be quite good though if they up the action and make it so another race of aliens is here to end the planet or something like that. Now that could work out quite nicely.