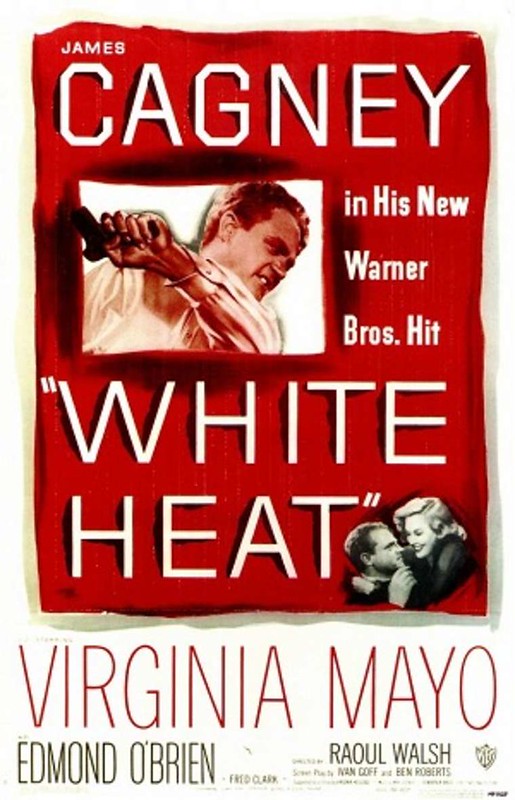 I’m afraid we’re in for another stinker folks! White Heat decided that maybe they could pass off a corrupt mobster as the charismatic main character and get away with it. They were wrong, not only can Cody not hold his own film, but this one ends up dragging quite a lot. It’s nearly 2 hours and that’s pretty crazy considering that this one came out in the 40’s. Whatever they were thinking with this film, it was not in the same train of thought that I had. Sorry folks, but there aren’t a whole lot of positives to say about this title.

The cops have been after a guy named Cody for a very long time. This mobster is ruthless and his crimes against humanity must be stopped. The detectives decide to send an inside man into the jail to figure out why Cody has turned himself in and to stop his plans. Hank (The agent) doesn’t agree, but he is forced into the job and proceeds to follow the gang around. Will he have the heart to betray Cody or will he become corrupted. After all, hanging out with the wrong crowd can always be dangerous.

One of the main problems with this is that Hank takes way too long to make a move. He really takes his directions to the letter here and follows Cody around from base to base. Quite a few people die as the gang goes through and Hank finally makes a move at the very end, but it took a while. He was still overpowered as well since he let his guard down. Not the greatest secret agent is he? Hank’s not even likable as he has to pretend to be a villain the whole time. He almost got away with it too, but it turns out that he had locked up one too many villains in his day so someone was bound to recognize him.

Cody is a terrible protagonist. He’s the average villain that you would expect from back in the day, only he’s the main character so you have to see him a lot longer than you’d want too. He’s not very smart and doesn’t realize that someone tried to bump him off until someone spills the beans later on. He is able to fight off about a half dozen cops with a bait/punch combo that was pretty unrealistic. Still, it’s a feat for him I suppose, but physical strength doesn’t make up for the fact that he is not a very imposing villain. He’s prone to headaches and his minions could really betray him at any times. He gets the last laugh against some of them, but that just shows how weak the other villains are. He puts up a fight in the climax, but it doesn’t save Cody. If you got rid of the fact that he had a fake romance with one of the mobster girls then he would have risen up from horrendously bad to just very bad. I know he’s not that smart, but it was obvious that she was playing him and he seemed to know it at times.

Cody’s Mom is easily the MVP from all of the villains. She talked tough and backed it up throughout the film. She may have bitten off more than she could chew by trying to take down a gang, but at least she was always prepared to fight until the end. She helped the villains get through a lot of tight spots with the police and she would have been a much more engaging lead than Cody. Even Cody’s rival probably would have been a cooler lead, but he was still a bad character so it wouldn’t be much of an improvement.

As you can see, most of the cops were not all that helpful or even good at their jobs so I wouldn’t really say that any of them were particularly likable. Just watch how easily the villains get out of the jail and you’ll be face palming. The security defenses were quite bad to say the least. The government would not have been proud if they had witnessed the whole debacle. At the very least, the cops talk tough like when they interrogated the villains, but even then they were verbally destroyed by Cody’s Mom.

Again, the film is two hours. Why is it two hours when this plot seems rather basic? Well, we have quite a lot of moments that are around to buy time. For example, the storm that hits the villain’s base. They stand around there for a while as the film gives us a lot of exposition and Cody starts to freak out. The scene goes on for quite a while to pad out the run time. White Heat could have easily shaved off a good half n hour and nothing would really change, except that the film could have maybe been a little better. A different main character would be crucial to making a real difference here though.

As per usual, you can tell that this film is really bad because it is not enjoyable. There are no fun scenes here or moments that will get you excited as you wait to see what will transpire next. White Heat never gets you engaged in the story and as a result, you’ll just be sitting there wondering when your next meal is going to occur or when the film will end. The best case scenario is that you start telling yourself how the film could have been better as the scenes go by. “Why wasn’t there any good music themes here” “Why are the characters not doing this?” etc.

Overall, White Heat is a film best left on the forgotten shelf. It doesn’t know what it means to be a good film and it just kept on getting worse and worse. Making a film based around a villain is always going to be very tricky since it’s difficult to make a villain likable. Extremely difficult and even more so nowadays than it would have been in the classic era. The best chance is to make the villain rather mild and petty, going for Now You See Me type of crimes instead of giving someone like the Joker his own film. It’s a lot of trouble to make it good though so it’s a lot easier to just churn out Spider-Man 10 or Godzilla 79. If you want to see a good film where the main character isn’t a hero, check out Madoka Magica Rebellion. Prepare yourself for an epic ending!