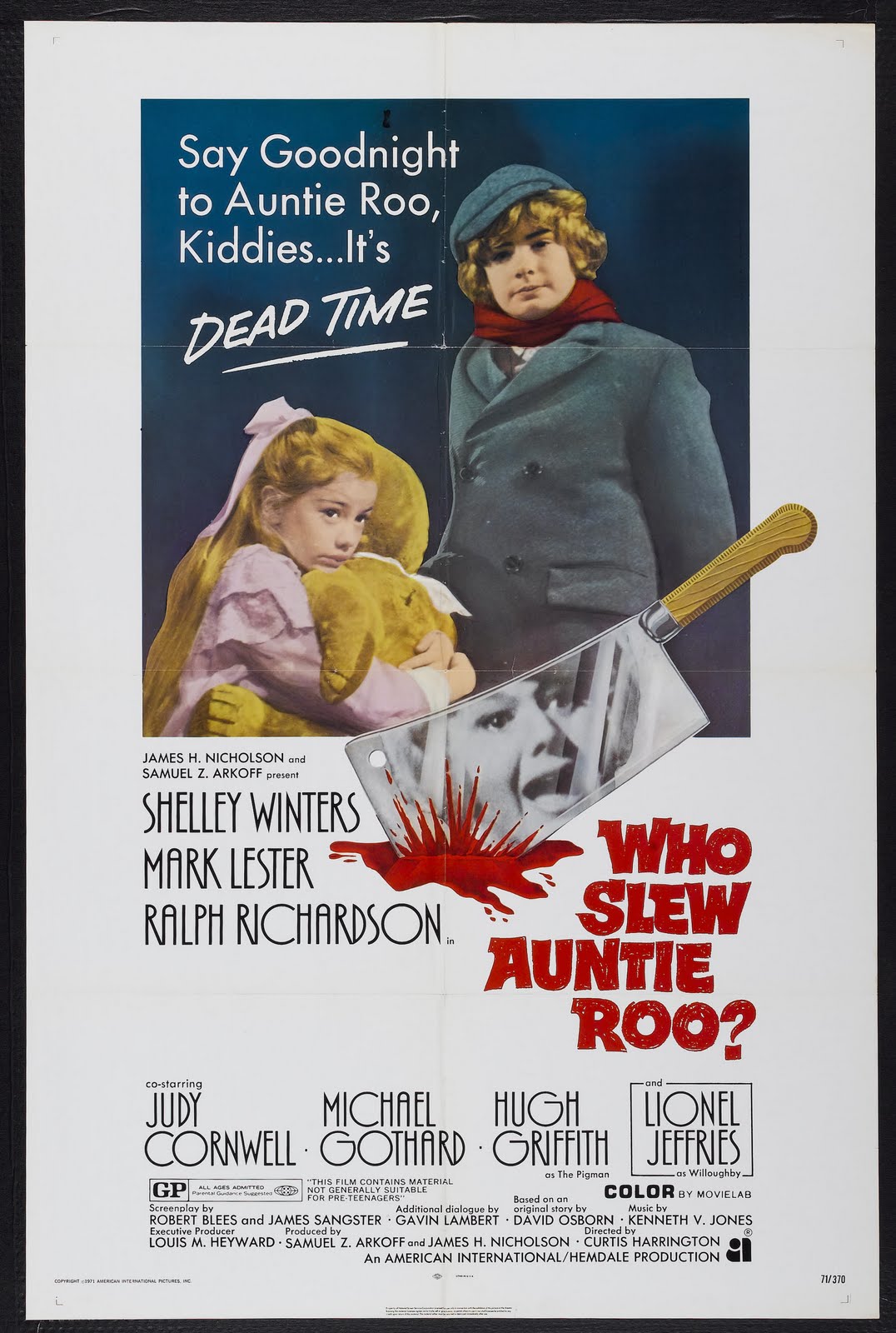 It’s time to look at an old film that tries to be a thriller/horror title. It’s pretty low key in part due to how old it is, but also because it’s not a jump scare kind of film. It has a very British air about it as the villains are polite and there are always veiled threats. It’s not a particularly good film though and this is probably because the main characters are kids. Kids can’t hold their own movies, they’ve never been able to in the past and they certainly don’t seem to be starting now.

The film starts off with Roo introducing herself as a nice old lady who allows a group of orphans to stay with her every Christmas. The orphanage even makes it into a bit of a competition as only the 10 best kids every year are allowed to go. Two extra kids manage to sneak in this year though and they are Christopher and Katy. Roo decides that this time she’s going to keep a kid and so she tricks Katy into staying behind. Christopher finds out about this, but then he is also trapped. Can Christopher and Katy get away from this crazy old lady or is their time up?

Of course this film only works if all of the characters look the other way. From the start why would the orphanage people leave one of the kids behind? That goes past just being irresponsible, they don’t even know Roo all that well. It’s a pretty iffy moment for all of them. Even after they go home though, it should be obvious that the kids are still in the house. Why didn’t the police come with a warrant right away and tear the place apart? Naturally the orphanage people do seem a bit rude so perhaps they didn’t want to have these kids back, but it’s definitely a bad look for them.

The only characters who do realize what is happening turn out to be crooked as well and get some money out of Roo. This also hurts Roo as an antagonist though as she is tricked and suckered for a good part of the film. She’s pretty crazy to be sure, but you at least want her to be in the captain’s seat. Instead she takes quite a lot of Ls throughout the whole film. You definitely don’t expect to see two little kids outsmarting and outrunning the main villain right?

Still, that doesn’t mean that the kids are great characters though. Katy is a little too young so she doesn’t get what is happening the whole time. She mainly slows them down and Christopher means well, but he’s also too young to be of much help. He has a smart play with the fire, but ultimately the only way they are able to succeed is because Roo makes a ton of mistakes the whole time. If she was more on the ball then they would have absolutely been doomed. She has home field advantage and a big edge in speed and power. There’s no real way to get around that.

It doesn’t make for a very pleasant plot though. Even though the film isn’t played quite as seriously as a modern version would be, it’s basically a villain kidnapping two kids. There’s no time for snappy dialogue or good interactions as a result. The character cast is very limited and most of the scenes are just about Christopher being forced to help Roo out with errands around the house. That’s not very thrilling at all and certainly can’t hold a film for very long. There’s no real fun factor in the film so it just drags on and on.

The ending does its best to not make the kids particularly sympathetic either. I don’t think anyone would blame them for taking down Roo, but by the end they seem to have actually convinced themselves that she was a witch from a fairy tail. Christopher is fairly young, but at the same time he’s old enough where you wouldn’t expect him to still believe in fairy tails. While Roo likely wasn’t going to cook them, she was still clearly evil from all the threats she made and she did tend to wave her weapon around quite a lot. I suppose the cops will never find out how the fire really started.

We also can’t forget that the film had to squeeze in a dead chicken for no reason. It’s one of those sudden scene cuts that I suppose is meant to remind you that the villain means business. Roo isn’t the one doing the chopping, but the same chopping knife is used later on so it’s like foreshadowing. The scene also throws in the unnecessary fact that the guy selling the chickens is getting pretty fresh very quickly. It’s a detail that never gets brought up again and ultimately has no point in the film. You can tell that the writing in a film is suspect when there are pointless filler scenes like this one.

Overall, Whoever Slew Auntie Roo is not a film I’d recommend. It’s not horrible for content or anything, but it’s just very dull and lifeless. There isn’t a whole lot happening in this film. It’s like all of the scenes are just filling out the air time, but there isn’t any personality thrown into the mix. The movie is going through the motions but only because it has to and not because it wants to. There’s no real reason to watch such a film as you can find way better thrillers and horror titles elsewhere. This one is like a slice of horror film since nothing much happens beyond the premise. Check out something with a little more character instead like Jingle All The Way.