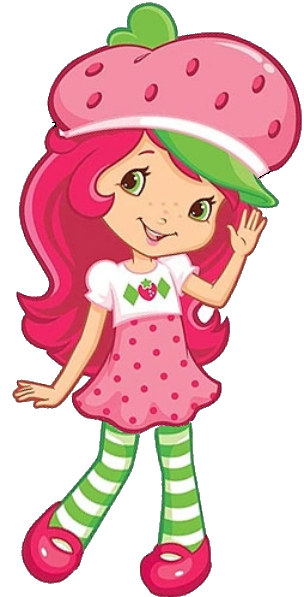 Suggested by Sonic This is a pretty close battle. Polly Pocket may be able to shrink and turn into a mermaid but Strawberry Shortcake is older and can even drive a car. Ultimately I would give this to Strawberry. She is a prodigy in almost anything that she tries and fighting could be one of those talents. She would have the physical advantage and lets not forget that she can spam throwing cakes at Polly. Ultimately I don’t see a path to victory for Pocket. Strawberry Shortcake wins.

Polly Pocket is back and now she’s up against Coraline! Coraline may be small, but she’s nimble and she’s also very smart. One good punch from Coraline should end things in an instant and also put Polly Pocket in her place. In theory….that is how it would work. Still, Polly Pocket seems to have the fighting advantage and she could likely block Coraline’s attacks until she wins. Polly Pocket wins.

Polly Pocket is back and this time she’s up against Gwen Stacy! Gwen became the female Carnage at one point and definitely outranks Polly Pocket. Polly Pocket is one of those characters who likes to have fun, but she won’t have much fun in this match. She drops down the ranks. Gwen Stacy wins.

Polly Pocket knows how to have fun, and if that’s what this match was about she’d win, but this fight is about the Last Person Standing. So Salt wins this with a bullet. Polly Pocket wouldn’t last through the pain and would die pretty fast. Polly Pocket takes another loss after all these months. Salt wins.

I finally get someone that I should have gotten long ago. Polly Pocket has had enough fame so she can drop off the charts here. With an 0-1 spot she will forever be overshadowed by the others. This is goodbye forever to her. Diabound wins.