This review is of the TV-14 version of the film. All thoughts below should be addressed as such as a review of the unedited version would likely be more negative 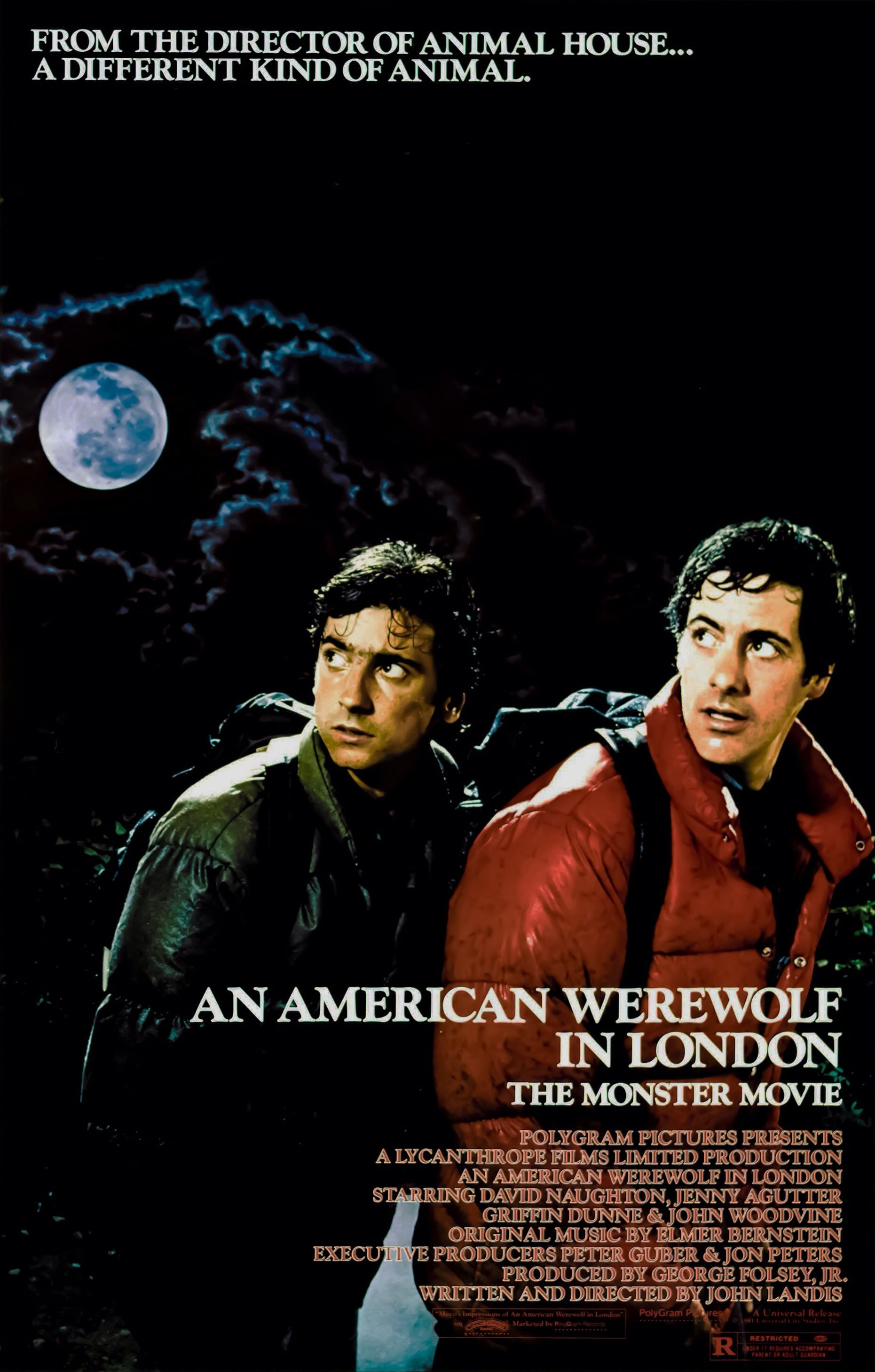 Not another Werewolf film! These tend to always be really bad and unfortunately this one is no exception. Put it this way, you’re going to see the usual scenes of the Werewolf running around and eating everyone but the film isn’t trying to be more than that. I give it some kudos for trying to throw in some humor. The comedic moments are when the film is at its best but once it gets back to the actual werewolf moments then that’s game over. There is just no avenue for victory.

The movie starts with David and Jack hiking in the middle of nowhere when they finally come across an inn. They desperately needed a place to rest so this is perfect but there is one issue. The people here are all rather mean and tell the guys to get lost. It doesn’t help that Jack can’t help himself and talks about the odd pentagram they had in the inn. So back outside they are attacked by a werewolf. Jack is quickly murdered while David is saved by the innfolk showing up to dispatch the creature rather easily. No need to be afraid of the monster when you can just blast it away right? Unfortunately the werewolf curse has gone over to David now.

The ghost of Jack appears and warns David to finish himself off before the full moon or he’s going to murder a ton of people. David doesn’t believe this initially plus he is also busy trying to pull the moves on Alex, his nurse from when he was in the hospital. They have a quick affair and it’s all going well for him until he does turn into a Wolf. Now he knows that it is possible but the time is ticking and it is nearly time to transform again. Does he have any options to remove the curse or is he doomed to be a Werewolf now?

As you can probably guess, Jack is the most annoying character here. A lot of the bad things that happen to them can be directly attributed to him. He shouldn’t have caused trouble at the inn when they badly needed to rest. Then as a ghost he does try to help a bit I suppose but he isn’t super clear about it. If he joked around a little less and had a heart to heart with David then maybe he could have gotten through to the guy a little sooner. It’s an idea at least and I do think that it would have had a reasonable shot at succeeding.

As for David, I can’t say that I liked him much either. He was flirting way too quickly and the romance was really weak. It was really fast without much development and while it’s all very lucky for the guy, he also appears a bit easy as a result. If not for being a Werewolf I suppose he was pretty well set off for the rest of his life. I guess he’s just that charismatic but he definitely isn’t well equipped to deal with the curse. By the time he does know that it’s real he doesn’t make a whole lot of headway on stopping himself from hurting people. I actually think he should have gone with Alex back to the doctor to see if sedating him would work. Running off wasn’t going to help anybody.

Alex isn’t the most believable character around since you’d think she would have found his advanced annoying while she was trying to work. It’s another reason why the romance doesn’t work but at least she is very loyal the whole time and was trying to help him. So she gets points for effort and having the right intent there. Then there is Dr. Hirsch who is a solid character. He doesn’t believe in any of this supernatural stuff but once the facts stop adding up he does actually look into things. He doesn’t just shut off his ears and run around, he’s proactive about doing something and that’s why I give him some credit here. Other doctors would have just stayed in the office the whole time.

Inspector Villiers doesn’t have as much to do though. He’s around as you always need an inspector in all Werewolf films but doesn’t do anything beyond his role. You’d forget that he was in the film half the time. It’s not like he is effective at stopping the Werewolf. There is quite the body count here. Even some of the murders are done in a bit of a comedic way but the film still doesn’t hold back on the violence. It’s one of those titles that is really violent while also keeping a chipper tone the whole time. I do think that’s a pretty solid way to do things but it’s only a small consolation in the end.

The transformation scene may be iconic but it is much too long. I would have definitely shortened it quite a bit so he just powers up into Werewolf mode. The actual form is also very different from most Werewolf forms. It’s more of a beast on 4 legs than your standard two legged Werewolf. As everyone is brutally murdered you’re just waiting for someone to take him out already. A few good bullets would do the trick but unfortunately most of his victims don’t really see the attacks coming so they aren’t quite prepared for this.

Outside of the violence the film also likes to go for rather gross imagery that doesn’t help matters either. Jack looks more and more disfigured as the film goes on. It’s not afraid to be as out there as possible and having him just be bones would have been preferable. There’s an interesting meeting where the victims meet together to tell David to bump himself off. It’s definitely a big moment of dark humor here as they are relentless but it works rather well. The backdrop just should have been anywhere but at the theater since the film that was playing was very sketchy. Not the kind of audio backdrop you want for such a big conversation.

Overall, An American Werewolf in London may have a little more fun with the premise but ultimately it still runs into all of the same old issues. It’s a little too violent for its own good and a Werewolf doesn’t make for a very imposing villain. I think you’d have done better with throwing in another Werewolf to fight or maybe add in some supernatural elements. Something to keep this from being just another Werewolf movie would have been ideal. I do think the genre is more or less doomed though as there is only so much that you can do with the premise. I think that’s something that this film is seeing the hard way. I’d definitely advise you to skip this one.