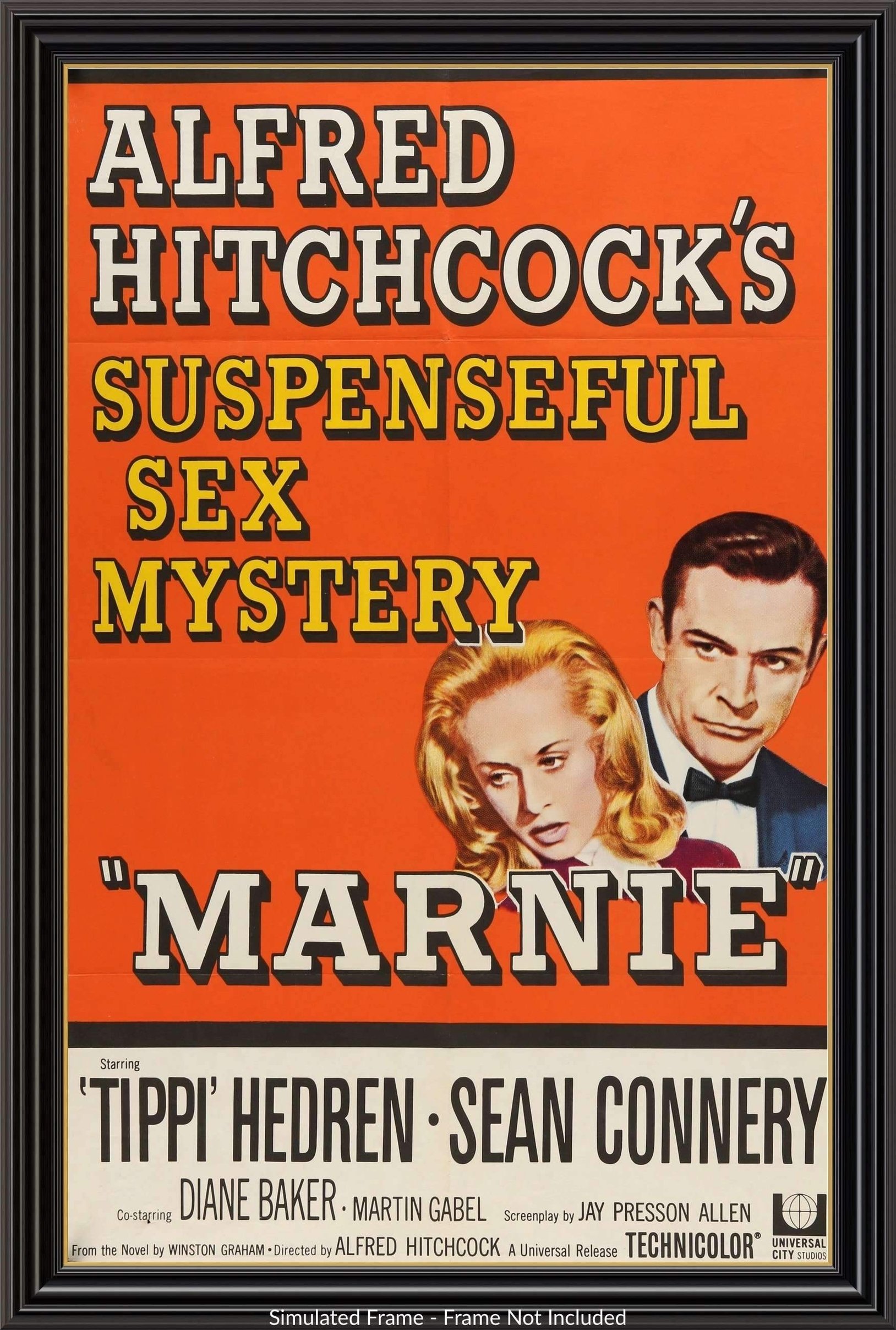 Marnie is the kind of film that sneaks up on you. By all accounts it should be a pretty decent film as it was made a long time ago and has the classic writing/witty dialogue that you would expect to see here. Unfortunately it makes a number of key mistakes which ultimately doom it to not just being a bad film, but a horrible one all around. There’s certainly no reason to check this out so I would recommend giving it a hard skip.

The movie starts with Marnie swindling another business out of a lot of money. She enjoys going around and stealing money whenever she can which she then gives to her mother Bernice who suffered a major accident a while back and needs the support. Marnie’s next target is another big company led by Mark. What she doesn’t know is that he is one of the people who saw her at the last job so it isn’t hard for him to catch her. His terms are that he won’t report her to the police if she marries him so they get married but she is determined to make this difficult on him.

Everything goes straight down from there quite drastically. For starters we get a pretty random plot with her horse where it shows up but missed the jump and gets injured. Marnie has to put him down which shot a hole through the film’s chances of survival. The horse seems like he was added in just to be blown up which was a bad move. There was just no reason to do this. The film already had enough issues but at the end of the day this does tie into the film’s core problem which is trying to add too much information and backstory. We really don’t need to know any of this stuff for a solid mystery but the film insists on giving everyone an origin story or an extra detail.

Take Lil who is the main villain here. She’s trying to win Mark away from Marnie and it would be the usual love triangle except for one fact which changes everything. She’s Mark’s sister in law. So that basically throws the whole plot out because it’s just an awful storyline to even include in the film. Why did we need to add this extra information to her character? If she was the childhood friend or something it’s be cliché but at least would work a lot better than this variation. It’s too bad because she is easily the most entertaining character of the bunch and I dare say the smartest as well.

Then you have Beatrice and her whole backstory. Naturally it’s tragic to fit in with the rest of the film as she was in a dicey business and getting out took a lot of effort and turned into a whole conspiracy. Where the whole thing ends poorly is that suddenly she is unable to love her daughter anymore and I have a hard time buying into that. Does she sub consciously blame her for what happened or she’s just been completely traumatized from physical touch after the incident? Either way I don’t see how this would totally be blocking her from at least showing some more kindness towards Marnie.

Of course we can’t end there. Then you’ve got Marnie’s phobia of the color red as well as physical contact. This also transfers over to storms as well so she has a phobia of quite a lot of things by the time the film is through with her. We have a rather painful scene where she absolutely refuses to be touched but Mark had enough of this subplot by then and forced the issue. I don’t see why this part of the phobia had to be added and it couldn’t just stick to the color red. Having the phobia evolve with the film’s loose explanation of she was faking it all during the first act was definitely very weak.

Marnie gives Mark a tough time throughout the movie though as she struggles at every turn and never makes any effort to change. While the scenes can have good banter at times, the film never changes things up so a lot of the dialogue remains the same with slight variations. Then you have Mark who isn’t exactly a hero either as his main goal was to marry Marnie from the start so he effectively allowed her plans to progress until he could make use of them. He does what he can to rehabilitate her for most of the film but ultimately wasn’t able to stick the landing such as the boat scene.

This film does have some of the typical thriller aspects like having one person from Marnie’s past show up to start stirring up some trouble. I was glad for at least some quick stakes here because the film needed something. It’s just a shame that it couldn’t focus on this plot a little more and just throw the other ones out. That would have gone a long way towards improving the movie without a doubt. The main issue is really just the writing as it relies on a whole lot of shock value to keep the film going. That’s always a sign of poor writing because it means they were not confident enough in the script to get people watching towards the end without such big scenes.

Overall, Marnie is a film I would highly recommend staying away from. All of the plots are pretty bad here so the film never really gives you a chance to just sit down and enjoy the scenes at hand. It’s always throwing more shock value at you which definitely destroys any chance of the movie actually turning into a quality experience. It’s a shame because at the very least the premise of a thief going around robbing a bunch of people with the boss knowing about it could be fun. This just won’t be the title that actually puts that kind of storyline on the map.