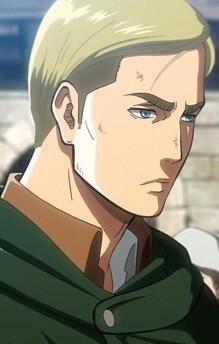 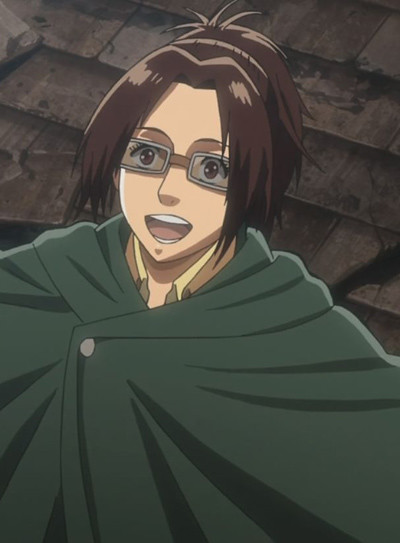 Erwin and Guren are both good commanders, but Guren has the edge in actual power. Erwin can talk the talk, but he can’t walk the walk. If it comes down to a fight, Erwin is essentially powerless. Guren has super speed and his sword skills enable him to fight on par with vampire warriors who have physically superior stats to humans. Guren’s partnership with a demon can also grant him exceptional strength when necessary. It comes at a price, but on this site, the characters are willing to take any risk to secure the win! Guren Ichinose wins.

Attack on Titan is still mega popular and that won’t be changing anytime soon. The anime was a big hit and now we have 4 different manga series with many more likely on the way. This one finished pretty abruptly with two volumes, but it goes to show that some prequels do know when it’s time to quit. I think they made the right move keeping this to two volumes because they can blast through the plot a lot quicker without having any pacing problems.

The plot involves Levi and his two friends: Isabel and Farlan. They are from the underground area where thugs run rampant and it’s very chaotic. They are used to just trying to survive and they are experienced. One day, the Survey Corps arrives and they force Levi and his partners into joining them. The “heroes” plan on destroying the leader of the squad, Captain Erwin. For now they shall play along and once Erwin has served his purpose….then they will destroy him!

Well, Levi is a whole lot better in this manga than the main series. I really disliked him there due to how far he will go to protect his ideals. It’s fine to save the world, but you have to prevent yourself from becoming a villain in the process. There are complex scenarios where becoming the villain is used so that the others can be saved,(Yugioh GX) but the circumstances were completely different and it was done in a much more acceptable manner. Back on topic, the Levi in this series is more like your typical action hero. (Ignoring the fact that his whole mission is to destroy one of the “good” guys) Levi is skilled and he doesn’t fear any of the other humans. He’s not really friendly with other humans, but he means well. Levi is just always thinking about the mission so he has no time for sentiments. His two friends keep him in check as well. I may never get around to liking Levi as a character due to the main series, but I can definitely say that I like his portrayal in this series. The author certainly did a good job.

Isabel is one of Levi’s friends and she’s pretty cool. She’s very enthusiastic about the whole thing and she loves bragging about how tough Levi is. Her skills are pretty fierce as well. She may not be quite as intense as Mikasa, but she still outranks plenty of the Survey Members that we’ve seen in the franchise. I would easily put her in the top 10 characters in the franchise and I would expect her to be playable in an Attack on Titan fighting game. (Someday)

Farlan is Levi’s other pal and he’s not incredibly interesting. It helps that his design is pretty similar to Erwin’s so it can be very easy to mix them up. Luckily, the plot usually doesn’t have them together so this isn’t a real problem. Farlan is usually the guy who gets Levi to back off from his quest on beating everyone up. Farlan’s a tough guy to read because you’re never sure of his true intentions. He doesn’t enjoy combat quite as much as Isabel or Levi yet he’s really into the mission of taking out Erwin…except when he’s not. I couldn’t really get a read on the guy. He’s definitely not a bad character so I guess he’s just average for me.

Erwin is the big Survey Corps member and he’s mentioned a lot. He’s barely a big enough character to be mentioned despite the fact that he’s always in the summary. He is the guy who makes the series possible as he forced Levi and the gang to join up. He’s definitely not likable though and he believes that the end justifies the means. He did something to one of the higher ups to cause him to change a vote and it likely wasn’t a heroic deed. Forcing Levi and the group to join his cause also took some measures that no self respecting hero would likely commit too. At the end we’re supposed to admire his passion to make the world a better place, but I really can’t get on board with the plan. Humanity is so corrupt in the manga that they’re not much better than the Titans. (Of course, that would bring up the Titan debate on whether they can actually think or not. The Abnormals are the wild card. I definitely am not rooting for the Titans in this case, but the humans make it hard for me to root for them. I guess I’ll just root for nature)

The art for the manga is pretty solid. I would definitely make the case that it looks better than the original series. Everything is clear and even the fight scenes aren’t hard to follow. The Titan rampage scenes also aren’t as unnecessarily violent and it feels (Ironically enough since this is a Shojo series) more like a classic Shonen Jump battle.

One reason why this spinoff is a lot better than the main series is because the violence isn’t quite as over the top. Now, I mentioned that it was good that the series is so short and this is the main reason. As it stands, the first volume was much better than the second one. (The series would have gotten a 6/10 if it had just been a one shot) In the first volume, Levi still takes out a Titan and it’s still a violent act, but it’s not as detailed as it could be. The artist doesn’t place emphasis on the slash and it’s more of a normal effect that you would see from Bleach. It wasn’t over the top at all and I can definitely live with that.

The second volume gets a little more dicey as it veers back into main series land. Cheap shots to the weak parts and a lot of humans getting taken down for the count are included this time. Levi taking out a bunch of titans is cool of course and it’s handled pretty well for the most part. I just don’t like when they go all Legend of Zelda on us and aim for the eyes. No, just defeat the villain! Making the heroes essentially beg for their lives before going up against the Titan may make the whole thing emotional, but it can also be a little over the top. (Of course, emotion is another thing that has to be carefully used. The classic example is Frieza blowing up Planet Vegeta. It was emotional and well done. Itachi taking out the Uchiha Clan? A little more towards the gritty to be gritty with plot hax side. Especially after the 30th plot twist.) Just die with a quick panel and let the Titan move on. Still, the violence is definitely a big step down from the main series and that’s a good thing.

What isn’t cool in the second volume is that the horses get involved. I can’t wait until they bring in the cars so that the animals can be safe. Supposedly, Titans only eat humans so they would be safe otherwise. Luckily, the horse part isn’t necessarily graphic since they’re in the background, but it’s still enough to put down the book and sigh. Of course, one thing that is almost as bad is the fact that Hange actually got a few lines! I’m glad that Levi gave her the cold shoulder and then she’s written out. Please, we don’t need her drama right now.

Overall, This was a pretty good prequel for Attack on Titan. I have to say that Levi proved to be a better main character than Eren and his friends could hold their own. This mini series is only two volumes so it didn’t have time to add in a lot of characters and plots, but that’s all right. This is just a nice stand alone story. I do think that the second volume wasn’t quite as good as the first one and started to show signs of the main series, but luckily it quickly ended before things could escalate. The ending is rather sudden, but it works. You sympathize with Levi and the humans one more time until you read the main series. I recommend checking this out if you like Attack on Titan and you should otherwise like it if you’re in the mood for a story about reaching out for your goals. (And being aware that this is related to Attack on Titan so it can be a little intense) Get ready for the ultimate battle against Titans!