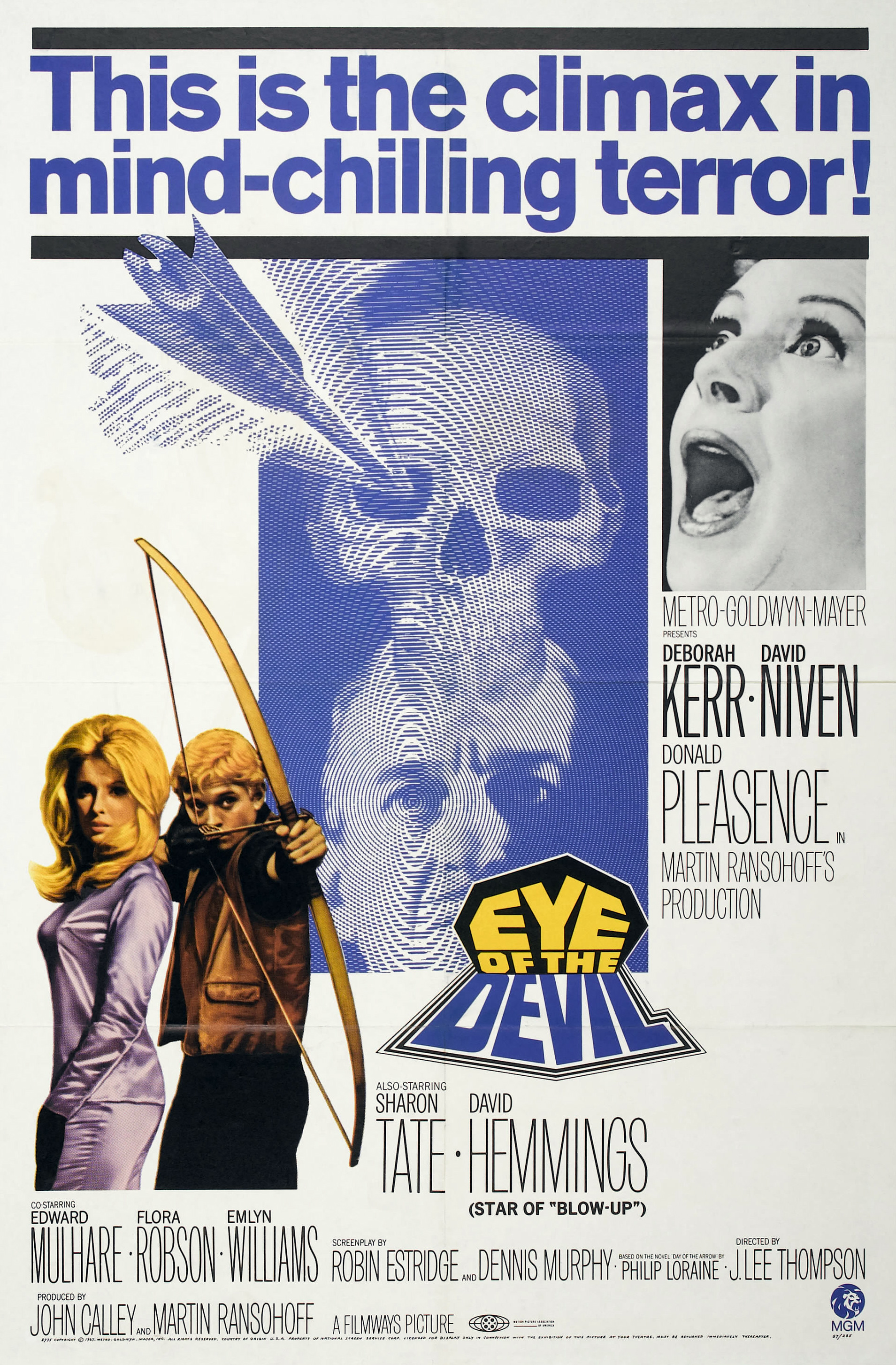 This one is a real obscure film. Eye of the Devil is probably a movie that you could go a whole life time without hearing about.That’s for good reason because this simply isn’t a good film. It’s riding on a terrible premise that only works if all of the characters are downright awful.If you’ve got stronger characters then this plot never gets a chance to move forward.

Catherine and Philippe are heading to an old Wineyard that he owns. Philippe owns a lot of property but unfortunately it has not been producing very well as of late. In fact, it’s been in steady decline for awhile now. Being close by should help, but things continue to get worse. Then Catherine notices that Philippe begins to act rather oddly. He’s angrier and more aggressive to the point where he barely resembles the man that he once was. He is slowly being taken over and Catherine isn’t sure if she can do anything about it.

One of the people who may be affecting him is a lady named Odile. She is a witch who possesses vague hypnotic abilities. She was able to nearly destroy Catherine within a few minutes. Odile intended to have her jump off of the building but Catherine managed to just barely hang on in time. Who knows how much Odile did against Philippe. Of course, Philippe is weak willed as it is so it wouldn’t take a whole lot to overpower him. Odile made for a good villain. She has a very mysterious vibe about her which worked really well and made her feel like a genuine witch. She’s probably the best character here by default.

Her brother Christian is less impressive. This isn’t just because he is constantly shooting animals, but it did not help either. The guy has about as much personality as a piece of cardboard. It’s easy to forget that he works for the main characters because he never acts like it. Of course Philippe is brainwashed by this point so it’s not like he is going to say anything to the contrary.

It almost goes without saying that Philippe is a terrible character. He lets down everyone who was counting on him and makes some of the worst decisions you’ll ever see. The guy has the mind of a pawn in a chess board and allows everyone to do whatever they want with him. That just doesn’t not help his image in any capacity. It doesn’t help that he was corrupted almost instantly as well. I was expecting him to have some kind of epiphany by the end where he realizes that he’s changed, but it never really happens. At least not in a satisfactory way.

Catherine is the voice of reason, but unfortunately she is a weak one. Catherine can’t really do much to help Philippe and she is powerless against the enemies who have mystical powers. As a result all she can really do is talk tough from the end of the room. She does her best to protect her kids and Philippe but there isn’t much she can do. It’s more of a frustrating character arc than anything to be honest. It would almost have been better if she was also brainwashed so she could have at least joined the rest of the crew in their hypnotic trance.

Then we have Pere who is just here to weave his lies into the plot and trick Catherine some more. It does serve as a reminder not to just take people at their word just because they are wearing a robe. They have to actually do something to show that they’re on the level. Pere was just here to help with the sacrifice and doom the characters even more.

As I mentioned, the plot only works because the characters are so bad. How did Philippe seriously allow himself to be brought to the point where he was going to sacrifice himself for the crops? That’s just such a bad idea all around. There’s also this feeling that Catherine and Philippe are on their own for most of the film and yet we can’t forget that the aunt (Aunt or grandma) was there as well as the kids. They just conveniently vanished for large chunks of the film with no real explanation. All it really did was help throw you out of the movie even more. This film really needed some tips on improving the scenario. It’s not like these guys guys could have done much but at least they could have been supporting Catherine the whole time.

The film doesn’t do any favors by having Christian go after the birds the whole time. Did we really need any animal violence to tip the scales? It’s not horribly handled like in other films but everything continues to add up. The birds should have just been spared and Christian’s character completely removed since it was ultimately pointless. At the very least that is definitely what I would have done if I was picked as one of the writers. I’d also throw in some more supernatural elements like ghosts and demons to spice things up. Otherwise there just isn’t much to actually hold your interest here.

Overall, This is a film that you will only enjoy if you really enjoy the setting or something. Otherwise the slow pacing and the poorly thought out plot will destroy the movie. It’s always really hard to root for a character who ends up breaking down for no real reason and gets manipulated so easily. The rest of the characters not being very likable either definitely hurts as well. You need to have some kind of hook to the movie and this one just didn’t have anything. That ended up being the movie’s biggest weakness. That and the terrible ending.