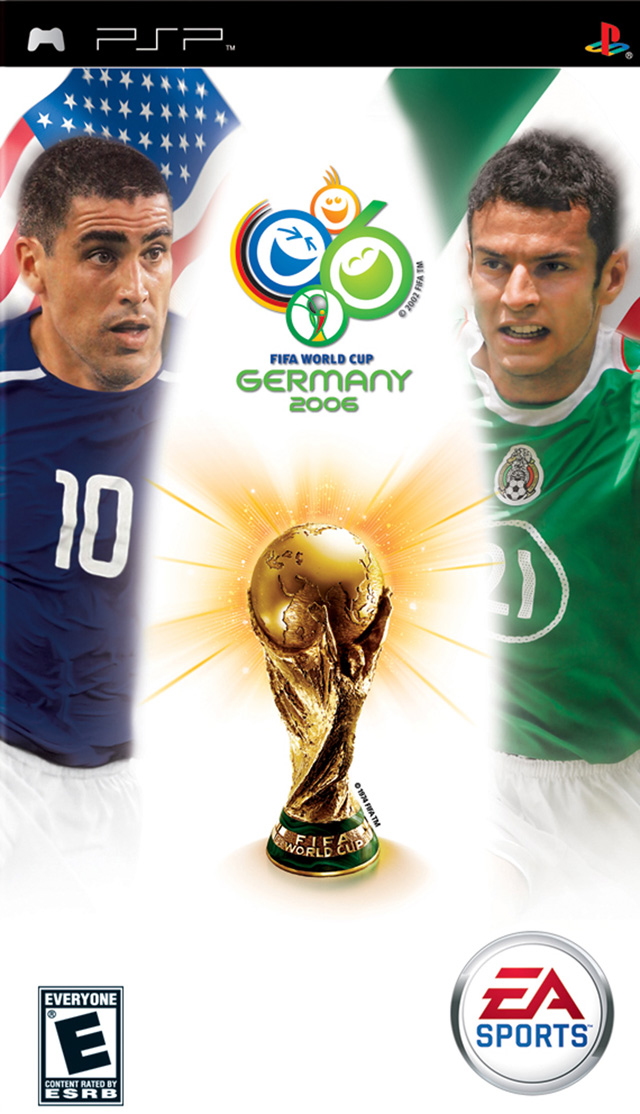 It’s been a while, but now it’s time to go up against a team in soccer. This is also the first time in a very long while that I got to play a small console sport game. Typically I just play the home console versions so it’s a nice change of pace to see how it goes on the handheld. It’s pretty smooth and the PSP has always been particularly great at emulating the home console experience. That being said, aside from Madden I can’t picture myself playing any sport game on the go for very long.

Since this FIFA is specifically about the World Cup all of the modes focus on this as well. The main mode has you jump right into the World Cup and aim for success. Naturally I was repping the USA as I jumped in to take names. To my credit I actually scored a goal and then held the lead for most of the game. Then as always seems to be the case for these titles the computer’s difficulty level suddenly spiked without warning and they scored with only about 10 seconds left in the game. I can tell you now that this felt really crazy. Just like that I had lost my win and had to settle for a tie. Since it was only round one of the World Cup they didn’t have us play extra time and just ended the game there. I felt a little cheated to be honest, but I was glad that I at least scored a goal. The next game was more of a standard 0-0. I ended up losing the World Cup since my record wasn’t enough but it was a good run while it lasted. The computer evidently didn’t think I was good enough to keep tying though as I had it simulate some games in another World Cup and I lost almost every one.

I do like the World Cup format although it’s not like it makes a huge amount of difference to me as whether I do a quick game or a world cup match it’s basically the same outcome. As expected the graphics here are definitely pretty solid. The soundtrack stands out more than some of the others as a song pops up whenever you pause the game. The tunes seem reasonable enough, but you likely won’t be hearing them enough to ultimately form much of an opinion. You’ll be too busy gearing up for the second half or starting the next game.

There’s a solid amount of replay value here. The games are a little too long to easily play on the go, but since the PSP can just go into standby mode you don’t necessarily have to actually finish a game. You can just do most of it and then just dip out of there. That’s always been a pretty nice plus for the PSP in general. I think how much you play the game will depend on if you already play FIFA on the home console games and are just using this as a change of pace or if this is your main FIFA experience. If it’s the latter then I can easily see you spending a bunch of time here.

Really the only difference between this one and a home console title in terms of gameplay is that it’s not quite as clear since you’re on a smaller screen. You’ll feel a little more constricted, but that’s more mental than anything. It’s really still the same game through and through and feels like a direct port. It’s definitely still fun even if you may have a hard time scoring.

I really feel like FIFA and NHL have more in common with each other than any other sport title. If you ignore the terrain (Ice vs Grass) there really aren’t any substantial differences with the two. The way you shoot and pass is the same and you’ve got around the same amount of players. Even the distance of the field is the same. I wouldn’t be surprised if EA is able to copy a lot of the code to use in between the two games. As a result I feel like my NHL training as of late transferred over into FIFA even if I wasn’t quite able to secure a solid win. I came close at least.

Overall, World Cup 2006 feels like a true soccer title and it’s a fun concept for a spinoff. It slightly scales the title down which is quite convenient for the PSP in general. This was the only sport game I had left on my portable backlog so you likely won’t be seeing another one again for a very long time. For the first time I’ve actually gotten my sport backlog down to 20 games so it’ll be quite the milestone to have that one empty at last. Finally I will have more time for trophy hunting, general video game lounging, and getting unstuck in some of the trickier games on the backlog. Lets not get ahead of ourselves though.