Suggested by Sonic The Grim Reaper is fairly strong and skilled with his scythe. I’ve never found him to be one of the more impressive Avenger villains but his arsenal is fairly diverse. He can fight from up close or afar. He won’t be able to stop Kabutops though. Kabutops is a little too fast and if you want to talk about firepower then Kabutops absolutely has the edge. A quick hyper beam or a few solid energy blasts will take the Reaper out of the equation. Kabutops wins.

Suggested by Sonic This is a pretty close fight. I’d make the case that the Reaper is stronger and more durable but that Felicia has the speed advantage here. She’s quite agile by nature and also knows better close quarters combat skills than the Reaper. Keeping out of the range of his scythe will be key here. I believe she can pull it off though. As tough as the Reaper is, he’s just not ready to fight an opponent who can zip in and out of range like that. Felicia wins. 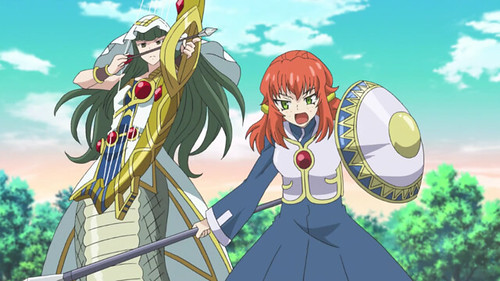 This is definitely a pretty tricky tourney battle. Both fighters are fairly skilled. The Grim Reaper is a significant threat as his power and defense are greater than Terumi’s. Not to mention that he is also the better fighter. Still, I do think Terumi will have the edge here with her monsters. As skilled as the Grim Reaper is it will be difficult for him to fight against so many monsters at once and Terumi also has some good armor so she can fight alongside them. Terumi Kuchinawa wins.

The Grim Reaper is a villain to be feared. His hand to hand skills are pretty good and he’s not too shabby in the weapons department. Of course, his opponent is Bass in this round, which is always bad news! Bass is the King of the blog and won’t be losing this round! He’s just far too powerful. Bass wins.