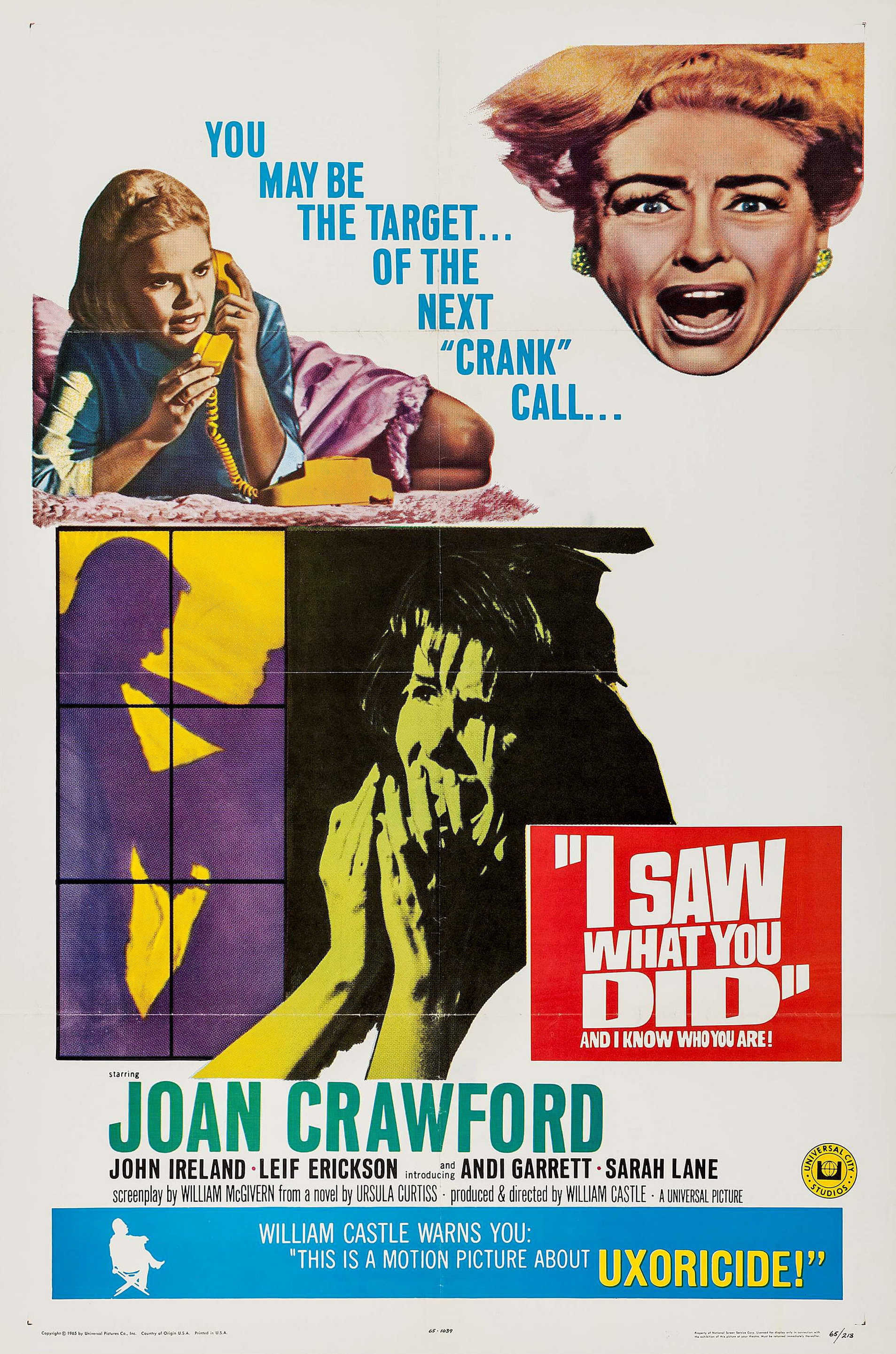 Whenever a film’s main plot involves some shady crank calling, you know that it’s going to be very hard to find the main characters likable. I’ve seen at least one other film with the leads crank calling only in that one they messed with the wrong truck driver. Here they are dealing with a murderer but by all accounts this should not have actually been a very dangerous position for them. So how does this get dangerous? Buckle in because I’m going to break the situation down.

Libby’s parents are going to a big party and all of the babysitters are busy or out of town. Libby insists that she is mature enough to run the place and look after her little sister Tess. Additionally she has invited her friend Kit over as well. Kit’s father doesn’t know that the parents won’t be at home or he wouldn’t have agreed to it. Well, it’s a safe enough set up at least and you wouldn’t expect anything to go wrong at this point.

That changes when Libby says they should start prank calling people and saying dangerous things like “I saw what you did and I know who you are” Great way to get people upset at you right? Now in theory there is no caller ID, location tracking or any of that so they should be safe. Eventually they end up calling a guy named Steve and giving him the same tired message. What they don’t know is that he just murdered his wife and now the guy thinks they are on to them. They hang up of course and well that’s it…movie’s over.

The murderer’s on the loose but at least he’ll never be able to trace the call back or find these girls. Whoever called could be in any part of the city or even outside of it after all. Well…Libby decides to visit this guy’s house and takes the rest of her family with her. Naturally she allows her ID to be taken so the guy now has her name and address. Perfect….now she actually is in danger.

Here’s the problem with this plot, what happened is pretty much the only way this situation actually could have gotten lethal. Otherwise there’s just no way the villain ever should have gotten near her. Libby is shown to not just be irresponsible but also very unintelligent. She continues compounding her errors over and over again until she’s past the point of no return. It makes for a very unlikable heroine.

Kit is guilty to a lesser extent of tagging along but Libby was absolutely the main instigator here. If she had just tried to be a responsible guardian and do what she was supposed to then this would be a completely different film. When you also consider that this is her only chance to be home alone you’d think that she wouldn’t want to let it be ruined like this.

As for Kit, well she’s okay but definitely more of a follower than a leader. If she had put her foot down at any point then maybe this would be over. Tess is just a little kid so you can’t really blame her for much. She just wanted to have a good time and was expecting the usual sleepover activities. Hopefully the older girls would let her join in on the fun or something instead of being roped into a game of life and death.

As for Steve, well he’s your average maniac. Evidently his relationship with his wife was poor from the start and it kept deteriorating until he decided to take her down for the count. Then he goes into a rebound romance with Amy. So, Amy’s effectively the housemaid who has liked Steve for a while and knows this is her chance. She’s not a very smart villain though. For a long portion of the film she actually doesn’t know that Steve bumped his wife off even though the guy isn’t exactly very subtle at times like when he transports the body.

Still, once she does figure this out you’d figure that she would approach the situation cautiously. Maybe she wouldn’t even like him anymore since the guy’s a dangerous criminal. No, instead she continues her advances and even tries to blackmail him. Hmmm..blackmailing a criminal is probably a bad idea especially when there is no one else around. What did Amy think was going to happen?

She was bad from the start since she is trying to go after Steve so quickly but her actions just didn’t make sense. Meanwhile Steve probably should have tried to skip town instead of sticking around for so long if he really wanted to beat the charges. Perhaps he figured nobody would ever come in to check on the wife but that’s a short term solution at best. There’s definitely not much to him beyond being your average bad guy.

I was glad that the police officer got to look pretty good at the end. He did a good job of handling his business right away and also being on call when needed. The climax is satisfying and handled in a good way. It would have been nice if the parents had come home sooner though. Instead of wasting hours at the party, they should have made a move as soon as they couldn’t reach the house. Sure, it may have just been the main characters having fun on the phone but it seems to me like that’s not something you want to take any risks on. The stakes are just too high for that.

The writing in the film is good. Even if the situation itself feels really forced at times with how the characters put themselves into the worst situation possible, the actual script is on point. My only other issue there would be that they could have cut some of the prank calls out. It got annoying very quickly to hear Libby use the same line over and over again in all of the calls. Couldn’t she at least mix it up a bit? That part would drag out a lot and since I didn’t like the main characters as it was, that didn’t help matters.

Overall, I Saw What You Did is a film I would say to skip. The parts with the main characters are rather boring the whole time. Meanwhile it almost feels like a completely different movie with Steve’s section as the first murder is rather intense even if Amy’s is quicker. Amy’s is just humorous in the sense that she was really fighting to stay on the path where she is murdered. If she had done just about anything else then she actually could have escaped with her life. Prank calling just never pays.