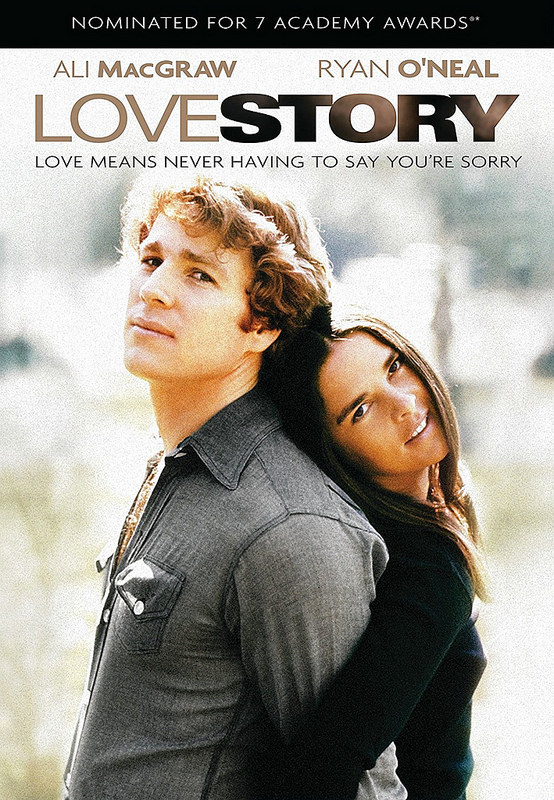 It’s time for another romance film. This one’s an interesting case as the negatives are different, but just as strong. For starters, the romance angle is just as bad here if not worse as the two characters are just so mean at first. I suppose they’re going for the whole “They’re brutally honest” approach but it certainly doesn’t work well. At least Jenny works towards being a better person as the film goes on, but Oliver is content to stay spiteful at basically everyone for the whole film. Makes that sequel look even more iffy, but lets stick to the original at the moment.

So the film starts off with Oliver hanging around at a cafe (I believe it was a cafe) and then meeting a girl named Jenny. She immediately starts hurling insults at him about how he’s not very smart and only got this far thanks to being rich. He tries to respond with witty banter of his own, but she continues to defeat him at every turn. It’s not like he has much of a chance since he actually does like her even if he finds it hard to admit. Anyway, they get together really quickly despite their first interactions being complete insults all the time. They don’t stop insulting each other for quite a while. They decide to get married, but will Oliver’s Dad approve and how will they get by without money?

A good warning bell from the start is the film’s tagline. Clearly it’s trying to be clever but it’s just so far out to left field. Saying sorry is always important and especially if you’re in a close relationship. Feeling like you don’t need too if your bond is strong enough is just incorrect. You’ve always got to own up to your mistakes and considering how mean both characters are, I think the film is just trying to justify itself which isn’t going to fly either.

The main characters are important here so lets start with Oliver. At first you figure that the parents are going to be antagonistic and that’s why he is constantly avoiding them. The twist is that Oliver is the mean one who constantly pushes them away and is very disagreeable about everything. Sure, it’s a pretty original twist, but it does make him look quite terrible if we’re being honest. He doesn’t attend his father’s birthday celebration and even refuses to talk to him in general. All of the things Oliver says about his father to convince Jenny that he’s a bad person turn out to be untrue. Oliver’s just projecting his own insecurities and then still has the nerve to ask his father for 5000 dollars. Yes, he’s asking to help keep Jenny alive a little longer, but he refuses to tell his father any of this. If anything this just shows what a nice guy the Dad is since he gives Oliver the money despite Oliver just being really mean the entire time.

Oliver gets to the point where he even puts his anger at his father over Jenny. Jenny never asks him for anything, but even when she asked him to get on the phone for a minute he refused and even yanked the phone from her hand. This is not a guy that you can sympathize with or like at all throughout the movie. A movie can only be so good when the lead is terrible like this so that was already putting it at a disadvantage. I am glad that the parents weren’t just randomly mean for no reason but having them be nice and the main character mean is pretty mean spirited in itself.

As for Jenny, as I mentioned it’s hard to see how the romance starts. She does admit during one round of insults that she just likes him for his looks so I guess we can take that at face value. It’s still not a romance that I can get behind though and as I mentioned she is the only reasonable person in this relationship. Even once she is diagnosed with a fatal disease and doesn’t have long to live Oliver decides not to tell her this. He doesn’t even give her a chance to get treatment right away by stalling so Jenny had to find out by herself the hard way. Oliver’s certainly not winning any awards for husband of the year. He’d probably win the Razzi since apparently he does get over her. I feel bad for Jenny since she could have done so much better.

Even the whole Wedding ceremony felt like it was trying to make you dislike the characters even more. Jenny’s family was looking forward to a traditional Catholic wedding for their daughter, but then Oliver walks in and that is gone. Jenny says that it was a mutual decision, but I don’t really believe that for a second. Not only is it not a marriage in a Church, but it’s one that is barely official. They are just holding the wedding on their own in a random room. Do you even get a proper certificate from that? They even made up their own vows which didn’t work well. It was a bit of a painful scene and while I do agree that most weddings are too expensive and I’d want a cheap one personally, I’d still want an actual wedding as opposed to a self made thing that just seems fake.

This film definitely goes heavy into the drama territory for the second half as you’d imagine with the whole dying bit. It’s not a film that would have any real replay value as a result since the film just isn’t very fun. The second half is hard to get into because it’s just everyone being sad the whole time and the first half is dragged down by Oliver. Well, he drags down the second half too, but you know what I mean. I’m not really into tragedy films that doesn’t really help this one’s case. They should at least try to have some fun before she dies as opposed to spending the last weeks in a hospital. I know this will differ for many people, but if I only have a little while left to live and it’s confirmed..then what’s the point of staying in the hospital? So they can extend my life for a few days? I’d rather spend a week at home over 2 weeks in the hospital.

Overall, This film felt really mean spirited. By the end none of the characters have had a particularly good time. Oliver is going to be depressed since Jenny is gone. Jenny is gone so she didn’t have a happy ending. The Father’s not going to have a good time since his son is constantly pushing him away. There are just no happy endings here so it’s just a tragic film with sad ending. That isn’t a winning combo and if anything it’s a confirmed losing combo. It’s a little hard to be a good film throughout all of this. Not to mention that even without the sad aspects the romance does not work at all. They go from being enemies to taking the step past the friend zone in a few nights. The romance never feels realistic at all. You’re better off checking out a different film and skipping this one altogether. There’s just no point to this one whatsoever. While the sequel doesn’t actually affect this one’s score since they’re separate, it’s existence makes this one feel even worse.