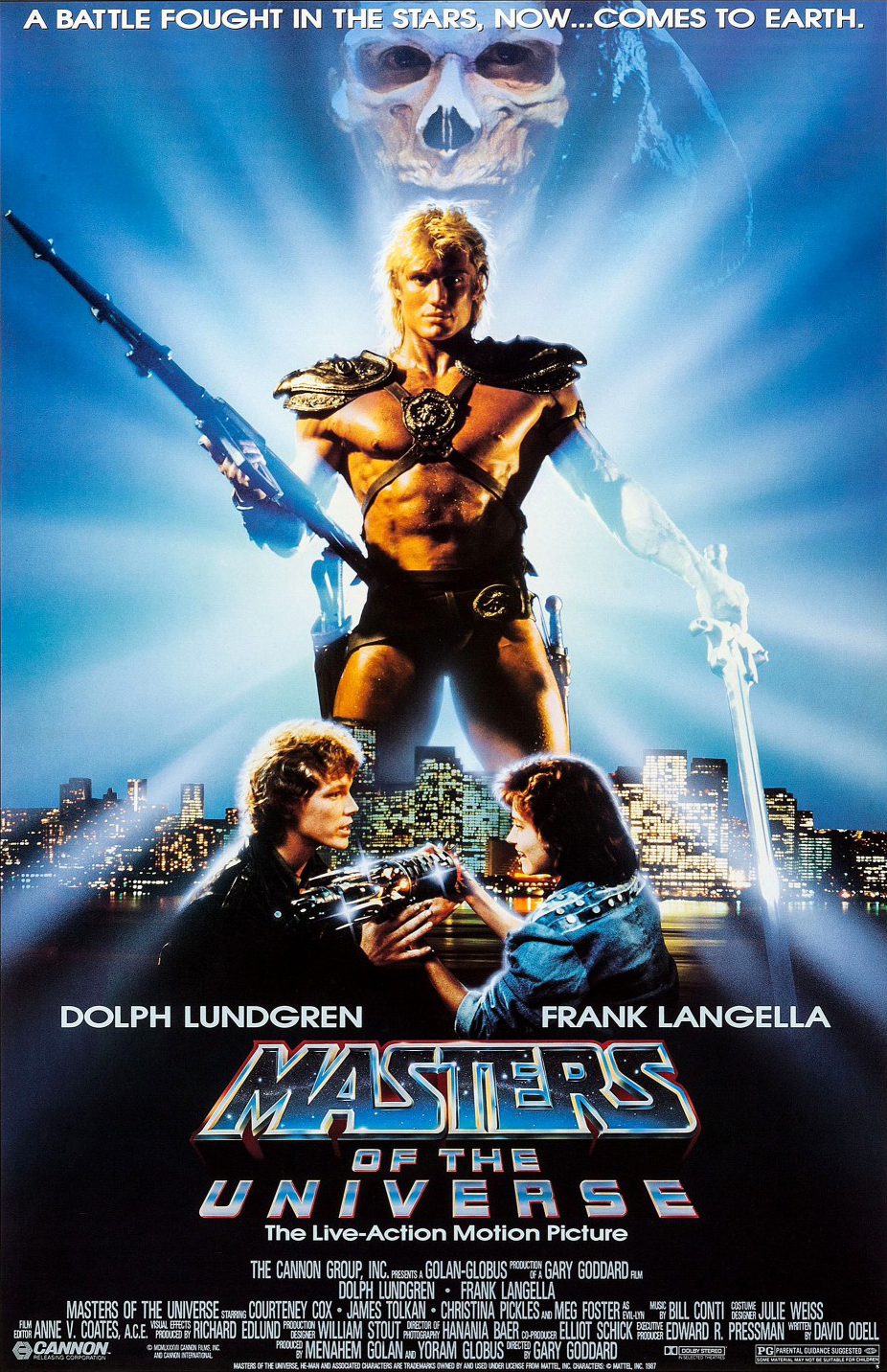 It’s time to take a look at the really old He Man film. It’s definitely one of those movies where you may wonder a bit why they went the route that it did. Surely the movie could have done something else like stay in his world the whole time right? Well, it was definitely an interesting experiment even if it didn’t fully pan out. It’s engaging in its own way at times, but one of those movies that doe shave some moments where it drags.

The film starts off with Skeletor and his minions finally conquering the world. It’s all thanks to a new world hopping device that he got thanks to a little gremlin. One wrinkle in his plans is the fabled hero He Man. Now, “fabled” may not be accurate, but we’re never given a good reason why he wasn’t there from the start. He’s pretty nonchalant with his friends when they find him randomly running around in the dessert. From the intro it sounds like he’s been gone for along time so the whole thing doesn’t make sense. Still, the odds are too great even for He Man so he heads to Earth to make a new device to bring him back. He’ll have to protect two teenagers by the names of Julie and Charlie though as they have the device and Skeletor’s minions are now after him. It won’t be easy but He Man can do it!

If I may be so bold, part of the problem here is the fact that the earthlings are pretty annoying. They are slow on the uptake and all they do is hold He Man back. Think about it, some of the best scenes were the ones from the beginning. We got a lot of cool gun fights and jumped right into the thick of the action. It’s like a war was going on and we got to see the climax of it. It may have been a little weird to see He Man pull out the gun, but I guess even he knows when he needs the extra firepower. The villains look like Stormtroopers and the whole thing could have been like a scene out of Star Wars. Trust me, if the whole film had been like this then it would have been very awesome indeed. It’s the He Man film that we needed.

Also, the fight scenes do hold up pretty well. It’s nice to see He Man just throwing everyone around and dominating the cast of villains. He is basically Superman after all so he should be cleaning shop. He Man’s definitely a solid main character even if he is a bit insensitive. There’s one scene where Julie has just been through a traumatic experience but He Man and the other characters all laugh when the troll drives in on his crazy car. The movie definitely does not always know how to time its comedic moments, I’ll grant you that.

Back to the humans though, I can’t say that Julie is the most engaging character. Her relationship with Charlie is also a bit odd as the first scene sort of implies that they are on the verge of breaking up. She wants distance from him and can’t wait to leave, but that plot flies out the window once the villains attack. She’s also incredibly gullible and naive as there is a certain scene where her mother appears that will make you roll your eyes. It’s one of those moments where you just gotta shake your head. Then you’ve got Charlie who definitely doesn’t seem like the most helpful guy around. He ditches Julie to get some info on how to get rich and after that he spends most of the film complaining about the current situation. The only human who pulls his weight around here is Lubic.

He’s the classic detective who is on a power trip. He wants the device for himself and has no idea on what is going on so he calls the cops and gets ready to take everyone down. He won’t listen to you about who is on the right side so he just blasts everyone who gets in his way. It’s not necessarily a bad outlook if you want to come out on top, but as a detective you’d want him to do a little more due diligence. I do like these parody type characters though so I was definitely rooting for him. He’s just a fun guy to have around.

As for Skeletor, he was handled pretty faithfully I must say. The design is on point and he was given a lot of respect as the villain. He did manage to capture He Man’s planet and that’s no small feat. He probably should have sent all the armies to Earth to fight He Man right from the start though. Finishing him off should be top priority since I doubt anyone else can fight all that well. Instead he insists on the villains taking He Man in alive for some reason. Skeletor never was the smartest villain though.

The ending is definitely emotional I suppose. In general if you ignore all of the scenes with the troll then the film did a decent job of taking itself seriously and giving us good action scenes. The writing actually isn’t all that bad either. Really the only scenes that drag are when the humans show up or when the troll steps in. For the most part the film manages to keep itself on the right track and that’s good. The scene of the heroes fighting while inside the electronics store is pretty surreal for sure.

Overall, Masters of The Universe is a pretty reasonable film. It’s not going to win any awards, but I wouldn’t call it a bad film either. It’s definitely on the cheesy side and the effects may not hold up to the newer titles, but the film doesn’t have any game breaking negatives. It’s a fun little fantasy story that I could still recommend to fans of He Man or just to people that want an exciting little adventure. Aside from one scene where someone takes a pretty hard hit to the face and bleeds more than you’d expect, the movie is also pretty tame. I do think a modern remake of He Man will likely blow this one out of the water, but in the end I’d say that it may have even been slightly better than I had expected it to be.