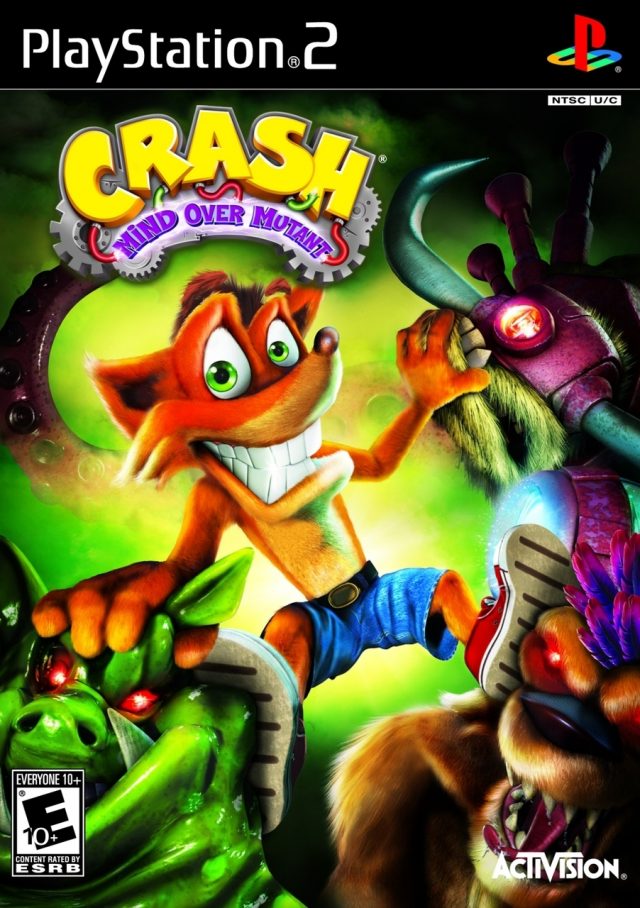 At long last it’s time to play the next big Crash game. It keeps the monster hacking from the last title but changes the mechanics of how it works a bit. The gameplay is solid but the game is held back by some questionable design choices like the fact that you can’t actually fast travel between lands. So effectively you have a giant hub world but have to actually walk back and forth between each level. I’m still wondering why they would do that but we’ll go into it in a moment. For now I’ll just say this is certainly the weakest Crash game but still a decent game overall.

The game starts with Cortex coming up with his latest scheme to take over the world. He has these VR goggles that will put you into an environment that is so realistic and top tier that you can’t help but get sucked in. Even Crash’s best friend Crunch and his sister Coco were not able to resist. Crash and Aku must now try to stop Cortex before it’s too late but what can these two do without some kind of backup? It’ll be tough but either way they will aim to give this their very best shot. After all if they can’t win…who can!?

So the gameplay is your average 3D Crash style for the platforming elements. You can run, jump, spin, and even dig in this game. You have to typically get to the end of a level or beat up enemies to proceed. There are quite a few sections for combat here but the battles are never too hard. It’s the kind of game where if you die, you appear close to where you died, so you never have to backtrack a whole lot. I definitely enjoyed that at least. Nothing’s worse than having to redo a large section. For the monster jacking, you can store up to 2 monsters at a time and switch through them at will. The downside to having two monsters is that you can’t play as Crash which makes some of the platforming impossible. So typically you will want to stick to one monster which is the perfect setup. Particularly if you pick the Hedgehog as one of them since he’s so fast.

When you’re going through all of the back tracking, it’s very helpful to have someone like this at the ready. When you defeat an enemy you are given the option to take control of it or keep on going. Don’t worry about not taking the right one, any area that needs a specific ability will warp an enemy to you in those instances. So it’s a fun enough gimmick although it feels like we’ve gone far away from the original Crash structure. It’s fun getting to fire off energy blasts and slow down time so the monster abilities are always fun. The slowing down time aspect is quite powerful so they make sure you don’t get to control those monsters until the end of the game.

So lets talk about the backtracking since this mechanic did not work. Basically the island is so huge that it connects to around 6 areas. I want to say in real time if you had to travel the whole island it would probably take you around an hour or so. Fortunately you never have to do that in one time but say you beat the desert world, you’ll be told to go back home. From there you have to head to the school then home, then back to the desert, etc. Most games would have a teleporter or something which would be incredibly useful here. Unfortunately this was not included for a gag. At the very end of the game one of the villains mocks Crash for running around the whole game and quickly whips up some teleporters.

Yes, you gain the ability to fast travel to any point at the final level in the game. By this point it’s so late that it doesn’t actually help out a lot. I suppose if there are some good post game content to play through then it would be nice but this should have been around for the base game. Trust me when I say this would have been incredibly useful to have had a lot sooner. It’s just tedious to run back and forth as well as being very time consuming. You’ll spend more time running around than actually playing the game which is really an issue here. The decision just doesn’t make sense to me.

There’s also a level up system built into the game which doesn’t seem to have much of a point. You get a little stronger and unlock new moves but I never noticed the difference and it takes a while to get level ups. So by the time you are stronger you’ll have beaten the game. I forget at what level I completed Crash but I think it was around 5-7. The game is easy enough where it won’t make a difference and so the whole mechanic may as well not even be here. As they say, if a mechanic doesn’t actually affect anything then you may as well have not had it in the first place.

Well, the graphics are good. During gameplay it all looks solid at least. The levels are colorful and everything is on point. My only issue is with the cutscenes that are going for a more experimental look this time around. Sometimes the cutscenes look like drawings where everything is as low budget as possible. Others use designs like something out of Jacob Two Two. The designs are always changing from cutscene to cutscene, Crash even looks like a Super Saiyan warrior at one point. Now that was definitely something that was a different experience. I’m not really into the experimental techniques myself so personally I think the best thing to do would have been to go with more traditional artwork. It would have just looked better.

At least you can say it does match the crazy plot though. The whole game is rather bonkers with how everyone falls for these goggles. A lot of the dialogue is so self aware it almost threatens to break the 4th wall. The characters aren’t very smart here and even the villains get humiliated by Cortex. The evil mask is certainly on the backfoot here. The scene where he is literally being milked by a machine while Cortex gloats and laughs is rather intense for the guy’s fans. Cortex is really the only villain who keeps his hype here. Perhaps this will even solidify him as the ultimate Crash villain for most. At this point, none of the others seem like they can keep up with him.

Overall, Mind over Mutants is a step down from the other Crash games but I would still call it a good game. Beyond the lack of fast travel, the rest of the gameplay is good and that’s the important thing. The soundtrack may not be too memorable but it works well enough. While the graphics aren’t very good, the story still has a good amount of funny moments and a lot happening at all times. I may not like Crash as a main character but Cortex has enough good lines for the both of them. If you need to complete your Crash experience then this is a good entry to check out. Otherwise you’re not really missing a whole lot though. 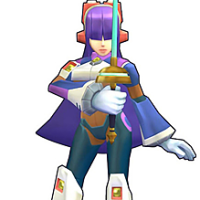 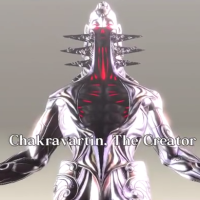 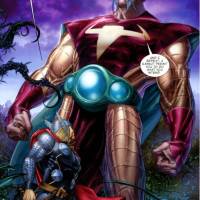