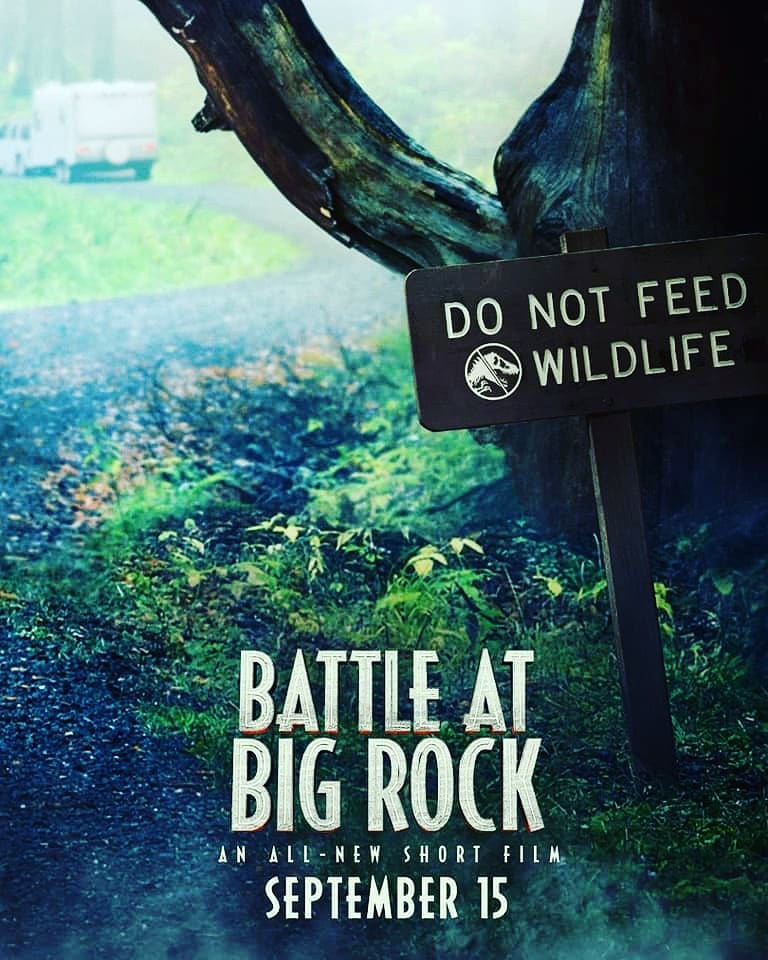 It’s time to look at a very quick live action movie that came out a while back. It’s always nice to see franchises push out a little something like this to expand the universe. It gives you something to look at while waiting another 4-5 years for the next big film after all. The plot is pretty self explanatory. A family is enjoying a nice BBQ when a few dinosaurs show up and start to fight. The main characters have to try and be really quiet but the baby is constantly crying so it won’t be easy. Can the humans escape with their lives intact or are they doomed here?

I do have a question on this though. The heroes clearly know about the dinosaurs from how nonchalantly they talk about seeing one and they reference the radio as well. This takes place after the last film so dinosaurs are everywhere. Why would you possibly have a BBQ outside during such a time? The main guy mentions that bears are around so they get the food in pretty quick but you should be more afraid of the dinosaurs. His wife mentions that the dinosaurs aren’t supposed to be this close yet but I don’t think you should be taking any chances.

There aren’t a lot of safe spots elsewhere either though. The film gives us a lot of meanwhile scenes where we see Dinosaurs around every corner sizing people up and destroying the food chain. The film fortunately handles this as well as possible with no explicit animal deaths. They all die but it doesn’t get gritty or graphic. Even the main dinosaur battle is interrupted before either of them can get seriously hurt which is good. It still does hold this back from being a higher score but it doesn’t make it bad either.

There isn’t enough time for the film to really go all that up or down. It just goes by in a flash and reviewing something this short is also pretty tricky for those same reasons. As far as I’m concerned it’s basically middle of the road. It has enough going for it where it’s not bad but there’s not enough here for me to give it a pretty good score or anything. The dinosaurs look great and this could be a scene in a real theatrical film. That’s definitely for sure.

Overall, if you’re a big fan or Jurassic Park or just want to see some dinosaurs in action then you should enjoy this. It’s only about 8-10 minutes so you’ll be done with it very quickly. It doesn’t take much time to watch and it’s solid enough where you should check it out. The humans aren’t too annoying either although I didn’t like the kids or the baby but it’s hard to develop them into likable characters in such a short time span. This special does show why a whole film about surviving in the age of dinosaurs will be pretty interesting. It’s a very dangerous premise so it’ll be hard for a whole film to get out unscathed but it’s worth the attempt.