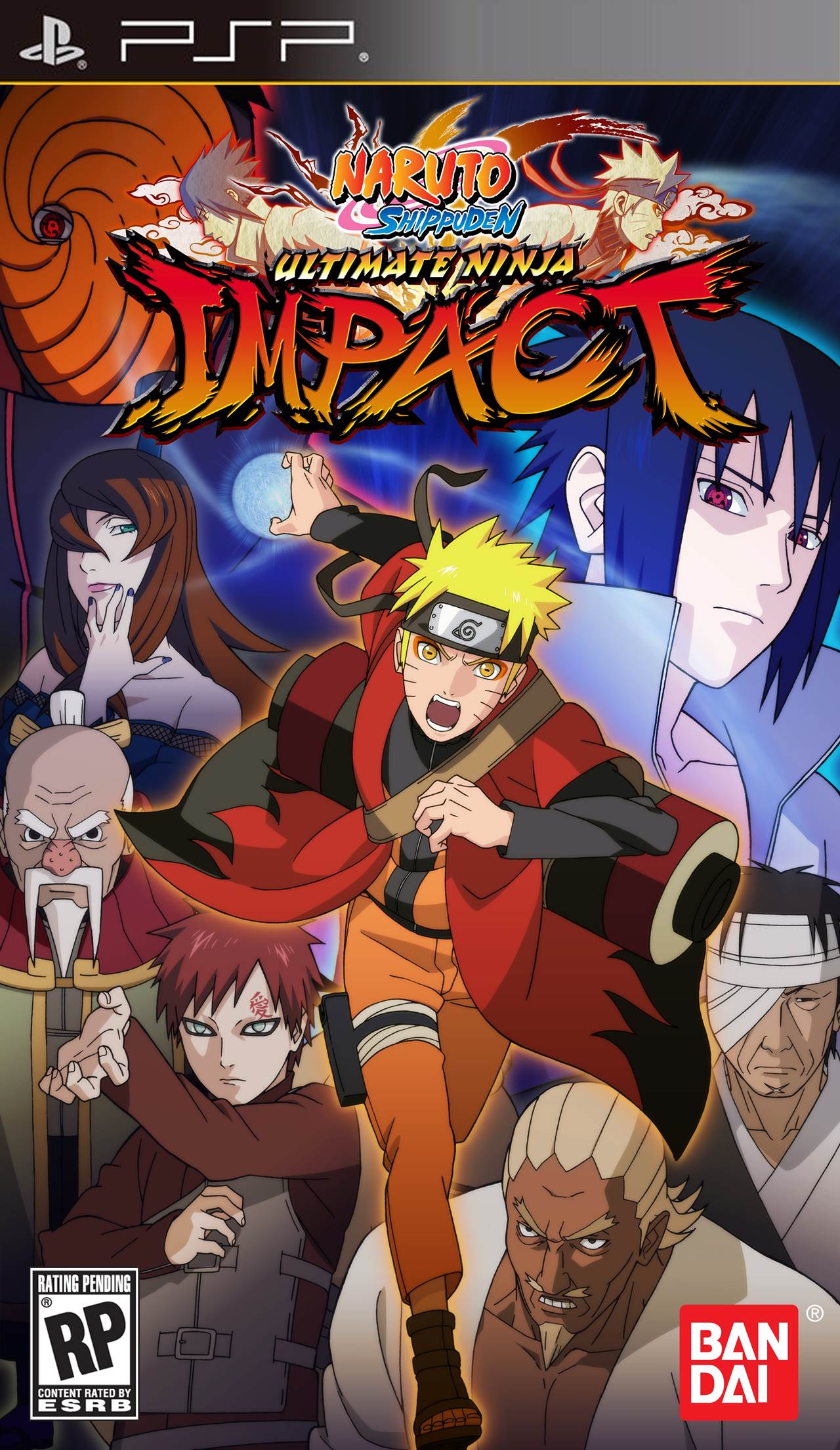 Time to look at the final Naruto PSP game. The series has had a really impressive run on the console but all things must come to an end at some point. This one mixed in a Dynasty Warriors kind of gameplay which is a nice addition. I’m always up for some good 3D action so mix in a good story and you have another winner with this one.

The game covers the Naruto story from the first arc of Shippuden all the way through the Kage summit. It’s an impressively long campaign and easily more extensive than any of the other PSP titles. Each arc is quite long and there are a lot of battles as well as cutscene events. There’s even two endings, you can go as Sasuke or Naruto for the final battle. I decided to go the extra mile and completed the game with both characters though. Now that’s when you know a game is on point!

For the gameplay, it’s really simple to get the hang of. The objective of each mission is to take down a ton of enemies and then make it to the goal. Usually you’re on your own but occasionally you will have a teammate to hold you back. In these instances you have to be careful not to go too far ahead of you will lose them in the waves of minions and they will be promptly taken down. Sometimes there will be a boss at the end of the level who fights you and sometimes they show up at the start.

You have your standard attack combos which are fast and do a good amount of damage. You’ll be using these a lot but you can also mix in power blows to keep the opponent honest. The power attacks are your ninjutsu moves which are usually good for dealing a lot of damage. Some characters have ninjutsu that is too slow though so it’s more efficient to use standard attacks. You can learn as you go which character is best for which techniques. I will say you will want to use the homing attack a lot no matter which character you are. It’s the best technique in the game and if the opponent tries it at the same time they get completely paralyzed. That means you can land a free final smash on them.

Aside from the beat em up gameplay, there is also a level of customization before entering the levels. For example, you can equip up to 4 cards to the character you are using which boosts your stats in various areas or gives you a special ability. As you play through the game you will unlock a lot of them and you can also buy some from the shop. If you level up a card, you can then use it for different characters. For example, a Naruto card can only be used by Naruto initially but if you max it out then Sasuke can use it as well. It adds a little strategy to the mix although the game is easy enough where it never makes much of a difference. Even if your character is 30 levels under the boss, it just means that the level will take longer. Only the final boss gave me a little trouble and I still clutched it out on my first try.

Naturally the graphics are really on point here as well. The character models are good and I liked the illustrations. The game also goes a step further than the others in that we have full quick time events in this title which is always fun to see. Some of the bosses will trigger this (You’ll know it’s coming if you see a diamond in the opponent’s health bar) and it’s always a lot of fun to watch. You need good reaction times though or you lose and have to start the quick time from scratch. The game is lenient on the time though, I only had to restart once.

As for the soundtrack, it’s excellent as expected. There are a whole lot of action tunes as well as emotional tracks throughout the game. The story is excellent which isn’t surprising since it is faithfully adapting the anime. You’ll really get to see the characters go through a wide range of emotions here. That said, the game does have some changes from the show on occasion perhaps just because they felt it would flow easier with how the game is or they just wanted to change things. It’s always fun when you notice them coming. It adds a little intrigue to the game.

There’s a good amount of replay value here as you can work to S rank each level and gather all of the cards. It may not be the most stimulating reason to go back and play but the gameplay is solid enough where you will still have fun. That’s the important part of going back to play the game after all right? As it is, the main campaign will easily last you over 10 hours so there’s definitely no problems of length to be found here.

As with the other PSP games, there is full voice acting here which is always great. It really helps you get immersed with what is happening way more than you ever could be without the voices. That’s why this is such a complete product, you could even give it to someone who doesn’t want to spend a long time watching the anime and it would work as a valid shortcut. It covers enough of the small details as well as the big events to keep you current.

It definitely gets you excited for the prospect of a true Naruto Warriors game similar to what One Piece and Bleach have already gotten. I just love these kind of beat em up games as it’s satisfying to be taking down whole armies with your combos. One level may have gone a little overboard where the requirement was to defeat 1000 enemies in a level but for the most part it never gets that high. That level was really an outlier and I suppose it was just a way to show you how powerful Sasuke was.

Overall, Naruto Impact is a great title and one you should definitely check out if you have a PSP. It really slams in a home run on all aspects such as gameplay, story, and technical elements. The length is also impressive so you can really spend a lot of time just going through the adventure until the end. It feels like a while since we’ve gotten a true story based Naruto title so hopefully we get more in the future. The story never gets old.