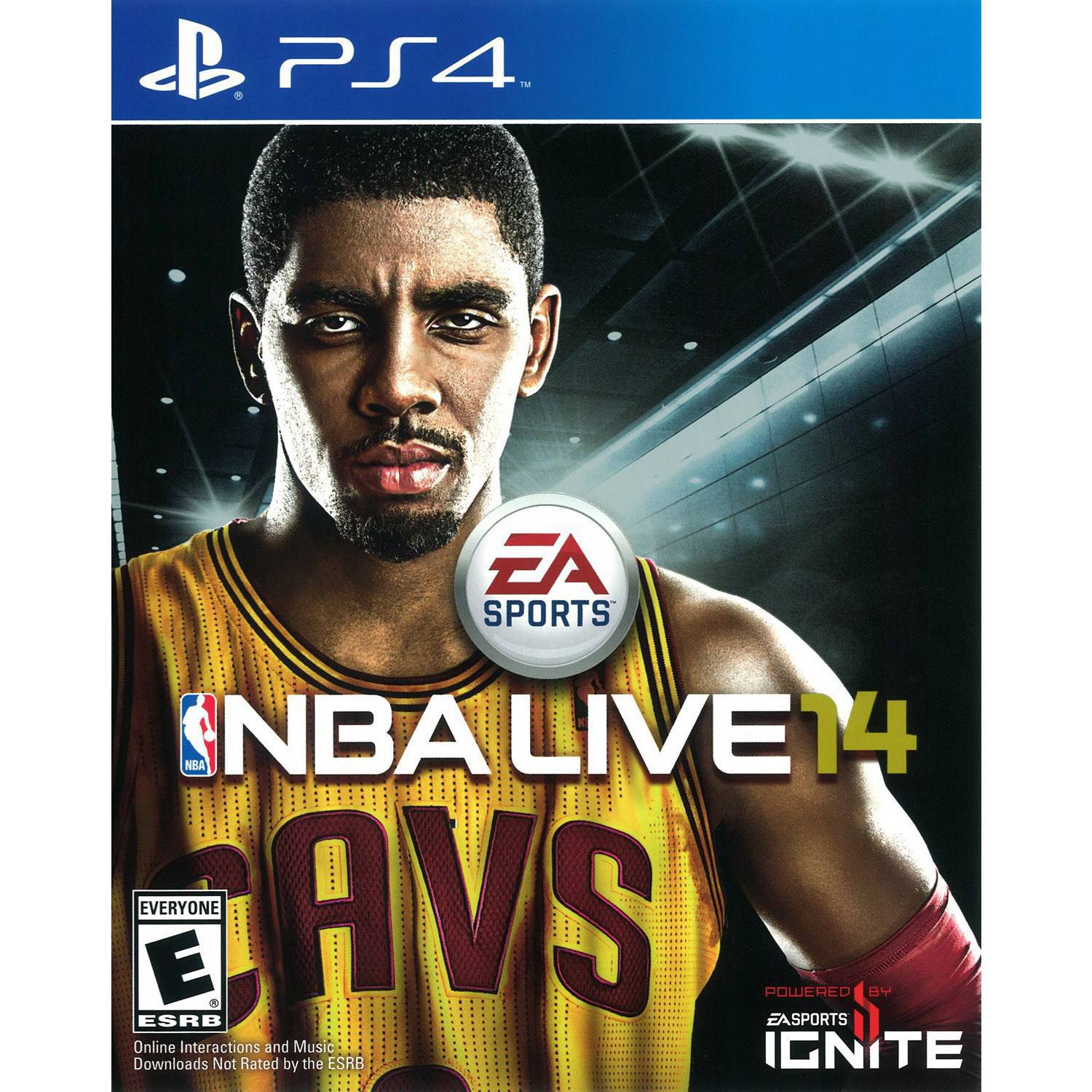 It’s time to take a look at yet another Basketball game! These really do keep on coming don’t they? Well, I haven’t played a Live title in a little while so it was fun to float back to it. This time I actually ended up preferring it to the 2K counterpart so that was pretty neat. It’s a very fast paced installment and there’s no long tutorial to get in your way so you can dive into the action. I tried facing off against the computer on standard difficulty and then again on the toughest level. Both times the games ended around the same way which is odd, but I did lose so maybe the computer just likes to keep it close.

I’ve already explained the rules of Basketball in my last 10 Basketball game reviews so you may be wondering why I keep on doing it. Well, I figure that every review is potentially someone’s first review so a short recap isn’t a bad idea. I will be keeping this fairly brief though. The goal of the game is to score more points than the other team and the way you score points is by throwing the ball inside the opponent’s hoop. This is tricky since there is always a defender right next to you and their goal is to swipe/block the ball and make some scores of their own. You’ll need teamwork to stop these guys since just taking over a game isn’t a completely viable strategy.

As mentioned earlier one of the biggest reasons why the game is so great is because Live 14 is just really fast paced. It actually felt like I was playing one of the Gamecube installments which was definitely neat. Those were really good times and the players also felt more like pros. I was sinking a ton of 3 point shots and they just weren’t missing. On the other hand, that meant I really couldn’t stop the other team since my best bet was usually to pick up the rebounds. Speaking of which, the rebounds are tough here because it feels like your player completely freezes when the ball is in the air. I’m not sure if that’s a new mechanic or if it’s always been like that, but it definitely did make things pretty tricky.

At one point I even got a 10 point lead against these guys so you know that I was feeling pretty sharp around this point. Then half time occurred and as always the computer started to make a miraculous comeback. I still think that there’s something a little fishy here. They ended up taking a narrow win but it was a very entertaining match. At least since my players weren’t constantly missing the ball it felt like I was actually playing. I didn’t do any fancy ball tricks, but I did do a lot more passing as well. Sometimes I try to play the games fairly realistically since that’s fun in its own way and other times I just charge the ball constantly.l

Then in the super tough difficulty match I never got a huge lead, but I did have a 2 point advantage to start the fourth quarter. It still proved to be futile, but one of these days I will score a definitive win against the A.I. Defense is definitely still holding me back because if I were able to make the occasional stop that would make all the difference. You can’t win on offense alone, you’ve got to dominate on both sides of the ball. It’s absolutely crucial that you do that if you want to rise up the ranks.

The graphics are definitely top notch and after playing this one and 2K back to back you can see the difference. EA spares no expense on the mainline NBA games and it’s always hard to see how the graphics can keep improving. After a while you’ve basically just become as lifelike as you can possibly get. As expected there isn’t really much of a soundtrack to note here. It’s around, but you won’t be on the main menu a whole lot anyway.

There’s a lot of content and replay value here of course. I’m thinking that the servers for this title are probably either gone or empty, but it’s worth checking into if you have PS+. The main draw will likely be the actual games though so that’s where you’ll be putting in a lot of time. It’s always fun to see yourself improving as you play game after game and the Basketball season has a ton of matches per season so you’ll be here a long while. At the end of the day the replay value will depend on how much you like the sport. A game like Madden I could play forever while NBA I would probably clock out after 20-40 hours. Still a great value for 5 bucks though.

Overall, NBA Live 14 is definitely a great title and one of the best NBA Live installments. The gameplay is back to being very fast. It’s definitely going for more of an arcade style than the simulation gameplay that 2K brings. Both have their strengths of course, but sometimes I am just in the mood for a quick arcade bout with lots of points flying across the board. This game delivers on that and is a solid way to end my Basketball run for now. Coming up are a lot of Soccer and Hockey games so stay tuned for those as I continue to dive into my sports backlog. Knocking that down to 0 will definitely be an awesome milestone!