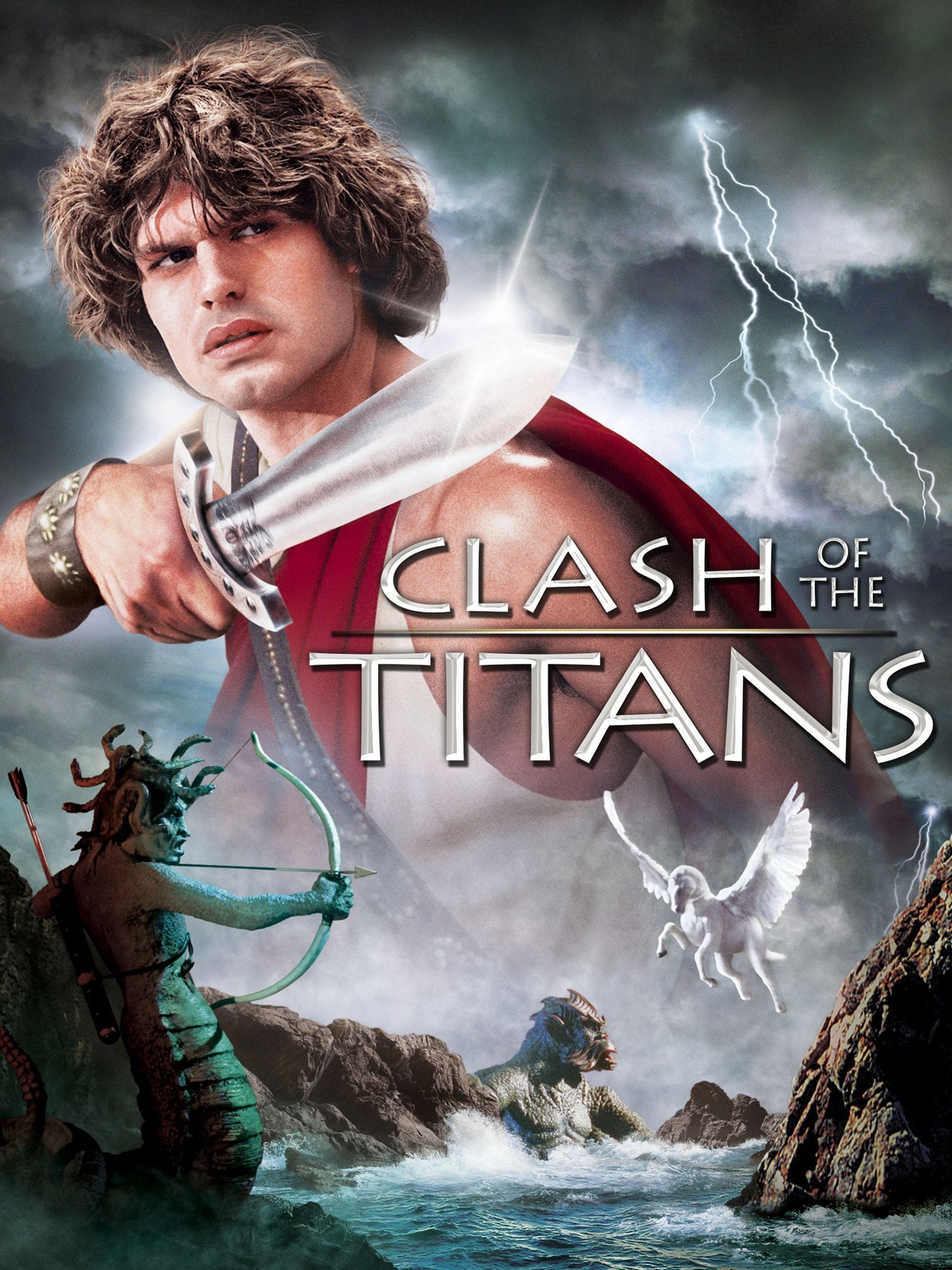 It’s time for the original Clash of the Titans film. I quite enjoyed the newer remake when I saw it but granted, that was many years ago. It’s been an extremely long time since I saw that film so I don’t know how well it’s aged but I would say it beats this adaption. I had some issues with this one. The old time era and feeling of it makes the movie a little more dated than needed and naturally all of the gods are unlikable. There are some cool action scenes here though and on the whole I would say the writing is good. So while I wouldn’t be giving this movie a ton of points or anything like that, it’s not a very bad old school epic, it could have been better though.

The movie starts out with a king deciding to banish the queen away to sea after Zeus has a kid with her. Zeus is furious to see this and strikes the whole country down with the Kraken. Fortunately for him, they end up living as they arrive on an isolated island. The child is given the name of Perseus. Not all of the gods are thrilled about Zeus playing favorites like this. The guy certainly messes around quite a lot and is as irresponsible as possible. Seems pretty accurate to the legends I must say as this seems to be a reoccurring theme in most of those. Well, Thetis has a child as well in Calibos but the guy disrespects Zeus which is a no go in this world so the guy is turned into a goat chimera monster of sorts.

Naturally Andromeda no longer wishes to marry the guy since he’s not very attractive anymore. Still, what can she do to stop him? Her astral self is kidnapped every night and it’s not like anyone can stop it. Well, Thetis decides to take revenge on Zeus by warping Perseus into this land. Perseus takes this in stride though and this is a mistake on Thetis’ part since he now wants to rule the whole land. Calibos is in the way of his marrying Andromeda and getting a lot of power so now things are going to get dangerous here.

That’s a bit of a smashed up version of the plot since the movie is quite long and the story shifts multiple times. Still, I think it’s a fair assessment of how things are going. It’s fun to see the names and locations here after watching so much Saint Seiya since it operates in the same kind of time frame with the gods and legends all around. What Clash of the Titans does well is establish the universe. It’s easy to see how the world works even with the gods running around every corner and all these monsters everywhere.

While the film is rather long, I would not say that it is boring. There’s always something happening although it is fair to say that the pacing can be a bit slow. It is trying to slowly build up the tension like an old school epic after all. The characters are rather on the weak side though so I think we can now transition into the weaker aspects of the film. For starters, I didn’t like anyone here.

Perseus is a decent main character at best. He does tend to take things in stride after all but almost to the point of effectively being emotionless. There’s not a whole lot you could even say about his general character. I guess he’s a nice guy but that’s about it. The robotic owl given to him in the second half really deserves a lot of points for making sure Perseus was in the right spot at the right time. As for Andromeda, well she got off to a bad start when she was being kidnapped in her dreams and trying to talk Calibos out of his plans. She never seemed to have a chance there.

As for dumping Calibos once he transformed, while it’s hard to blame her, I would have preferred she had just broken it off because she never liked him. It seems like one of those arrangements where it was for the kingdom anyway. Calibos is the kind of villain who just wants the girl and power is a side trip to that objective so he’s not one of my favorite villains at all. The guy is reasonably tough but at the same time you don’t feel a lot of fear towards him the way that you would for the Kraken.

Now the Kraken is a bright spot in the film. He’s got a great design, looks sort of like the Gill Man. I was pleasantly surprised since I’m used to him looking more like a monster. Like this you could see him going toe to toe with anybody. It’s just his bad luck that he had to go up against Perseus once the guy had the Medusa head. No way to win in that position but for the most part the Kraken did well and won whenever he could. That’s what you want to see out of your main villain.

As mentioned, the rest of the gods are mostly just there to bicker as they act all high and mighty. At least Thetis was actually going around and personally ruining people’s lives as opposed to staying on the sidelines. That makes her a more active participant who can actually be feared as opposed to the ones who would just talk. The lady not giving up her owl was a smart move though, he wasn’t Zeus’s to give away after all.

The journey itself takes Perseus to quite a few areas like his mini mission to steal the head of Medusa. I thought he was a little mean to the three blind sisters but they did seem rather suspect. I’m guessing that’s why he threw their eye away and was just making things harder on them. I did enjoy the journey aspect though. In part it felt like an RPG in that aspect. He had to go to an island to grab the head to then go back to the main island and stop the Kraken. Even the opening scene where he is given the three items from the gods is like something out of a game.

Overall, Clash of the Titans is an old school film that has some fun moments but for the most part it’s just dated in a bad way. The characters aren’t great and the old school warrior battles don’t stand up as well as your old gun fights or hand to hand battles would. There’s definitely a really random fanservice moment here as well which is not really intended to be one I suppose as the film is just trying to stay true to the legends but still isn’t needed. To sum it up, the film either needed to be more exciting or to have had better writing to get higher. As it stands, I would check out the newer version first, it just had a lot more energy to it.