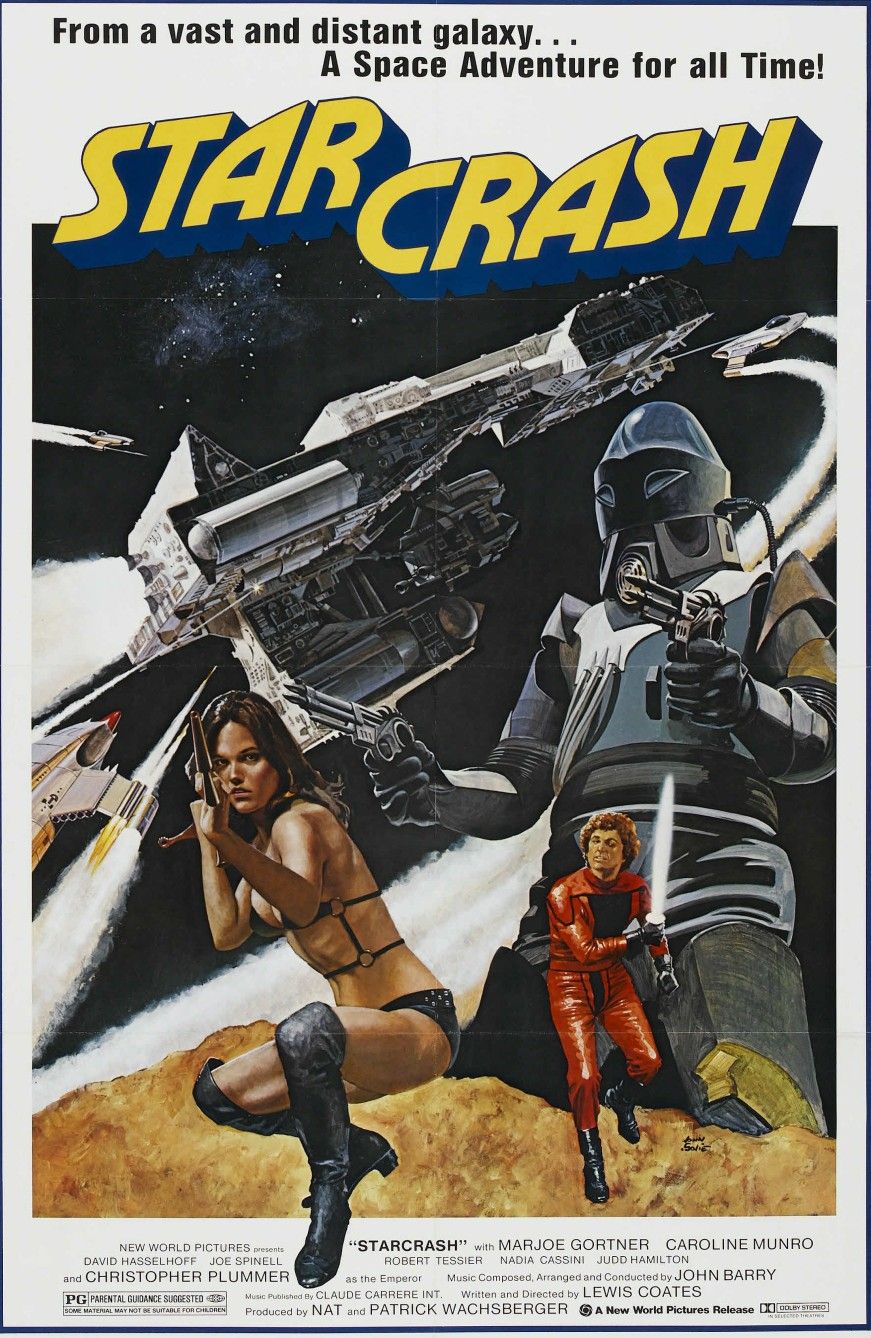 Whenever you see a film about aliens, action, and outer space you know that things are about to get real. This is definitely a film that is quite solid as a result. You can expect a lot of good battles and fun dialogue with lightning fast pacing. It’s a good all around movie that has withstood the test of time and it actually does end up beating the majority of Star War titles and even some Star Treks.

The movie starts off by introducing us to the greatest pilot in all the cosmos Stella and her ally Akton. Together they commit a lot of crimes and have fun doing it. They end up getting cornered by the police though so when they escape they end up being captured by the Police. The police end up breaking them out of jail though to stop Count Zarth. They will be accompanied by the police robot named Elle and an alien known as Thor. This all seems rather trust worthy so now they need to find Prince Simon so he can assist the Emperor in stopping the Count. Can they find him? Also, what if he didn’t survive the plane crash?

There is a whole lot going on in this film right from the start. One thing you’ll definitely enjoy if you’re a sci-fi fan is all of the action. The characters are using their blasters to wipe everyone out and they even get a light saber at one point. There are a lot of hand to hand fights where Stella even gets to beat back legions of adversaries. This is a movie that knows how to get a good rumble going.

As for the visuals, they’re on point as well. It’s definitely got that Star Wars/Trek vibe to it with the spaceships all around and a lot of space fights. The pacing is on point and I’d say the writing was pretty good. You’ll always be engaged as the characters exchange tough talk and try to size each other up. Thor openly mocking the heroes was certainly fun after he took over the ship.

Now, one very forced element in the film though is that Stella’s uniform doesn’t seem to be standard procedure. It’s extremely noticeable when the heroes are taken to the villain base that everyone has super weapons grade combat suits at the ready while she’s wearing more of a Red Sonja type costume which she keeps for pretty much the whole film. It’s definitely a “really?” kind of moment.

Still, beyond that she is a fun character. Technically she is the captain of her ship and a top notch hand to hand fighter after all. It would be surprising if she couldn’t deal with this level of opponent. The trouble is that she has no real defenses though. What that means is that if the villains catch her she will be yelling for help almost immediately. Despite being the tough heroine in the film she does get captured quite a bit.

Then you have her partner Akton. He is one of those guys who is so powerful that we never even learn his full abilities. He seems to be able to manipulate vectors, fire energy blasts, see the future, use energy weapons nobody’s ever heard of before, and that’s just for starters. He can do just about anything but still gets knocked around from time to time. Still, if you need someone to have your back he’s probably the best pick you could ask for.

Elle is another standout character here. He’s a very upbeat robot who is always yelling and having a good time. While he does get nervous a lot, he is always ready to jump into the fray to save lives. It’s why he makes for a good cop and why he never gave up when going after Stella. There’s clearly a lot of history there and it makes for some good banter. He added a lot to the dynamic.

Next up is Simon who doesn’t show up until near the end. He seems like a good character though and is definitely a heroic one. Without him the heroes would have been in a sticky situation by the end. He’s definitely not very necessary though as you could certainly have not had him appear and things wouldn’t change much. Thor was a more interesting character with how confident of his skills he was. The guy was even able to take down Akton in their first fight which is no small feat.

As for The Emperor, his time control tech is super impressive to be sure. You have to wonder why he was so helpless before Stella and Akton got rid of all of the obstacles. Surely he could have done more against the Count right? The Count was definitely a fun villain though. He has a cool costume and a very classic villain laugh. This guy had a tendency to get amused quite often after all.

The minion designs are also fun. As the film goes on we meet a giant robot like something out of Ultraman that shows up to step on the heroes. Then you have a pair of robots who wield swords that can even turn into energy blades. All of this helped to really show how dangerous the army of the count was. It’s also fortunate that Elle was around with his blasters. The robot was not taking any prisoners and must have disintegrated dozens of opponents throughout the film. Ultimately the sheer numbers were just too much for him to stop.

Overall, Starcrash is a very good film. It’s definitely a blast to watch and the kind of film you really don’t see anymore. It’s a relic of its time and a reminder of the good ole days of sci-fi films. The only element of the film anywhere near a negative would be that Stella should have had a proper battle suit like everyone else. Beyond that, the film delivered with showing us various planets and introducing a lot of concepts. The contrast of Stella being extremely confident but losing most of her fights while Elle was always scared but kept beating everyone he fought made for a nice dynamic as well. With a few sequels this could have easily become the next big Sci-Fi series. I guess it wasn’t to be this time but any fan of the genre owes it to themselves to watch this.