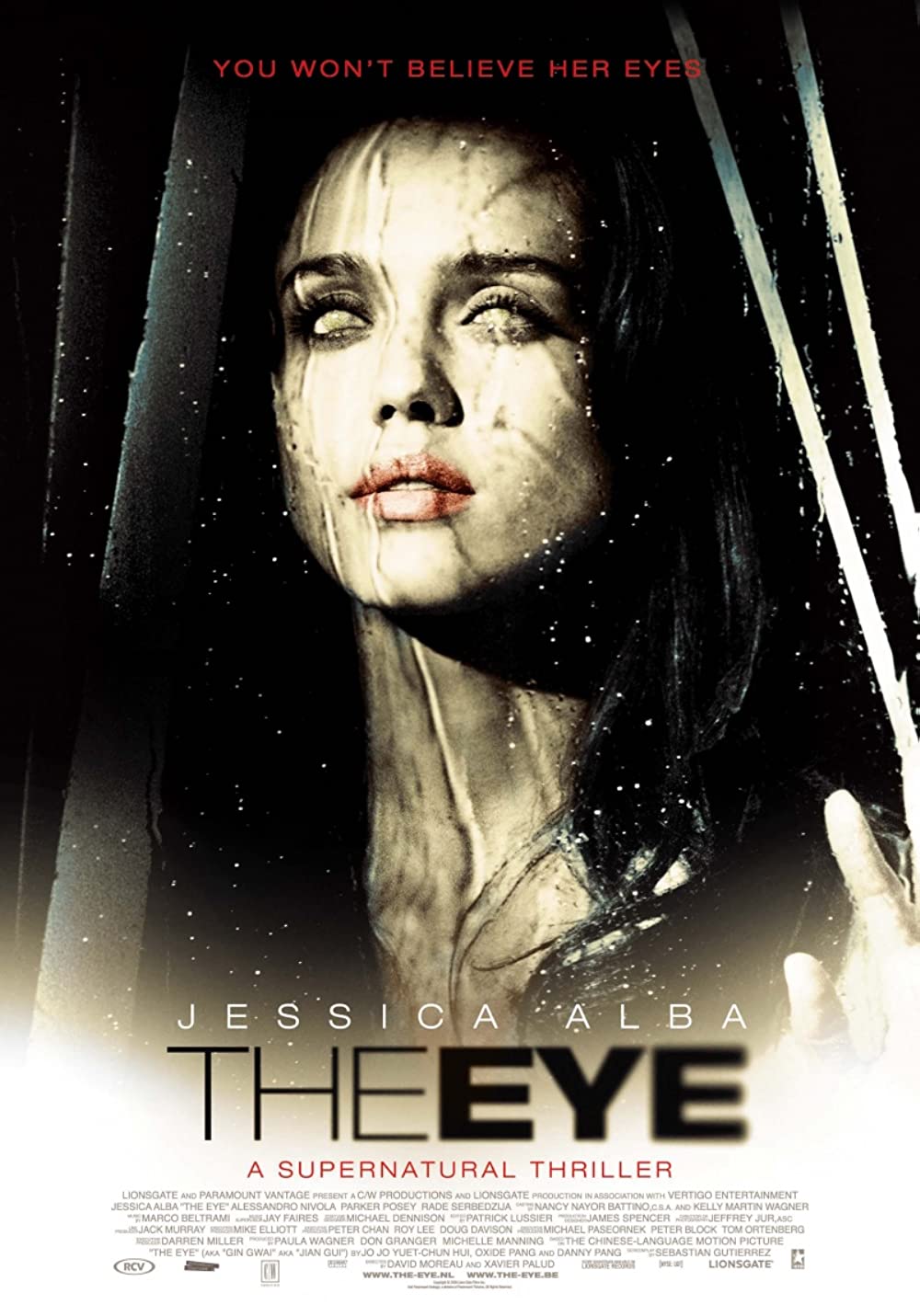 This is one of those films that I think did have a little potential but ultimately it just wasn’t that great. It could be a bit repetitive at times and the climax wasn’t quite as intense as you would expect it to be. The ending didn’t quite go the way that it should have but I give the film props for not being too explicit involving the eyes or making any of the visions too ghastly. The movie actually felt like it had some restraint more times than not which is always appreciated.

The movie starts with Sydney doing well at another concert and she has been able to become a professional even while being blind for almost her whole life. It’s pretty impressive and everyone is in awe but now it is time for her to finally get her sight back. She goes through with the eye transplant and it’s all super blurry for a while but this is supposed to be normal. What isn’t normal is that she can now see into the realm of the supernatural. Ghosts of people who died but never moved on plague her at every location. She can’t get them to stop and while her goal has always been to see, she is starting to wonder if she was better off blind. Is there a way to make these visions go away or is she doomed? What if she is actually crazy and the eyes aren’t cursed?

One issue the film has is with repeating the same ghosts quite often which takes away from the fear factor. You have this kid who is nervous because he got bad grades at school so he tends to loiter around. If she tries to talk to him then he jumps out the window but respawns where he was as if this is Call of Duty. In a different kind of film you would probably have this be an emotional story where one by one she talks to all of the ghosts and helps them move on so they won’t be like this anymore. She does do that to an extent at least with one but for the most part she is just busy getting out of here.

The film’s premise is definitely similar to something like Mieruko-Chan but played out without the more supernatural edge. This one stops at the visions instead of embracing the genre more. Sydney definitely does not handle this well although I don’t blame her since the visions are rather tricky. It can be a little hard to tell if she is ever in any real danger though because most times the villains just seem to pass by her. I think she may have been burned once by one of her memories but it fades eventually. What she should have done was to test this a bit. Try to grab one of the ghosts instead of hiding all the time. Once you know that they can’t hurt you, wouldn’t that give you some piece of mind?

Again, Mieruko-Chan handles this really well so I’d recommend that series if you want to see someone who has to live with always being able to see the supernatural all the time. It’s a bit inconvenient for Sydney but she could have handled things better as opposed to shutting off the lights and just hiding at home for a while. By the end of the film she slowly starts to get used to things and the ending is wholesome in some ways but the very ending just feels like a waste. I would have witched one aspect of the film which would have left room for a potential sequel. Even if there was no sequel, keeping in this element would have just been a lot of fun.

So the film drops the ball on the ending. As a character I’d say Sydney is okay but not all that good. She falls for Paul way too quickly and considering that they have something close to a patient doctor relationship that’s not a good idea. Sydney tries to use some pseudo science in the film to try and explain what she’s seeing and brings up a study about someone who claimed they could see things from the previous owner of the eyes. I have doubts on if this is really possible although I’d readily believe it for the brain, but I wouldn’t deny the chance. It just makes things even trickier for Sydney. If she really thinks that she is just seeing visions then there is even less to be scared of right? You can’t be hurt by visions so then that’s it. Just ignore them as best you can and keep it moving.

It’s probably hard not to react to them so scenes like what happened at the restaurant would still be tricky but I do think Sydney could have handled things way better than she did. Meanwhile Paul cracks a little too quickly on going back against his doctor’s oath to tell her about the previous donor. You really gotta be careful about breaking your oaths too quickly or people just aren’t going to trust you. I suppose most will never find that out but I wouldn’t say that is a great consolation either way.

So in general I would say that the premise was better than the execution here. There are some fun ideas and you could really have some fun themes about not judging the undead. Maybe have Sydney be scared for a while but gradually she sees that these people aren’t that bad and helps them out. There was a kid who helped her out in the hospital that wasn’t so bad. It could have even been a bit of an uplifting film in that case instead of this half hearted horror attempt. The movie is just scary and it’s just all over the place most of the time. The special effects are decent I suppose. Of course the scenes in the hospital are the weakest since you still don’t want to see any part of the operation but the film doesn’t linger on this much.

Overall, The Eye is below average for me because it really didn’t do anything great with the plot. The premise has so many areas for good potential and it didn’t use any of them. That’s a big miss if you ask me since the possibilities are really endless with this. Having eyes that let you see the dead would absolutely be annoying so that’s 100% true but lets see the main character try adapting to the situation a little bit instead of getting tossed and turned the whole time. You can do better so I’d say to skip this one.