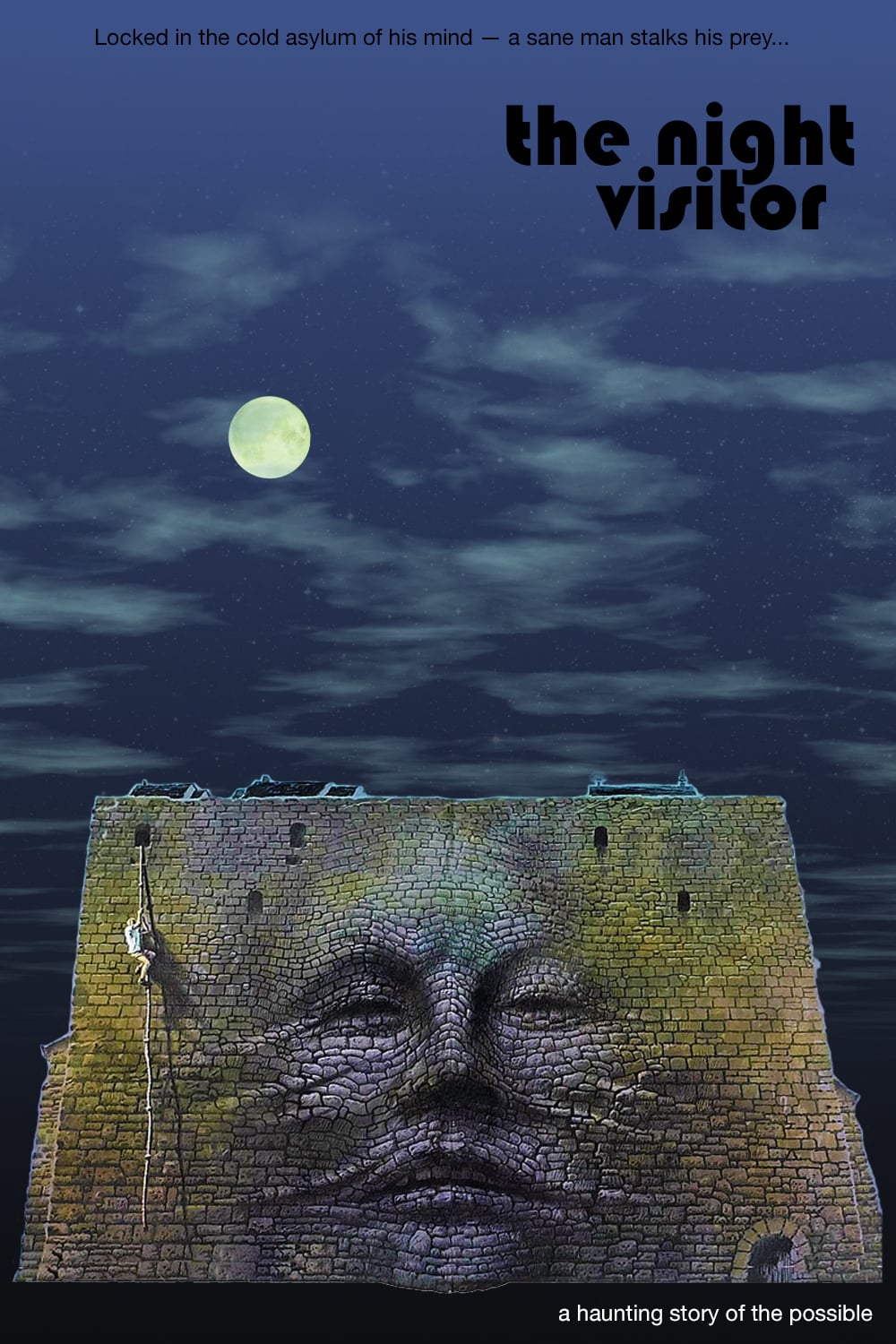 It’s time to look at an old school horror that takes place back in the olden days. There’s a lot of snow everywhere and you’d possibly think that the film takes place in Russia. That at least would have been my guess as the characters also look Russian although the film was made in Sweden so that’s probably where it takes place. It’s not one of my favorite horror films and if anything I would have to give it a thumbs down here. Right away the film starts digging some holes and by the end of the film it is 6 feet under.

The movie starts off by showing Salem travelling through the snow until he ultimately reaches his destination which is the family’s house. He was sent to an asylum a long time ago for insanity, but has escaped to gather his revenge. We learn during the film that his stay there was orchestrated by the family. Was it Emma, Esther, Anton, or all 3 of them? Each character has some justifications for their actions which amount to nothing more than their greed for money and power. Salem intends to finish them all off and the only defense against him is a young police officer who isn’t the smartest chip around and the old boss who isn’t what he used to be.

You can see why the family is doomed. No worries, the film makes sure to show you repeatedly why none of them are characters you should be rooting for. Alton is guilty of this whole mess and even worse, he tries to murder the parrot merely for speaking the truth. It doesn’t help that the bird looked a lot like my Green Cheeked Conure from back in the day so that definitely meant that Anton had no chance for mounting a comeback at this point. The character was just absolutely terrible and also not that realistic. I know it’s a common theme for the villains to actually be cowards. The irony and all that. It’s just too extreme when the guy literally faints just from seeing Salem. He can’t do anything right and the guy isn’t even remotely clever when dealing with the cops. How he managed to survive this long without dying of stress is beyond me.

Then you have Esther who is also fairly manipulative. For a good chunk of the film she tries to act fairly innocent, but by the end that guise starts to fall apart. She’s probably the boldest of the villains as she actually faces off with Salem and even tries to murder him. That plan was ultimately a little too bold though. She’s fairly strong considering her build, but in a fist fight with someone who is crazed with revenge that just isn’t going to cut it. She didn’t have a whole lot of options at this point, but antagonizing him did not help. Emma’s role is a lot smaller than the other two so you can probably guess what that means. She’s just another villain trying to get away with wrecking lives.

2 wrongs don’t make a right though and none of this makes Salem any more likable. His very first scene where he murders someone completely destroys his character because he goes down the skeevy route of possibly using the victim a bit before finishing her off. That also wrecked the movie right from the start as well. A slasher film is already dark enough, you really don’t need to introduce any more themes at that point. Likewise for the repeated attempts at animal violence. The bird managed to dodge all of Anton’s attempts fortunately but it was still no fun seeing the guy throw things at him and such. I’m sure the bird was pretty scared during all of that.

What did this film even do right? Not really much of anything to be honest. The Night Visitor doesn’t even succeed on a technical level as the snow backdrops don’t work for me. There just isn’t much to look at. The film isn’t very long, but since it’s pretty predictable that doesn’t work in its favor either. Throw in the completely unlikable cast and you’ve got yourself a problem. The best character by default is probably the police chief’s sidekick. The guy falls for every trick in the book and definitely isn’t ready to be the main police officer, but at least he tries. That’s more than you can say for a bunch of these characters in most horror films. I didn’t mind the main police officer too much, but he had less personality and took forever to really do anything.

I’m afraid that the film also fumbles with the premise as well since it all boils down to whether or not you believe that Salem can escape a jail, murder some people, and then run back in before nobody notices. I don’t buy this premise. It’s not like this is a silent endeavor and there would be so many tracks. He has to throw his rope just to make it around and as we saw in the opening scenes of the movie, it’s a very long route to the house. There’s no way you’re going to make the rounds and be back in your cell before time is up. We can assume that the guards are slacking and don’t check, but it’s all incredibly convenient for Salem. He’s also crossing this snowy wasteland in shorts and still has enough strength left to take everyone down. Adrenaline is a powerful thing, but he should have died of pneumonia by the end.

Overall, The Night Visitor is really a cautionary tale about how your past crimes will catch up to you at some point. Perhaps not as dramatically as in this film but it is true that you will always answer for your crimes in the end. These kind of revenge stories don’t really work though as the character might win out in the end but by then everyone is so steeped in darkness that it’s a case of winning the battle but losing the war. In general I rarely care for slasher films as it is, but this one really didn’t do anything to try and change that. It just went with the waves and sputtered out. If you want to watch a good horror title, check out something like Zombie Island instead.