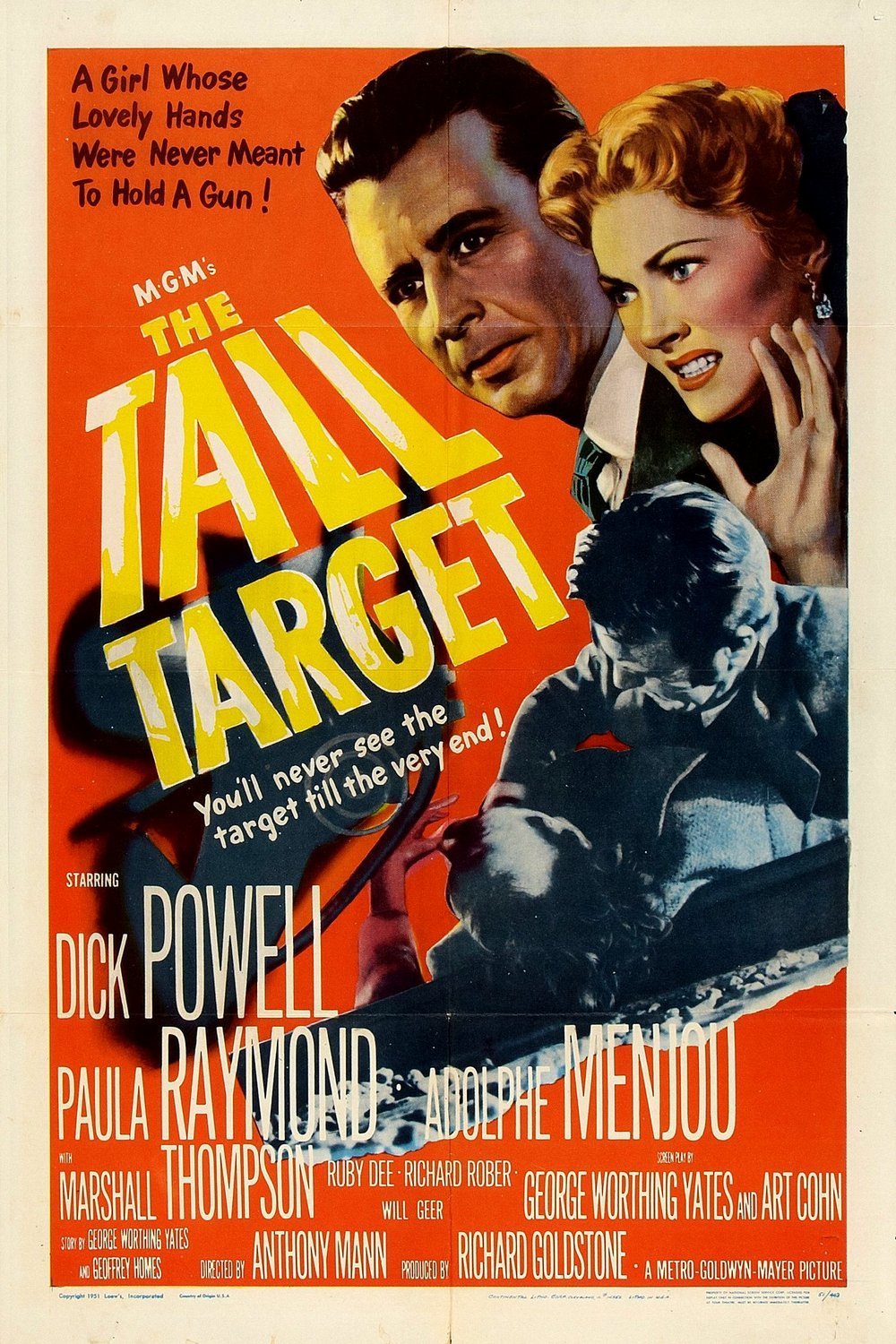 It’s time to look at an assassination plot and you don’t see a whole lot of these. It can be pretty fun to watch one guy try to stop the master plan on his own. It’s a similar plot to something like White House Down or Olympus Has Fallen. This film is a lot older so it isn’t quite as dramatized but you’ve got the core elements which is what makes this a pretty fun film to check out.

The movie starts with John bursting into the police office and asking if they’ve read his report. He works for the cops as well but is lower ranked and nobody really believes him. He is convinced that someone is going to try and murder Abe Lincoln before he is able to give his speech at Baltimore. The bosses laugh this off and the lead ends up throwing away his badge. He will now have to get on the train and save Lincoln on his own. Jerry’s ticket goes missing pretty quick so are the villains on to him or is his mind playing tricks on him and there is no assassination attempt?

I say that for suspense but it’s obvious that there is an attempt or there wouldn’t be a movie. Mainly the movie plays out as a mystery where you have to try and guess who the culprit is. It’s a big train that everyone is on after all so there are a ton of suspects to choose from. You’ve got Charlotte who is a writer and loves talking about politics. She doesn’t mind asking tough questions so it’s always possible that she wants to make a move and take Abe Lincoln down herself. Charlotte is a fun character and definitely makes the film interesting.

Then you’ve got Lance who is a soldier and is carrying a lot of guns on the train. Perhaps he has been paid off and wants to take one last shot to take Abe down for good. There’s his sister Ginny who is always quick to defend Lance. Perhaps she is using him to place attention away from her so that she can take the shot and win some kind of glory. Lance’s slave Rachel is also on the train. She may be forced to be an assassin if her family is hostage or for some kind of personal reasons. Finally you have Jeffers who is a general on the train. He gets along pretty well with John but that’s never a guarantee of anything. Perhaps he is trying to keep John close so he always knows where the main character is.

A large portion of the film is John trying to get intel but he has to do it slowly since he’s not in the best position. His biggest mistake was throwing away his badge in the opening scene. While it was good for dramatic effect it definitely crippled his ability to actually make a difference here. Nobody will actually believe that he is with the cops now and it’s not like he can legally arrest anyone either. This short sighted move aside John was still a pretty fun character. He certainly did lose a lot though. John definitely isn’t the best fighter out there.

In general the film had a pretty interesting cast. Jeffers made for a good assist and acted quite a bit like Watson. He’s a good shot and always has a lot of confidence. I liked the conductor as well and that’s another scene where John made a mistake. He should have let the conductor throw the fake John off the train. It really would have made things a little easier later on. Rachel was fun too. She made the right moves in the end and was a very reasonable character. The movie had high quality writing throughout and it’s part of what made the movie enjoyable. Everyone was trying to think two steps ahead of the next character and this made for a good blend of engaging characters who were all quite intelligent and knew what they were doing.

The twist at the end of the film was also pretty fun. It really adds another layer to the mystery. Everyone was getting messed with to some extent and that’s why it was such a good train ride. I really didn’t have any problems with it. Even John’s mistakes I wouldn’t count against the film because the lead doesn’t always have to be a super genius every time. Some of the mistakes he made I can easily see a person doing. If anything John was still really brave with a lot of the risks he was taking. Things could have easily backfired on him if things had gone sideways.

It’s also interesting to see the politics in this film. As the train had a lot of people from the south there were a lot of people there actively opposing Lincoln. You couldn’t find a single guy there who was actually happy about him becoming President or at least they would be too nervous to speak up about it. When you’re outnumbered politically and in a train with a ton of guns it’s probably a safe idea to just stay quiet. This also helps to prevent you from picking out the correct suspect too easily as everyone admits that they would love to shoot Lincoln. You just need to find out which one is actually serious about it while the others are all just bluffing and trying to talk a bit game.

Overall, The Tall Target is a pretty solid film. It is not a movie I was familiar with so I can definitely say that it is a hidden gem in cinema. It provides a suspenseful story and a good array of characters to back it up. The cast is almost surprisingly large with how many of these guys are well developed. The movie never overstays it’s welcome and I can whole heartedly recommend it to anyone who wants to check out a good thriller. You’ll be in for a lot of twists and turns.