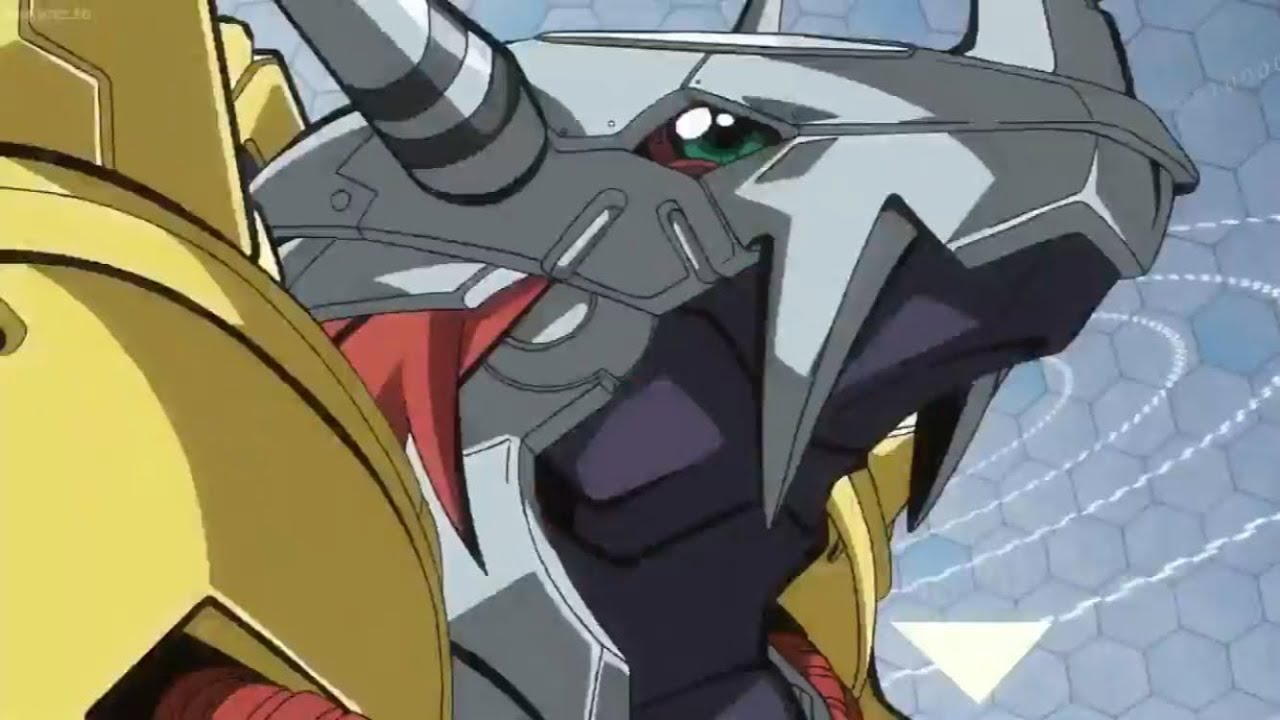 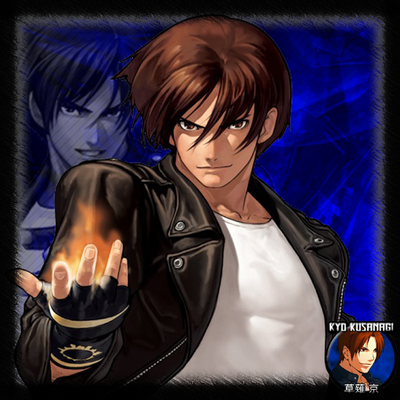 Suggested by Mehama Sadafa Kyo Kusanagi has some good fire abilities which really amp up his hand to hand skills. That being said, Greymon has too many powerful forms which will really cause Kyo to stay on the defensive. The instant he evolves to War Greymon form it will be over for Kyo. He’s not fast enough to dodge War Greymon’s ultimate attacks and he doesn’t have the durability needed to survive them either. That’s why no matter how you slice it, it’s game over for Kyo. Greymon wins.

The Colossal Titan is pretty powerful figure that scared the entire planet, but the heroes didn’t have an Omnimon to help them. Omnimon has a powerful blade and it would work pretty well against a titan. A single strike should be enough to take the Colossal Titan out of the fight and Omnimon also has enough speed to dodge any possible counters. No amount of regeneration can save the Colossal Titan! Greymon wins.

Link to the original image by Vizar-Aizen can be found below.

Greymon has his Omnimon form which is easily one of the strongest Digimon in existence while Mewtwo is the strongest Pokemon in existence. (Passing Deoxys thanks to his new Mega form) These two fighters are immensely powerful and it would be a great battle of destructive proportions. That being said, Mewtwo’s speed in his Mega form will be what changes the tides of battle. Omnimon has a lot of attack power and his beams may even be able to overtake Mewtwo’s, but Mewtwo has the decisive edge in speed which will lead to his victory. Mewtwo wins.

Update: May 29th 2014. Omnimon may not be enough, but Greymon does possess Shining Greymon and its Ruin Mode along with the Crimson form. That will be enough to take down Mewtwo in the long run. Greymon wins.

Original image found in the link below. Drawn by Nyiaj

Lugia is pretty tough and he’s one of the stronger Pokemon out there, but he doesn’t stand a chance against Greymon. Greymon has his Nova Blast after all! One good hit is enough to take down just about anybody. Even if Lugia could survive it, I don’t think he could endure a Terra Force attack! It would just be too much for him. Greymon wins.

King Kong is back, but he’s just getting ready for another loss in this round! He can’t hope to compete with Greymon and he won’t even come close. One Nova Blast should take the fight out of King Kong and then Greymon will overwhelm him in hand to claw combat. Greymon wins.

Charizard is a powerful pokemon, but he’s a bit out of his league in this round. Greymon has his Wargreymon form which can cause some immense destruction in a few seconds! Charizard can fly, but his attack power and skills aren’t anywhere close to the same league. Greymon wins.

Gallantmon and Greymon are both pretty powerful digimon. They both have many forms and their mega forms are among the strongest out there! Gallantmon’s Shield of the Just is incredibly durable, but Wargreymon’s Terra Force is as tough as it gets. I think Greymon takes the close win. Greymon wins.

Greymon is a pretty powerful digimon. His size and strength are already deadly, but when you mix that in with his sheer ferocity and you’ve got one tough digimon! Pikachu is a lot faster and his attacks pack a punch, but he won’t be able to win this round. Greymon rises up the ranks with this win. Greymon wins.

Sebastien Michelis makes his debut fight and is here to start pwning! Sadly for him this match won’t exactly end well. War Greymon has his Terra Destruction! Greymon also has some impressive firepower. Sebastien Michelis is a good fighter, but he just doesn’t have the speed or defense to stay in the fight for long. Greymon is just too powerful. Greymon wins.