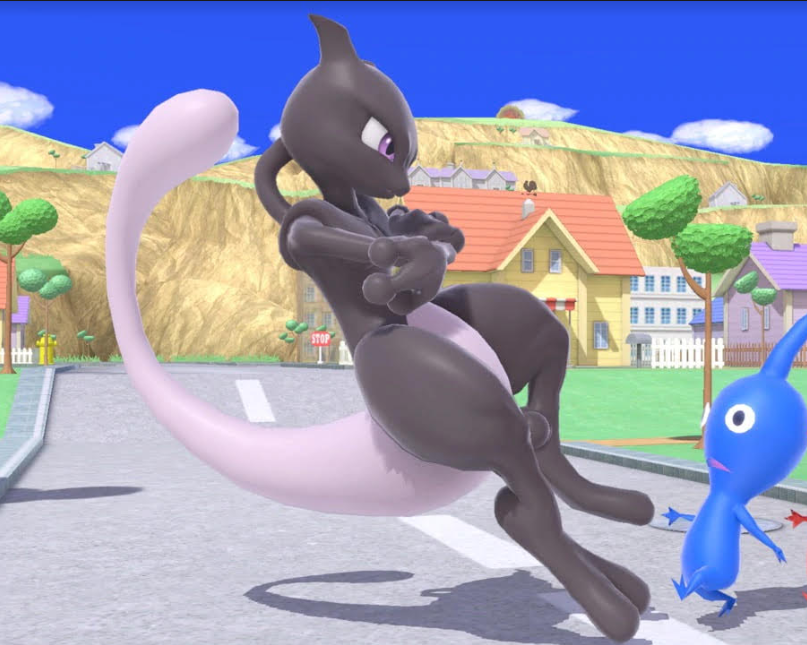 Suggested by Sonic Blue Pikmin has finally returned for another round, but he is up against a foe too mighty to overcome. Mewtwo is one of the strongest Pokemon out there and even ignoring that he has proven himself many times over as being a strong fighter in general. A single attack should easily end this round and there really isn’t a thing that the Pikmin can do to save himself. Mewtwo wins. 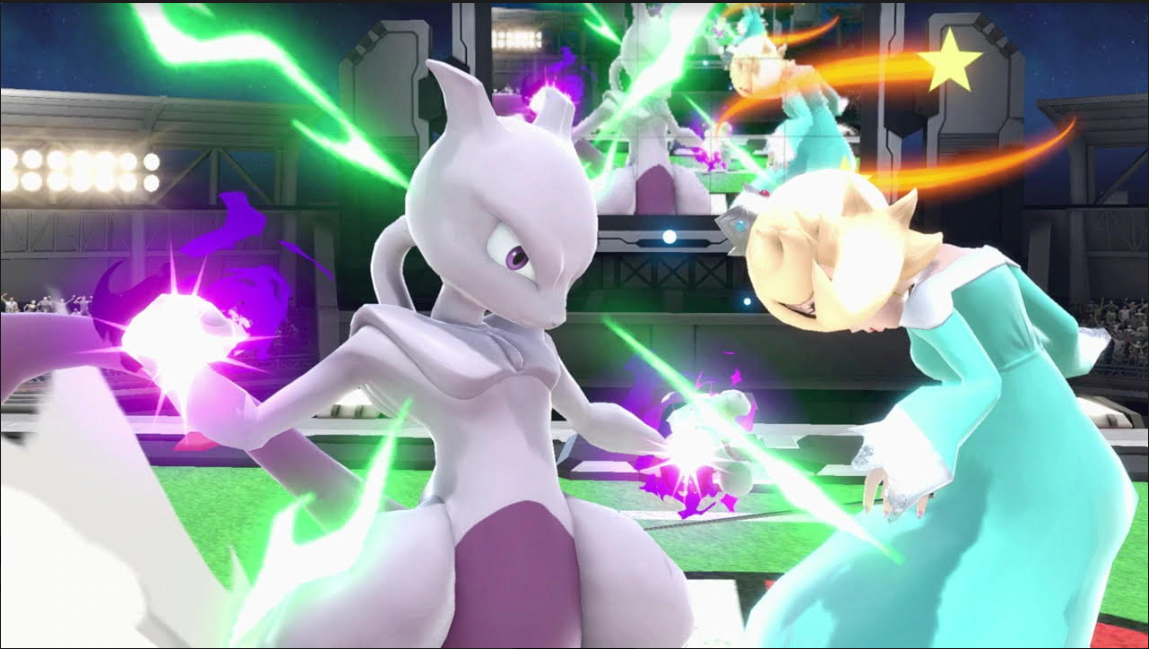 Suggested by Sonic Rosalina may travel the cosmos, but that doesn’t mean she is ready for the big time. Mewtwo still has her beat in both attack and speed. He can hurl a lot of Shadow Balls at Rosalina to distract her as he goes in for the wind. Her projectile reflection may work for a while, but it leaves her open to attack. Since Mewtwo can switch up his attack patterns at will this does not bode well for the princess. Mewtwo wins. 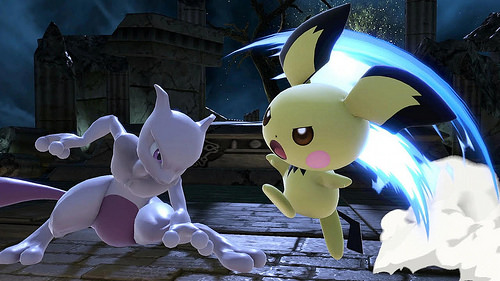 Suggested by Sonic Mewtwo is probably the strongest Pokemon of them all. He’s proven himself time and time again in combat. The only Pokemon that are even close to him would be other heavy hitters like Deoxys and Pikachu and both have had trouble with him in the past. Pichu’s speed is usually quite an asset, but against Mewtwo’s psychic abilities it will be of little use. Mewtwo also has great levels of speed in his mega form which makes him even more unbeatable. Mewtwo wins.

Suggested by Big Red Thor is a powerful Avenger and is certainly one of their strongest members. That being said, he won’t be able to keep up with Mewtwo’s speed. Mewtwo was already one of the strongest Pokemon in the entire franchise before he got Mega Mode. With that, Mewtwo is hands down the strongest Pokemon in all of history. His raw power is nothing to sneeze at, but his speed is really the important thing here. Thor simply won’t be able to land any meaningful blows on Mewtwo and the Pokemon’s attacks will start to add up. It is simply a fight that Thor cannot win. Mewtwo wins.

The two strongest Pokemon in the series finally duke it out! Pikachu is a close second, but I believe that these two would defeat him in a fight. Despite the fact that Deoxys has never been playable in Pokken or Super Smash, he’s really close to Mewtwo here. Before Mega Mode, I’d say that Deoxys very well may have had the edge here. His speed is impressive and his instant regeneration would make an anime villain proud. He has several modes, which really makes him ready for any kind of attack, but Mewtwo’s sheer power should be enough to stop in his tracks. It would be a long drawn out battle, but one where Mewtwo ultimately has the edge. Mewtwo wins.

Little Mac is one of the greatest boxers who ever stepped into the ring, but that won’t mean a whole lot against a Pokemon who can attack with his mind. Mewtwo can move at super speeds and use his Psychic ability to keepn Little Mac from getting close. In a long range battle, it’s safe to say that Little Mac would not stand a chance here and he has no way to close the gap between them. Mewtwo wins.

This is a tribute to Frankenstein. Yes, he is technically Frankenstein’s monster, but I like to call him Frankenstein. He is a character who I have never found to be very likable. I suppose that the very concept of the villain isn’t too exciting for me. I could see Mewtwo easily winning this match with a quick dash coupled with a nice Dark Slash. That ought to be enough to claim victory. Mewtwo wins

“We Like Ike!” is Ike’s chant in the Super Smash Bros series and it is quite catchy, but that’s not enough to make him be strong enough to defeat Mewtwo. Mewtwo can use his telekinesis to wrench the sword away from Ike and that will be game over for the swordsman. Ike wouldn’t last a minute in close quarters combat against a foe as fast and strong as Mewtwo. A few good Shadow Balls should suffice to win the match for Mewtwo. Mewtwo wins.

Mewtwo is one of the strongest Pokemon fighters out there. He may just be The strongest when you really think about it. Toon Link is certainly powerful, but he would have a very difficult time just trying to land a blow on the Pokemon. Mewtwo is much too fast and a quick Shadow Ball would deal a lot of damage to the kid. I don’t see Toon Link being able to hold his own here. If only he had some light boots to compliment his light arrows. Mewtwo wins.

Have you ever heard of the phrase “Combo4Dayz?” Well, it is an apt description of what would happen here as Mewtwo would unleash his extremely powerful combos. Fox really wouldn’t know what hit him and he would be overwhelmed by Mewtwo’s sheer power. There are very few beings who can hope to match his talents and I’m afraid that Fox is not one of them. Mewtwo wins.