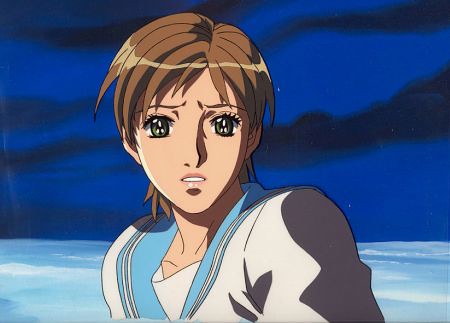 This is a tribute to the Escaflowne movie as well as Batman Bad Blood. Hitomi looked really bad in the Escaflowne film although she had a lot of company there. Meanwhile, Nightwing did pretty good in Bad Blood as he took up the mantle and managed to fight on a level that was almost as high as Batman. He would easily be able to dodge Hitomi’s attacks and her mind games wouldn’t work on an opponent who is so sure of himself. The original Boy Wonder still has his skills. Robin wins.

It’s time for a double debut! Sena Arata was a pretty great LBX main character and he was always ready for a fight. He never backed down and never surrendered. Unfortunately, I cannot say that Hitomi is a great character. She was a polar opposite to Sena as she always made the wrong choice without fail. The only thing you could count on her to do was make the situation worse for everyone else. She also can’t fight while Sena has an extremely powerful robot on his side so this won’t be all that close. Sena Arata wins.