Suggested by Destroyer Mothra is known as one of the more powerful Kaiju due to having many different variations that she can use in combat. These forms won’t be scaring Human Torch though. The guy is just too fast and his flames burn brighter than what any Kaiju is used to dealing with. Even Leo will not offer enough protection here as Mothra is ultimately overwhelmed. Human Torch wins. 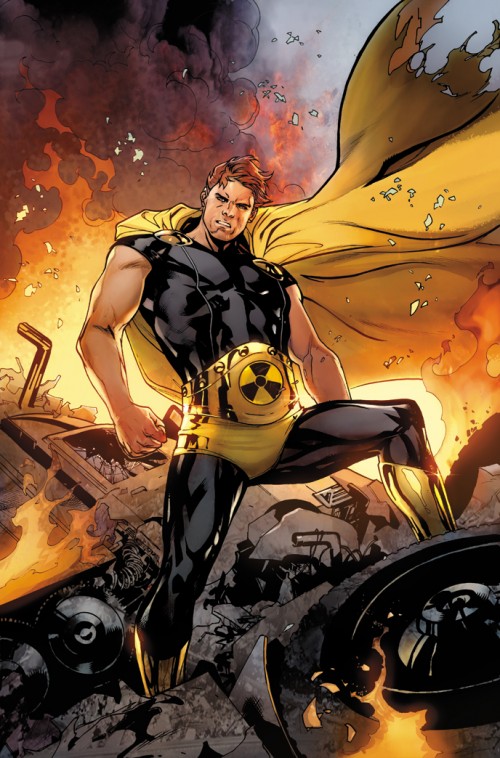 Suggested by Sonic The Human Torch is a pretty powerful guy whose fire abilities are second to none. He’s a fast flier as well but ultimately none of that will help to protect him from Hyperion. The main trouble for the FF member is that Hyperion is all but invulnerable. He can just fly through the flames and end this with a punch. Hyperion wins.

Suggested by Destroyer Human Torch is a pretty tough fighter to stop since he can just melt whatever opposition in his way. That being said, I’m not sure if he really has what it takes to stop King Cold. King Cold can destroy planets in the blink of an eye. His speed is absolutely insane and Human Torch won’t even be able to see him go by. The gap in their abilities is tremendous and there isn’t really anything that Johnny can even do about that. King Cold wins.

The Human Torch is a pretty powerful superhero and he just needs one good fire attack to turn the tides. Jack Frost hasn’t fought an opponent as powerful as the Human Torch and he likely never will as he continues to be beaten by opponent after opponent on the blog. He just can’t catch a break against these guys. Human Torch wins.

Human Torch is back and now he’s up against Hawkeye! Hawkeye is a pretty good archer, but even he would tremble at the thought of fighting Human Torch! Human Torch has incredible speed and with one good fireball he could end this! Hawkeye was out of his league. Human Torch wins.

The Trapster is pretty tough when he wants to be, but his skills are limited to his less than impressive weapons and hand to hand skills. Human Torch could speedblitz him with ease and one fire blast should tape him out. The Trapster has lost again, but he will be back. Human Torch wins.

Poor Big G never stood a chance in this round. Human Torch can speedblitz the living daylight out of Big G. Big G is tough, but speed is not something he’s known for. Human Torch has his FF powers and he got the Thing form due to a what if. Godzilla will be back someday. Human Torch wins.

The Human Torch is definitely a big threat to many fighters. He has the powers of the entire Fantastic Four at his disposal! Of course Spiderman has the power cosmic and his Phoenix Force. With those abilities at his disposal he’s also incredibly tough to defeat. Not to mention his Hulk form! Human Torch will always be his rival, but Spidey takes the win. Spiderman wins.

Human Torch is back and this time he’s up against Iceman. Iceman has his ice powers, but as tough as they are it would be tough to take down Human Torch. Human Torch’s powers are just far too much of an advantage for Iceman to overpower him. Iceman drops down the ranks with this loss. Human Torch wins.

Human Torch is back, but he can’t quite win this round. The Sentry is so powerful that with one punch he can take down many beings in an instant. The Human Torch may have the FF’s powers, but in the end it’s not enough to take down this guy. The Sentry is pretty much marvel’s Superman. Sentry wins.