Suggested by Destroyer Mothra is known as one of the more powerful Kaiju due to having many different variations that she can use in combat. These forms won’t be scaring Human Torch though. The guy is just too fast and his flames burn brighter than what any Kaiju is used to dealing with. Even Leo will not offer enough protection here as Mothra is ultimately overwhelmed. Human Torch wins.

Suggested by Destroyer Dracena is a pretty powerful robotic monster but it hasn’t really gotten to do much of anything since the character was invented. When you think about it, his only moment of glory was the opening boss fight to Counterforce. Meanwhile Mothra has had many super forms such as Leo in the past which have given her a bunch of abilities. I don’t really see Dracena being able to keep up here as the difference in firepower will just be too vast. Mothra definitely takes this round and I don’t see Dracena being able to make a comeback. Mothra wins.

Suggested by Anonymous Mothra is another foe who will end up defeated by the heroics of Sonic. Sonic is way too fast and clever for Mohra to hope for a victory. Mothra is no slouch in the speed department either but the gap is too wide. As such, it will be game over for Mothra as soon as the match begins. If Sonic wants to end the round even sooner, all he has to do is activate his Super Sonic form. There’s really nothing Mothra can do against it. Sonic wins. 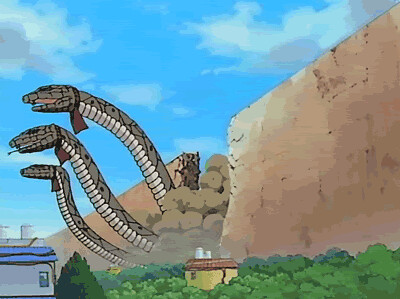 Suggested by Destroyer The Three Giant Snakes are back but they are no match for Mothra’s incredible power. The Kaiju was able to beat Godzilla after all so don’t let her happy exterior fool you. Mothra is just as deadly as any other Kaiju and she also has an impressive array of super forms to back her up as well. Her opponents had best beware her power. Mothra wins.

Mothra is tough and while she doesn’t have the same physical strength that most of the Kaiju possess, she has a good amount of long range options. Mothra even has variations of herself like Mothra Leo, which amp up her attack power. Robin had a lot of gadgets, but they won’t really have an effect on this Kaiju. If Robin obtained many powers like Batman it could have been different, but that simply did not happen. Mothra wins.

Mothra is a pretty powerful kaiju, but her abilities won’t be enough to stop Ness. Ness has some powerful PK abilities at his disposal and Mothra just won’t be able to compete with him. Mothra has some strong lasers of her own, but they would just be absorbed by Ness. Mothra is too big to try and hit Ness, so Ness can gradually reduce her health with punishing attacks. Ness wins.

Mecha Godzilla II is a pretty powerful robot and he even went up against Godzilla in the past! He’s pretty tough and his armor is solid, but will it be enough to take down Mothra? Mothra’s super speed and energy blasts should provide her the advantage that she needs to win this battle. I don’t think that Mecha Godzilla II could keep up. Mothra wins.

Juggernaut is back and now he’s up against Mothra! Mothra is a pretty fierce fighter, but she won’t be able to take Juggernaut down. His raw power is immense and he even became Captain Universe at one point. I think it’s safe to say that Mothra’s a goner in this match. Juggernaut wins.

Mothra is pretty big and strong, but in the end she can’t hope to defeat Dialga. He’s just too powerful and has shown that he can take care of himself in the past. Some good blasts from him should knock the fight out of Mothra. She put up a brave fight in the end. Dialga wins.

Little Beeper is pretty fast and one of those guys you don’t want to challenge to a race. Still, Mothra has her super powers and can fly pretty fast. She can also beam spam which will lead her to victory! Little Beeper tried, but in the end he just wasn’t able to beta such an opponent. Mothra wins.