Suggested by Destroyer This one may be one of the more mixed battles in terms of reception but I don’t see Terminator winning this. Why? While he has enough offensive might to take Frost out, I just don’t see him being fast enough to pull this off. In most incarnations Jack Frost can fly or at least use a trail of ice to sled his way through the battlefield. In every continuity where he has aerial mobility, he will be faster than the Terminator can shoot. It’s one of those cases where speed just trumps power because the Terminator will have no way to hit him. Jack Frost wins.

Suggested by Sonic King Bob Omb is a tough villain and someone who even gave Mario a run for his money. That said, he doesn’t have any long range options which hurts a lot against a guy like Jack Frost. Jack can spam some ice blasts at him and that would really be the end of the match. King Bob Omb isn’t fast enough to dodge the attacks nor is he durable enough to tank them. In the end that means he will eventually go down and would need a speed boost to compete. Jack Frost wins.

Suggested by Jean Jack Frost has a lot of good ice abilities at his disposal but they won’t be enough to stop Thor here. Thor’s got his Mighty Mjolnir at the ready and already possesses a great deal of strength and speed. One good hit should be enough to shatter Frost to pieces and end this match in an instant. Frost won’t even have time to work his magic on the weather. Thor wins.

Suggested by Destroyer Jack Frost is an ice fighter whose power level tends to flucuate quite dramatically. At his best he’s honestly not that bad though. He can shoot focused blasts of ice and can even fly. I don’t know about you but that doesn’t sound bad to me. Still, I would have to give Black Widow the edge here. She is a lot more adept at hand to hand combat and has some pretty good gadgets at her disposal. Frost won’t be able to keep up and without being able to land his ice blasts he is in a difficult spot. Black Widow wins.

Suggested by Destroyer King Ghidorah is back for one last hurrah and now it’s against the well known Jack Frost. Ice seems to be a big problem for Kaiju so Jack has that up his sleeve but ultimately his power output just isn’t high enough. King Ghidorah can easily break through any kind of attack that Jack tries to dish out and it won’t even be close. King Ghidorah is just on a whole different level and he just needs a single attack to win. Jack is fast, but he will definitely tire before Ghidorah does. King Ghidorah wins.

Suggested by Anonymous Jack Frost is agile and has some good energy blasts at his disposal. That being said, I think he is utterly outmatched against Scorpion in a one on one fight. Jack Frost’s main edge in combat is that he can easily support his teammates and cause a lot of mayhem. Without any real hand to hand skills, his projectiles just won’t be enough against a skilled foe like Scorpion. Scorpion (MK) wins. 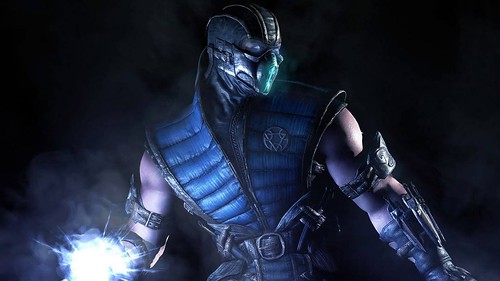 Suggested by Anonymous Sub Zero and Jack Frost both specialize in ice, but Zero is able to fight from both close and long distance. Sub Zero is also more experienced in combat and has taken many foes down in his day. Jack’s ice blasts also won’t be quite as effective here. This just isn’t a fight where I think he has a great chance. Sub Zero wins.

This is a tribute to Rise of the Guardians. Jack Frost actually looked really good in this one. Certainly power wise as his Ice Lightning was most impressive. I don’t think that the One Above All is ready to take on such a formidable opponent. He may have some mean dance moves and decent durability but that just isn’t enough to let him hang on in this round. He needs something more in order to take the win and he just doesn’t have that It factor. Jack Frost wins.

The Human Torch is a pretty powerful superhero and he just needs one good fire attack to turn the tides. Jack Frost hasn’t fought an opponent as powerful as the Human Torch and he likely never will as he continues to be beaten by opponent after opponent on the blog. He just can’t catch a break against these guys. Human Torch wins.

Jack Frost is a pretty tricky fellow, but he’s not much of a fighter. I don’t think that he would last very long against an opponent like Iceman and he would go down for the count. Iceman has a large array of ice attacks at his disposal which will be more than enough to take Jack Frost down for good. Iceman wins.