Suggested by Sonic Shazam is incredibly powerful but he hasn’t had to go toe to toe with Sonic a bunch of times. While Knuckles definitely doesn’t have that same kind of speed, he is still incredibly fast in his super and hyper forms. His attacks would deal a whole lot of damage to Shazam as well. This could end up being a little close if Shazam is able to land some blows but ultimately Knuckles will win this out with his speed. Knuckles wins. 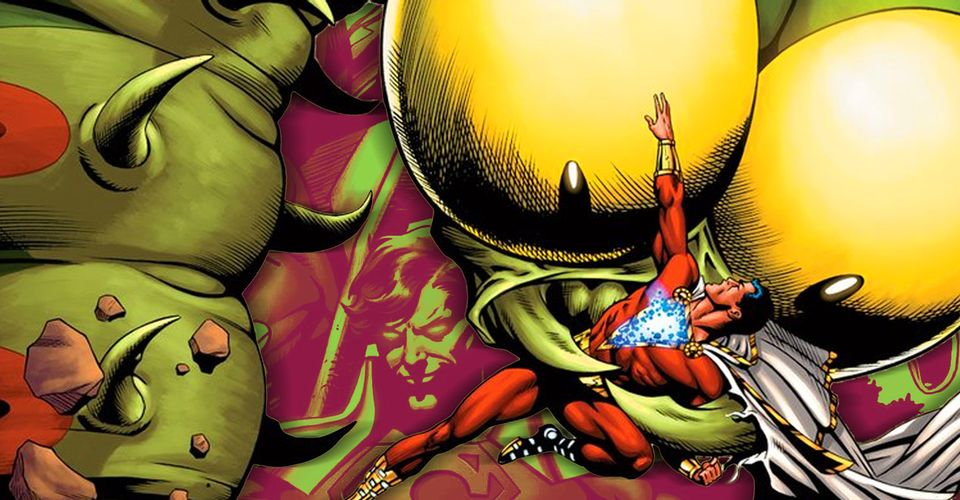 This is a tribute to the Lego DC film. Shazam looked pretty good in this one as he balanced out his new abilities and helped save the day a few times. Even Mister Mind’s creations were no match for Captain Marvel. Mind is very smart so he always thinks of a way to stay in the running but once Shazam gets within range I would say that this match is as good as over. There’s just no comeback available. Shazam wins.

This is a tribute to the Shazam film as well as the Broly title. Shazam spent most of the film running away which definitely hurt his chances of taking home the gold. Meanwhile Broly was able to surpass his limits and fought two of the strongest characters in history. That was certainly not an easy feat and it was certainly one of his best appearances yet. In terms of physical abilities there is a huge gap between these two fighters and that’s not even counting energy attacks. Broly wins.

Suggested by Destroyer Space Godzilla is certainly one of Godzilla’s coolest monsters and the concept behind him is just plain epic. His uncanny resemblance to Godzilla is certainly something worth looking into and I’d like to see him return someday. That being said, I honestly just can’t see him lasting very long against Shazam. Lets just look at the facts here, Shazam is extremely fast and very powerful. He can hold his own against Superman for a period of time and even if Space Godzilla could injure him….how will he hope to land a hit on Shazam? The difference in speed is just too great! Shazam wins.

Ronan The Accuser is pretty powerful, but he now faces one of DCs finest heroes. Shazams power is comparable to that of Supermans and his super speed gives him a solid advantage in this round. He has a decent immunity to magic thanks to his abilities and he should be able to last long enough against Ronans strikes to speed in for the KO. Shazam wins.

It’s a battle of two of DC”s strongest fighters. Both of these guys could go toe to toe against Superman and their abilities are roughly equal. In a standard fight, Black Adam is typically a little stronger and faster. That being said, this is composite so the tides change quite a bit. Shazam once became Lord Marvel and his abilities were greatly enhanced. With this, Shazam destroys the gap between them and he is at a level where he could beat Black Adam. Shazam wins.

Ralph Hinkley makes his debut on the blog and he’s up against the mighty Shazam! Ralph Hinkley is a teacher and Billy Batson is a student so things could get tough for Billy in a battle of civilians. Luckily, Billy’s ability to transform into the mighty Shazam will come in handy. Ralph also has similar super powers so this could end up being a close battle, but Shazam’s physical attributes are simply better. He’s gone toe to toe with Superman! Shazam wins.

Firelord has never gained back his honor after being completely destroyed by Spiderman. He may be a powerful opponent, but Shazam would beat him even quicker than Spiderman. Shazam has some pretty incredible speed feats on his side and Firelord just wouldn’t be able to keep up with him. Shazam wins.

Shazam is definitely a true powerhouse and he’s one of DC’s greatest warriors. He fought Thor in one of Marvel and DC’s big crossover events and Thor took the victory. I don’t think that Thor would win in a rematch because while he is one of Marvel’s strongest fighters out there…Shazam has taken Superman on in the past and is about his equal. I don’t think that Thor can keep up with his speed and Shazam’s power is also basically off the charts. This is one tough battle that Thor will have to lose. Shazam wins.