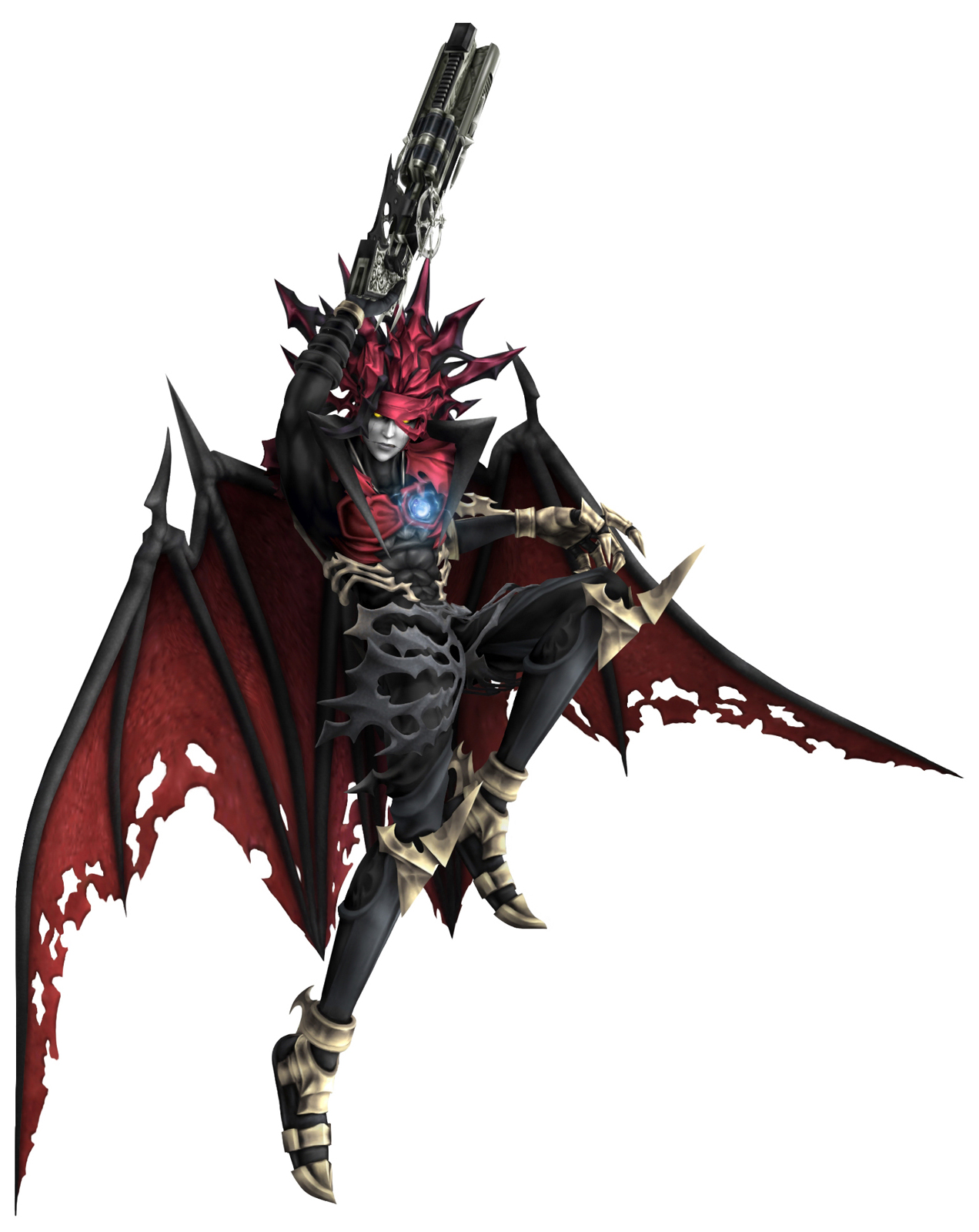 Suggested by Sonic Riku has the powers of darkness at the ready but Vincent mastered those a long time ago. In his Chaos mode he can fire off brilliant blasts of energy and can also fly at high speeds. That is what will really give him the edge over Riku since Riku just doesn’t have the tools needed to counter those attacks. Riku would need to try and get in close to really land his best shots and against Vincent I don’t think that will really be an option. Vincent wins.

Suggested by LightningEllen Dracula has returned to try and place the fear in another opponent, but good luck scaring Vincent. His design is even more intimidating than Dracula’s and he is a very powerful fighters. With his twin guns and a demonic super form that was featured in Dirge of Cerberus, I have a hard time seeing Dracula land any real hits in. Vincent is incredibly fast and his attacks leave a large trail of destruction in their wake. A glancing blow will deal massive damage to Dracula and whether his end is met through a barrage of gunfire or a few quick stabs from Vincent’s claws, the match will be over. Vincent wins.

Vincent is back and this could be a tough match for him since he’s fighting one of the strongest cooks around! Sanji has pretty good speed and power which makes him a tough fighter, but in Vincent’s Chaos mode his speed is even greater. He also has a gun that shoots blasts of unimaginable power. It would be too much for Sanji. Vincent wins.

Mai Shiranui is a character who knows hand to hand, but has no shot against Vincent. Vincent could just shoot her and she’d die. She just didn’t have enough skills to win in the end. Vincent goes higher with this win. Vincent wins.

Vincent is an extremely powerful FF character who can beat many characters. Unfourtanately for him he’s fighting Sigma. Sigma is a high above and never loses a fight. Sigma is heading for 20 whole wins. Sigma wins.

Forge tries, but no matter what he invents he won’t be able to take down Vincent. Vincent has his guns that would take Forge out in an instant. In his chaos Form he even has an energy gun. Forge dies so fast it’s scary. Vincent wins.