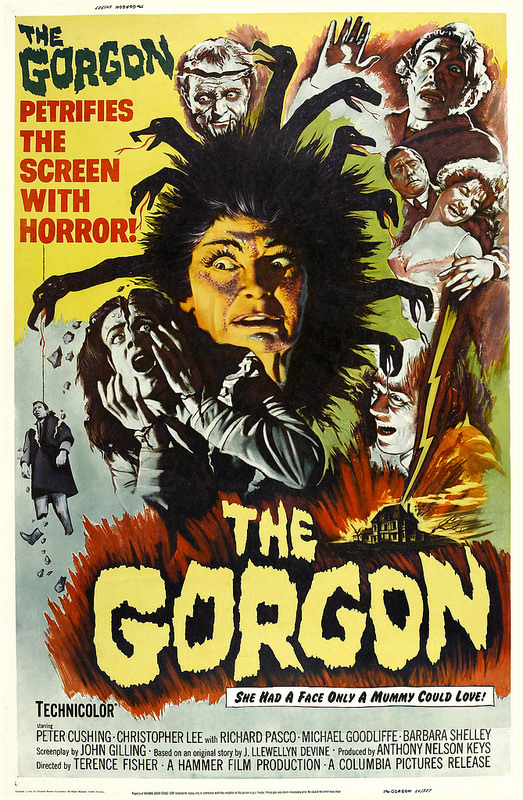 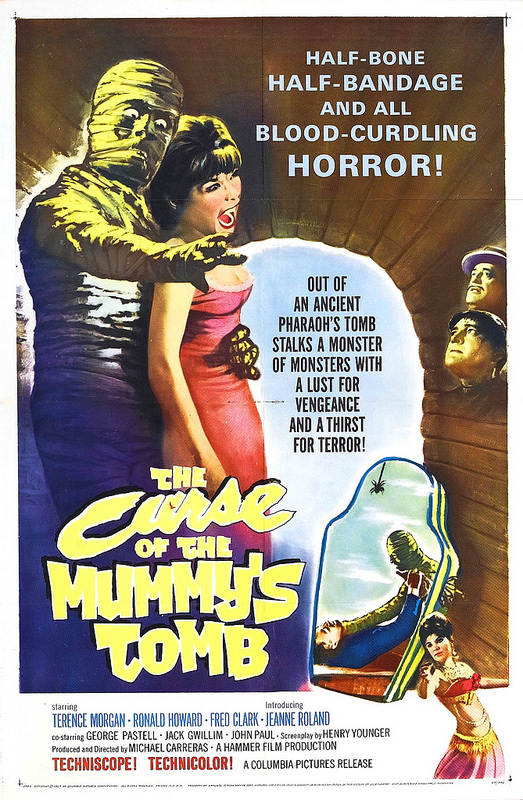 It’s time to look at an old Mummy film. Unfortunately this one isn’t particularly good, but I don’t think you will find this all that surprising. After all, the Mummy films are rarely all that good and this is the Hammer version. Hammer pretty much never gets anything right so why would they start now? Just think about it….these guys aren’t the ones you want to write your film. As a result we get a bunch of unlikable characters thrown into situations where it is hard to be sympathetic to them.

The film starts out with John and the gang digging up a mummy. The locals don’t like this since mummies bring a lot of curses with them so they try to murder the heroes. The main characters fight back and eventually with the help of the rich Alexander they get the Mummy out. Alexander is your typical rich CEO who wants to make even more money so he thinks that the curse will be a great way of attracting people over to his shows. Honestly….he’s not wrong. It’s working pretty well, but then the Mummy escapes and starts to murder people. John will have to figure out a way to stop the Mummy, but he also has to figure out a way to stop Adam from stealing his fiance Annette. Will he be focused enough to achieve both objectives or forfeit both?

Right away you can see one of the problems here…Annette. So, she is supposedly serious about John and yet the instant Adam shows up she quickly starts cheating on John and is ready to abandon him. This essentially means that she was fake all along or she was only in it for the money. I can’t imagine that John has that much cash so it’s a little iffy, but it’s all that I’ve got. So, this wrecks Annette’s character, but it also makes John look bad since he never even confronts her about this. He basically just watches and once Annette is ready to take him back he’s ready as well. The film ends before we can really see the fallout but I would have liked to see them break up before the film ends.

Also, before it got the far shouldn’t John have fought for her? It’s a debatable point since sometimes it’s best to just let someone go if they’re going to be tempted away that easily. At the same time, you gotta make some kind of move right? Leave or stay but just watching makes John look sooooo weak. Then we’ve got the villain Adam. Aside from the fact that he acts obviously evil from the start, his plan is just pretty bad. He is cursed with immortality and the only way he can die is if the Mummy murders him. I personally think he overrates his healing factor, but even if it is true, he has to go to an awful lot of work just to die a very painful death. There’s nothing particularly likable or interesting about Adam.

The only good character here is Alexander. As I mentioned he is a bit generic, but I really like the rich CEO angle. He wants to make a quick buck and is honest about how petty he is. You have to appreciate how straight forward the guy is. You know from the start that he is definitely going to die, but even with that I have to say that I was rooting for him. He isn’t scared of mummies and curses the way that everyone else is. Alexander holds his ground all the way to the end as a good character should. He should have been the main character and it would have been cool to see him take down the Mummy personally.

As for the Mummy, I’m afraid that he is also a disgrace here. The guy can barely move and hie design is just awful. It’s almost like the movie is doing its best to mock the guy here. The only way he hits anyone is when they trip or are being held back by another character. He is also weak against chanting, but is still able to back hand Adam so I’ll give him some props there. He also destroys his followers when they wish for it so you could argue that he is taking commands. This version of the Mummy is the closest we will get to a mindless monster.

The whole time you’re watching this film you’re going to be waiting for a character to make a sensible choice. Unfortunately it just never happens. The Mummy’s followers are both suicidal and end up letting him murder them. The heroes are either not courageous enough to do anything like John or they are easily swayed and can’t be trusted. In case you weren’t sure, I thought the writing in this film wasn’t particularly good either. At best I can at least say that the film’s pacing wasn’t bad. It’s a pretty quick adventure and isn’t given enough time to drag on.

Overall, The Mummy’s Tomb could and should have been a lot better. As it stands, it’s a fairly annoying film that just isn’t all that enjoyable. There’s really not much to see here and you’d be better off watching one of the other Mummy films. I don’t know why these companies have so much trouble with the Mummy. In theory it’s a concept that should work quite well. The Mummy got the short end of the stick on his first attempt at life and now he wants a re-do. Where’s the harm in that? Yet, the Mummy doesn’t get to appear for very long in some of these films. It’s a shame.