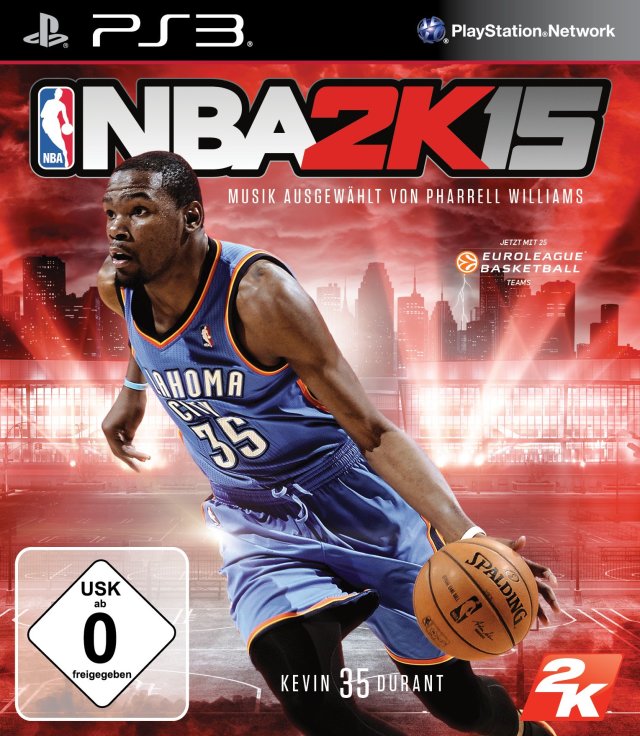 Yes guys, it is Basketball time once more! I’m still not the biggest 2K fan out there, but I will admit that they spared no expense with this one. There’s even more content than usual and of course the graphics are really good as always. There’s really nothing to dislike here so as long as you like Basketball then you’re gonna be in for a pretty great experience.

As always I started out with the classic Play Now mode. It’s always a good way to quickly get used to the controls and just get yourself acquainted with the game. I’m still not quite ready to take on the higher difficulties here as normal mode is enough for the computers to start to overwhelm me. I was doing pretty good, but gradually the small lead the computer had kept getting bigger and bigger. By the end of the game it was a genuine blowout. I tried adjusting mid-game but it’s definitely easier said than done.

The main issue here is the fact that on offense I am definitely not guaranteed to score and that’s always a bad thing since I can’t really stop the computer all that consistently. Sure, I can stop them here and there, but they score almost every time and I’m typically scoring 50% of the time. It’s odd that I’m missing so much so In know that I’m getting something wrong as opposed to the shot% just being really low here. It seems like there is some kind of shot meter like in some of the newer NBA games only it is invisible unlike those. So make sure you’re timing your shots since that seems important.

Even with that it is tough to get the shots because you need to learn how the mechanics work for all the various situations. A lot of times I would try to get a shot off but the player would try to dodge someone so the shot didn’t go off. It definitely takes a lot of practice. You also can’t get away with the risky passes you might have tried in the normal NBA games because here they’ll steal the ball almost every time. The defense is relentless.

On the other hand, it’s hard to stop the team when they’re on offense. Most of the time you’re just hoping that they’ll miss the shot and you can get the rebound. Of course, rebounds are really tough here. On one hand I almost always got the rebounds when I would miss a shot, but by the same token they would tend to get their own rebounds as well. Defense just felt almost impossible at times, but that’s usually how it is for me.

So, I decided to play some more of the bonus content here that I usually don’t really touch upon. One of these was the franchise mode. In this one you start out as a new recruit in college and you play one game before the actual draft starts. It’s pretty interesting since you’re an actual player so you can’t just keep on jumping around like you would in a normal game. You have to just play the game as a selfish player constantly asking for the ball or just waiting for your opportunity. I tried being selfish since it’s not like I was going to be playing this for a long time anyway. I ended up getting an F grade….so that didn’t work out well.

From there you go to the draft and then some actual interviews which was pretty interesting. I do love the concept as this makes the realism grow to even greater heights. It’s hard to imagine the games getting even more realistic than this. It’s the full draft experience, but the one thing I don’t like is that you can’t skip the cutcenes. You get 3 interviews back to back and I like how you have different options for your answers, but it is very long so if you don’t care and just want to get into the action you’ll be waiting for quite a while.

Meanwhile the graphics are naturally top tier as always. You won’t have any complaints here for sure. The players are naturally on point and on model. The court is clear and a lot of effort was put in here as per usual. The soundtrack is definitely less inspired. It’s pretty much the same as per usual but either way you’re in it for the Basketball right? The soundtrack would just be a bonus.

There’s pretty much endless replay value here as you can keep on playing the various basketball matches or you can jump into these various franchise modes. I probably prefer the classic Basketball gameplay the best, but I do think the novelty of sticking to one player could definitely be a lot of fun as well. I don’t know about being pulled out of the game though, that seems like it would be annoying pretty quick. Then of course you’ve also got the PS3 trophies to earn so you’ll definitely be here for a while. I didn’t try the online, but since this is 2K15 I wonder if the servers are still up. I definitely don’t know for sure though so don’t count on the online still being active just in case.

Overall, NBA 2K15 is probably the definitive installment in the 2K series. At least from the ones I’ve played. The gameplay still isn’t quite as fast paced or intense as the NBA ones in my opinion. It’s definitely a very different take and for longtime fans of the 2K series I’m sure they’ll love it. It’ll take a little longer for the normal NBA fans to get into it of course, but once you do then you’ll see the great amount of depth that is to be found here. I’d recommend picking this one up and soon I’ll be playing the older installments so it’ll be fun to see how the game has evolved over the years.