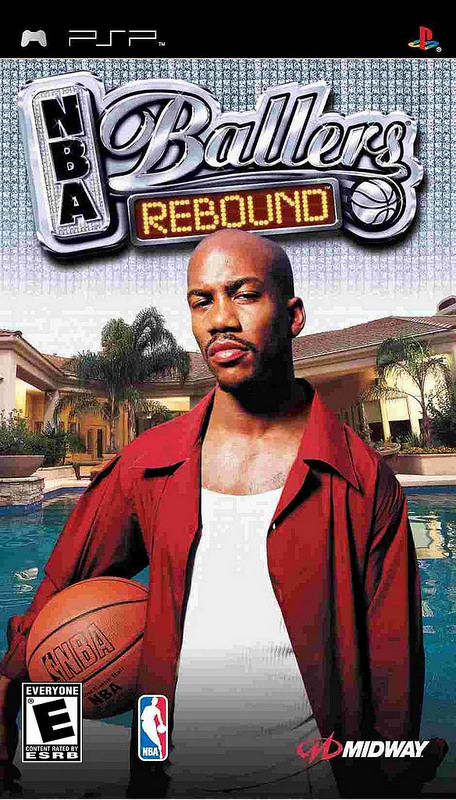 NBA Ballers is a game that I’ve been working on for quite a while. It was never quite interesting enough to become the main game but was a nice side project. It’s a very unique Basketball game and while I probably would not put it above any of the other titles, it’s definitely a solid enough game in its own right. Who hasn’t wanted to be able to go 1 on 1 in this sport before? It’s not a mode that I remember being featured in the mainstream NBA games so it’s cool that it finally got some time in the spotlight.

There are several game modes in this but the main one is naturally the Rags to Riches mode. You start out as a kid playing by the local courts and gradually move up until you are a pro. There are numerous tournaments and each one has around 8-10 people. Between tournaments you get to see your buddies or a rival may show up to put you on blast. The audio isn’t great so don’t expect to actually know what anyone is saying. Focus on the gameplay, that’s the important part here. It’s basically where I spent all of my time anyway.

The unique part of the game is the fact that all matches are 1 vs 1. You don’t have any teammates to back you up so if the opponent gets past you then it’s all over. The match’s are first to 11 and best of 3. The matches can be a little long depending on how good the opponent is but for the most part it is all a reasonable amount. A very important part of the gameplay is your juice meter. Build it up to spam the opponent with style moves that will build your house meter up so you can use a final smash. I never got to do the latter, but using the juice meter to run is an easy but effective way to score anyway. I also like bouncing the basketball off of my opponent but that play is a little risky since sometimes they will just keep the ball.

As you play through the tournaments your stats will increased based on your gameplay. It’s a nice touch although with the opponents also getting better you probably won’t notice the change all that much. You can then use money to buy new abilities or upgrade your current ones. Money is definitely very important here. As a casual player myself, I can’t say that I made the most of it though. Even by the end I couldn’t really use most of the abilities so I had to win with pure fundamentals. I was able to pull through of course since that’s what I do, but mostly each match would be neck and neck. It was hard to stop my opponent from scoring so the best of 3 set would always go to the last game.

The story campaign is already fairly long so it’s clear that this game has a lot of content to it. There is a multiplayer mode as well where you can have endless fun. Becoming the best and buying everything will take an extremely long time as well. Considering that you can probably get this game for a few bucks, you’re really getting a great deal here. In general sport games do excel at content since from a developing point of view it’s easy to make it long. Just keep on adding more opponents and slightly altering the character models. It’s even easier for Madden since you just fight the same teams over and over again in fresh environments. It’s sort of like how a fighting game never gets dull. You can just keep on playing over and over again with no worries.

The graphics aren’t bad. There’s not really much the game can do to show off though since the whole game takes place in very realistic environments and it’s not like there are any superpowers or things like that. Everything is clear so that’s basically what I’m judging the graphics on. It succeeds at what it is trying to do, showing a good game of Basketball. I can’t say much for the soundtrack though, it’s fairly generic as with most sport games. You won’t recall any of the tunes and I’m still waiting for these games to branch out a little more. No reason why we can’t have some hype opera themes while shooting hoops right?

Overall, NBA Ballers is a fun game. It’s definitely a title that flew under the radar, but one that I would recommend to any serious NBA fan. It’s a fresh take on the franchise and that’s what you want to see in a spinoff. Still, if you have to choose one or the other, I would certainly say that you’re better off getting one of the main installments. At the end of the day Basketball is still more fun when it’s team against team as opposed to 1 vs 1. Maybe I’ll be able to play another game in this series at some point although I doubt that would be anytime soon. As it is I’ve got a bunch of sport games on the back burner already.