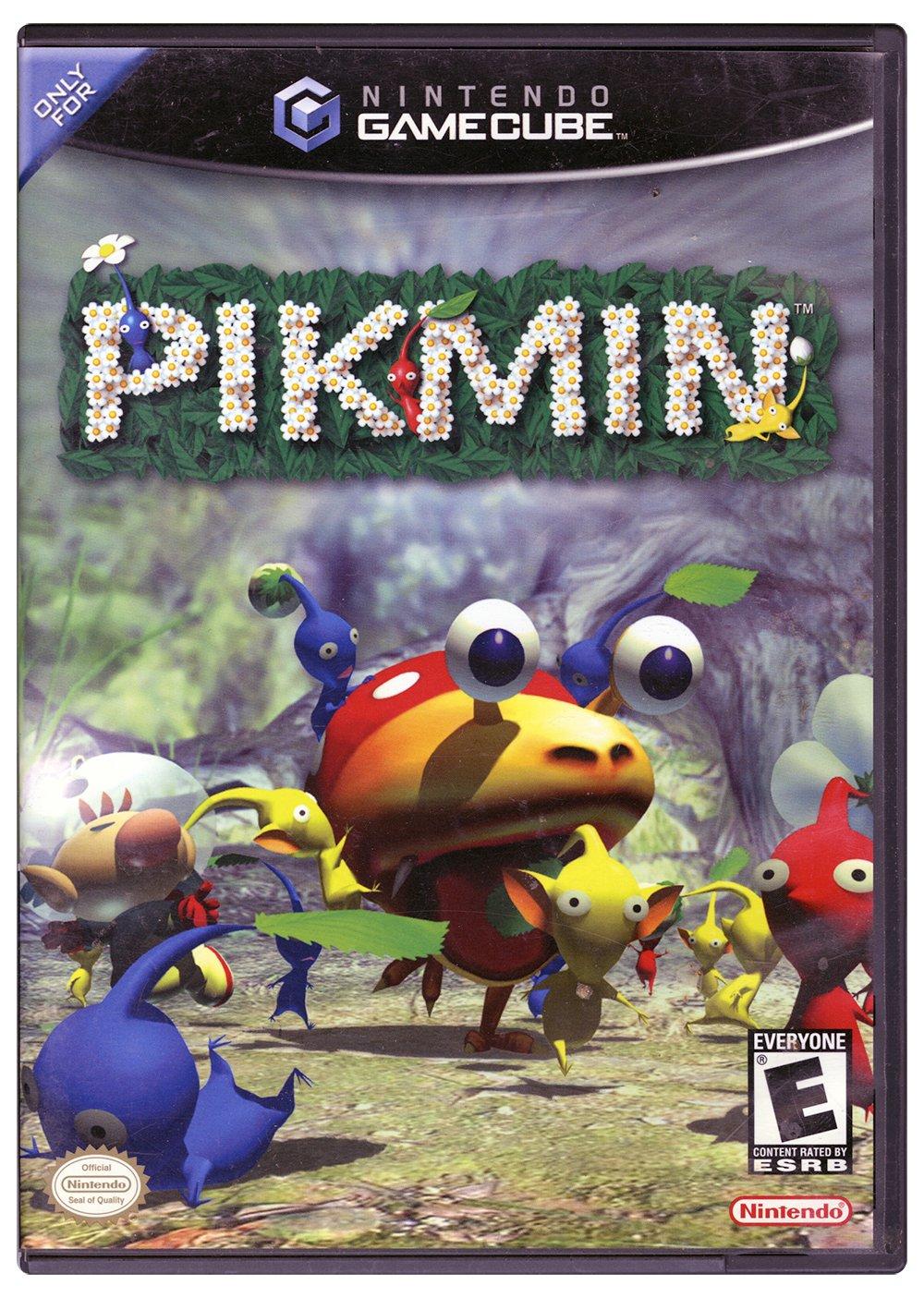 Pikmin is a game that I’ve owned for a long time and didn’t actually play through. The reason for this is despite being a big Nintendo game the gameplay never looked all that fun. I had briefly played the game in the past and it just didn’t work out for me. I tried it again now and am still not a fan. The exploration gets old pretty quickly and the mechanics are really hard to use. I’m hoping the sequels tighten things up a bit as that would help quite a bit.

The game starts with Olimar crash landing on a planet. The citizens of this planet are little creatures known as Pikmin and they have various elemental abilities. Olimar must use them to try and locate the broken parts of his rocket so he can get back home. He’s only got 30 days to do this so time is not on his side. There are 30 parts to collect and 30 days to do this which is a pretty perfect blend. If you average 1 part a day then you’re pretty well set. Olimar will have to be careful not to mess with the other aliens wandering this planet though. Those guys mean business.

One thing I will say in Pikmin’s favor is the overall story is pretty good. Every day Olimar updates the journal with his discoveries as things start to piece themselves together. We learn that the Pikmin are actually quite violent so it’s good that he’s on friendly terms with them. The game also gets pretty dark as Pikmin that are left by themselves seemingly get eaten by the monsters. Olimar also can’t breathe in oxygen which makes you wonder where he is actually from. It’s an interesting dynamic for sure.

I also do like the graphics. Those hold up very well to be sure and the levels/world design in Pikmin is very impressive. I only got to play through 2 levels because my Pikmin were not helping me in the slightest but what I saw was quite good. The controls are smooth for moving Olimar around and it makes you think that the gameplay for this could have been quite amazing from the start. If the game had played it straight without the Pikmin angle then I do think this game would have been quite great. The soundtrack is also pretty good. It’s quite peaceful without being dull because you still feel a good amount of energy in it. The soundtrack holds up quite well to this day.

Now lets go into what didn’t work for the game. I have to go right to the Pikmin. How it works is that you lead the Pikmin where you want them to go with slight commands or by running in the direction. The range is quite small so in most cases you’re better off just running over anyway. So you run somewhere and have the Pikmin pick up things or attack enemies and objects. When they find a piece of your rocket you escort them home and hope they don’t get eaten by a monster. It’s not ideal but I can work with this. The problem is that some obstacles require different Pikmin to tackle and they rarely co-operate. For example, you need yellow Pikmin to pick up bombs.

The problem is that getting Yellow Pikmin can be really difficult. Even when you lift up a yellow piece so they can come out the Pikmin will keep bringing it to the red spaceship. I couldn’t figure out how to stop them so what would happen is that I had a ton of Red Pikmin by the end of the game and almost no yellows. That was pretty rough since the Reds can’t really do anything except fight a bit. I do appreciate their tenacity and all but I wanted the Yellows. Then you’ve got the fact that if the Pikmin jumps a little too far even once they will get stuck behind the wall and that’s game over for them. You’ll have to wait til the next day if you’re out of the Yellows.

Pikmin also uses a day system which is not ideal. I haven’t liked that system in any game. Essentially the game has 30 days that pass by and when they’re all over you get to see a happy cutscene or a sad one depending on if you got the parts or not. As I only obtained 3 it was pretty sad to see him launch up and then fall down. It doesn’t actually delete all of your data though as it just re-starts the final day over and over again. I’m not really sure what you can do in one day to be honest, but maybe it still saves so you can eventually win. The problem is the unskippable cutscene you’ll have to sit through each time.

A day system like this just encourages you to rush through the game and that’s why I’ve never liked it. I prefer to play the game at my own pace and some days I may just want to run around. In Pikmin this is especially true because of how long it takes to find where you have to go and all. The game is fun at first when you’re exploring but when you actually try to progress and see that nothing is working then it gets old real fast.

Overall, Pikmin is a Nintendo game that has not aged well. The mechanics just aren’t very fun and I don’t believe that they are explained very well either. You’re left to your own devices which isn’t a bad thing if you have all the time in the world but with the days flying by that just isn’t the case. You’ll quickly be hit with the feeling that the end is near and you’ll even start jumping through days when you realize that no progress has been made. I already own Pikmin 3 so I’ll need to buy 2 at some point but I can definitely tell you that it is not very high on my list. Pikmin is probably the only Nintendo franchise I can think of that I actually dislike. I suppose even Nintendo had to have at least one series that didn’t work out for me.