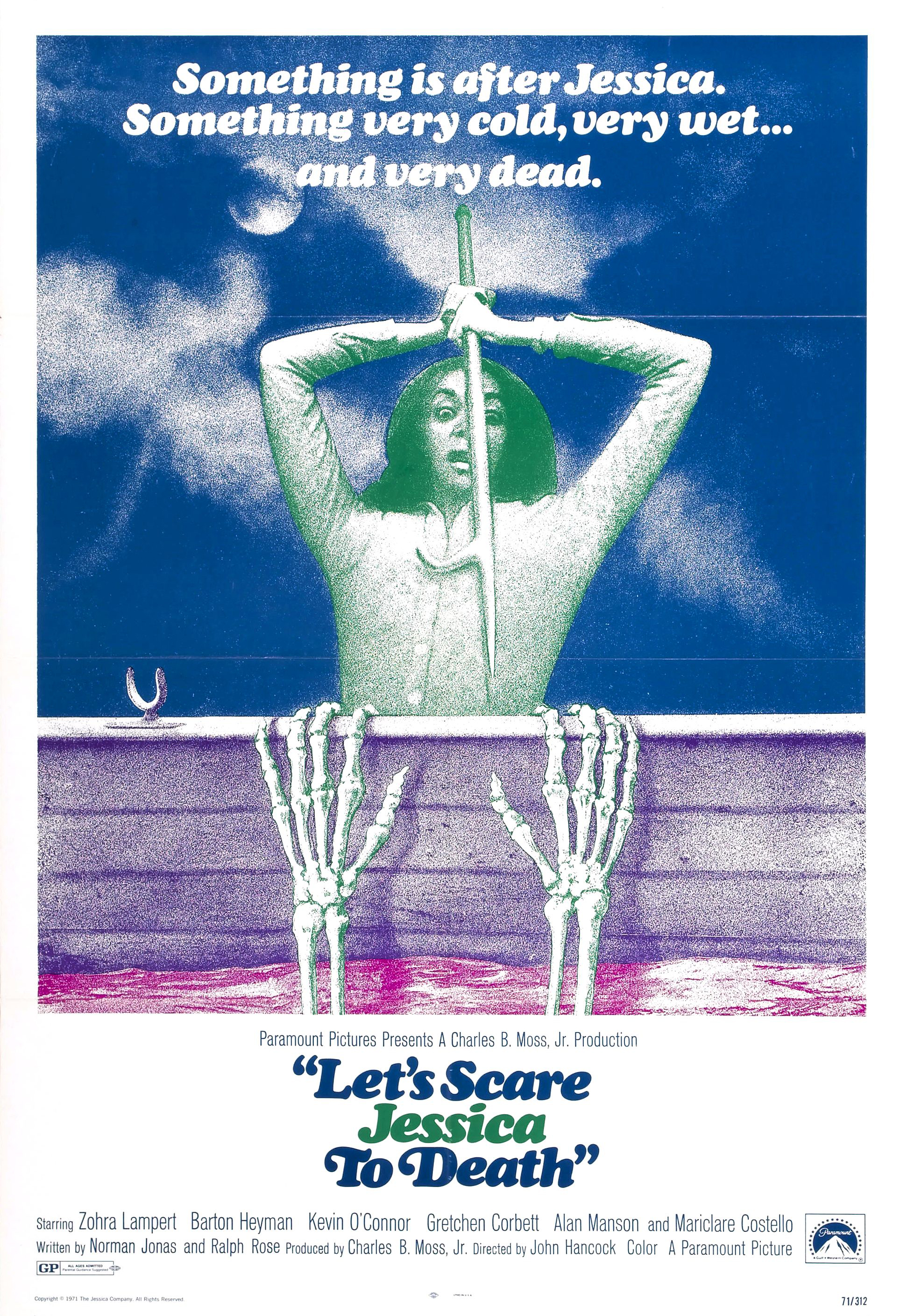 It’s time to look at a horror film filled with characters making terrible choices throughout the movie. It gets to the point where you have to question their sanity and this is definitely not one of those films that wins any consolation points. From the camera work to the characters nothing about this film clicks. You sort of get that feeling right from the start that things aren’t right and it ultimately pans out. I’m afraid that this film won’t be scaring anyone.

The movie starts with Jessica getting out of the asylum and getting ready to move to a new place with her husband Duncan and their friend Woody. Jessica has them stop by a cemetery first since her hobby is to trace the gravestones and the put the pictures up in her room. To each their own I suppose, but considering that she was just in a pretty bad place I’m surprised they didn’t try to get her out of this habit. Jessica encounters two ghosts along the way to the house but decides not to say anything in case people believe that she has finally cracked. They make it to the house and discover that someone already lives there. Her name is Emily and she has no place to stay. Emily quickly begins to seduce Duncan and Woody while also making Jessica really self conscious about her own appearance. Keeping all of this in mind Jessica decides to fail at basic logic and invites Emily to stay indefinitely.

At this point I’m sure everyone walked out of the theater but that’s the basic premise. Jessica must now struggle with her own issues as well as the fact that Emily plans on stealing everyone away. The whole village also doesn’t like Jessica and Duncan for some reason so they won’t be of any help. With the world crashing all around her Jessica starts to deteriorate more and more. Are these ghosts actually there or is there some kind of conspiracy to try and break Jessica’s mind? One way or the other she will definitely be finding out pretty soon.

I think we need to take a step back here and just look at why letting Emily stay is one of the worst movie decisions I’ve ever seen. This is on par with deciding to run back into an abandoned house where the murderer is just to pick up a piece of paper or insulting a terrorist with a rifle to show off in front of your friends. I think the only possible case you could make here is that Jessica was being a good person since Emily was in a bad spot. That’s not good enough I’m afraid. That’s because Jessica already got multiple red flags like Emily intentionally scaring Jessica and then her messing with Duncan and Woody. Helping other people is great, but if you already know that they’re going to make your life a nightmare it isn’t worth it. There was absolutely no benefit in letting Emily stay.

By horror movie rules you know that it wouldn’t have ultimately mattered. She would have gotten Duncan anyway, but at least Jessica could have delayed things a little bit. All she did her was speed things up and that was not a great move. It was a terrible move. It’s hard to really take the rest of the situation seriously after this because Jessica really invited this on herself. It also doesn’t help that she is not a very confrontational person by nature. Jessica will let the others walk all over her and that means she is already at a considerable disadvantage here. Jessica was not a good main character and is simply too soft. She even allows Emily to take her to the lake by herself and gets attacked multiple times but still does not say anything. That’s just going too far. Jessica also overrates her own abilities as she keeps telling Duncan to stop trying to protect her only to crack even further afterwards.

Meanwhile Duncan is a terrible character. I don’t care how charming Emily is, (The film wants us to believe that at any rate. She looks half dead the whole film which ties in to a plot twist) he’s married. That’s game over. Full period. There’s nothing she could possibly do that he should allow to have him break his vows. It just makes him come across as weak and also makes him a terrible person. It’s fine for Woody to have an affair since he isn’t even with anyone, but that’s it. Woody’s the most reasonable character of the 3, but he’s working on the tractor during the entire film so he never actually notices anything. He gets played like a fiddle and then wrecked so he really doesn’t get to contribute at all. Jessica really should have asked for his help a whole lot sooner.

From the start of the film we see that everyone has a scar in the village. They’re also all antagonistic towards the main characters to the point where they are backup villains. Surprisingly the film doesn’t address this until the very end and it happens so late that I thought the film was just going to back away from that plot. You can probably guess what is happening here as the film does offer some foreshadowing with Emily. I definitely don’t think it was in her head or that it was a dream. I think everything happened and the plan all along was for the villains to mess with Jessica. Even the title supports this and I think they just did their job so well that even the viewer may have some doubts. Jessica is just terrible at fighting back against this kind of thing so she walked into all of the traps.

Overall, this is just a terrible film. There’s nothing enjoyable about it. It’s really just a film about a homewrecker messing with everyone and the characters are too weak to stay strong. The supernatural elements are so brief that they may as well not even be there. The camera work has that dusty feel about it which is hard to describe but occurs a lot with the more distasteful indie type films. It generates a rather foreboding atmosphere on its own which is impressive but usually it means that you’re about to watch a stinker. The film drags on with its slow pacing and the terrible cast doesn’t do it any favors either. There are no good music tracks to listen to and so the film really failed on all accounts. There’s nothing to salvage here and so I’d recommend checking out just about anything else instead. You’ll be glad that you skipped this one.