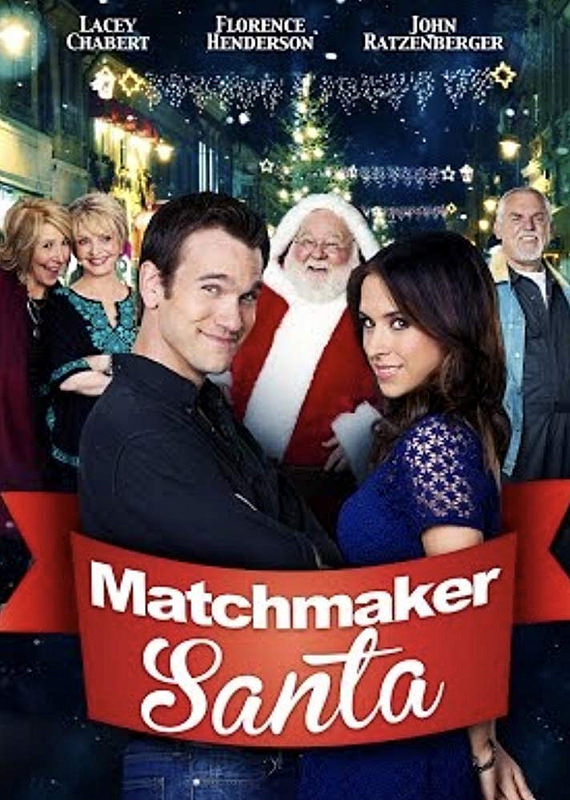 It’s time to look at the first Christmas film of the season. It’s time to enter the world of the Hallmark films. They’ve typically got a good rep for being fun films with nice plots that get you ready for Christmas to arrive and I can confirm that this was a pretty good film. It can be a little cheesy and stuff but at the end of the day the film doesn’t really have any faults and succeeds at being entertaining.

The film starts with a flashback where Melanie wishes for Christmas that she will meet a Prince Charming. Santa decides to fulfill her wish, but as she is a kid he puts this under the long-term plans section. Around 20 years later he has returned to grant her wish. The problem is that she is currently with a CEO named Justin who doesn’t seem like a great guy so Santa decides to play matchmaker by setting the lead up with Dean. He’ll have to do some property damage and illegal summoning in order to make it work, but Santa will do anything to make his plans a success.

Now I know what you might be thinking. Santa is trying to get the lead to go for the rebound and ditch her current partner right? Well…you’d be right. We’re on morally shaky territory here right from the get go. Naturally the film wants you to pull for the rebound guy since the starter pick is pretty quick to change who he wants to be with and such but you still have to question the rebound guy’s decision to get with Melanie. He should see her as off limits either way and just run off. Whether the rebound person wants to be with you or not doesn’t matter at that point. It’s over before it has even begun.

So, naturally I am against the romance. I also have to admit that the romance in this film isn’t all that good. It’s surprisingly better than some other romances I’ve seen in recent films, but you still can’t get behind the rebound situation. You know from the start how the film is going to end so you’re already looking at Melanie and the others pretty suspiciously. I’ll give Dean credit for most of the film as he tries his best not to get himself into tricky situations. Still, by the end of the film he falls into line as expected. The world was against him and ultimately they broke the guy.

Melanie seemed like a reasonable heroine. She’s a bit of a downer during the start of the film, but fortunately she had a pretty nice co-worker who was ready to mind the store while she was away. Considering that this employee was managing the store during Christmas I hope Melanie payed her time and a half for those hours. As with Dean, Melanie is a good character aside from the whole romance angle. She does her best to help the needy and came through when it counted. She took a little while to realize that Justin wasn’t placing her as a priority, but some small things like hanging up on him early made her a pretty good heroine.

Then we’ve got Justin who is naturally not a good character. Case in point, his friend Dean helped him with just about everything for at least a year. They’ve apparently been pretty good friends throughout and yet when Dean wants to go home for Christmas Justin immediately threatens him with being fired. I don’t know how they stayed friends after this and honestly I think Dean was too much of a pushover. He was nice otherwise but this was the moment where he went a bit overboard. Then Justin fell for his ex during the days leading up to Christmas and overall showed that he could not resist the rebound. If your partner can be swayed away from you in the course of a few days then the person was never really serious. Honestly, there shouldn’t even be a time frame. If you can be swayed at any point you were never that serious about the relationship.

Then we’ve got Santa who is certainly very focused on helping out Melanie. It goes to the point where he is willing to total cars, summon bears, cause an avalanche, gave someone poison ivy, and more. Santa certainly wasn’t messing around in this version and it’s really something seeing him cause all this chaos. He may seem like a harmless old man, but the guy’s definitely got a lot of fire and ambition. I can appreciate the fact that he wants to help Melanie’s wish come true even if he’s sacrificing everyone else in the process. I do think his gimmick of constantly letting slip the fact that he is Santa can get old very quickly though. Cmon, the guy’s a hundred years old. You’d think that he could keep a secret better than that right?

Overall, Matchmaker Santa is a pretty fun film. It’s a romance comedy so of course there is going to be a lot of romance here, but it’s not as cringy as other titles I’ve seen. the romance isn’t even bad if not for the fact that it’s built around rebounds. I do like that the film went all in with Justin though as he is completely unapologetic about dumping Melanie without even letting her know first. Granted, she was about to do the same thing although in her case it would be a lot more justified. The film certainly has a neat and tidy ending. The writing is on point the film is definitely one of those feel good titles where you’ll have fun watching it. There’s a good amount of humor here without it feeling forced. Again, there are really no negatives with the film here. Even the rebounding, while regrettable, doesn’t actually end up hurting anyone here as they were all satisfied with their back up picks. In Justin’s case you could argue that Melanie was the rebound and he went back to the starter. If you want to see a fun Christmas film I’d recommend checking this one out. It furthers my theory that Rom-Coms are the best ways to handle a romance film as they will make the romance a lot more tolerable. This movie even avoided the second half slump that most of these had as it kept up the humor all the way to the end. My only regret is that we never got to see the actual board meeting though. That would have been fun.