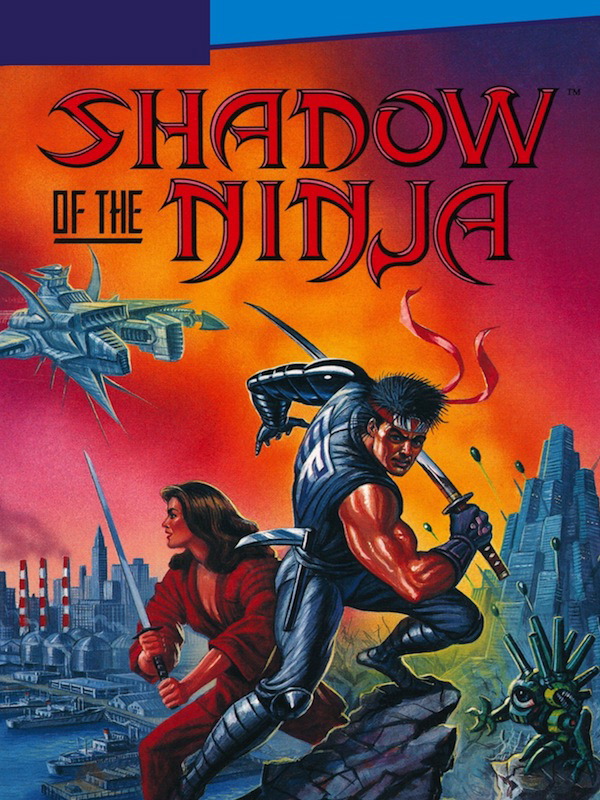 Time for another classic Nintendo game. This one I was definitely not familiar with but it looked like Ninja Gaiden so it had to be good right? Well, the gameplay is definitely pretty similar although I would say that Ninja Gaiden still has the edge overall. The gameplay was just a little tighter in that one and it also had more of an engaging plot. Still, this one is pretty close in all respects which is quite impressive. I’m surprised that the game isn’t more well known. I think there would definitely be a pretty good audience for it.

The United States has been taken over by a powerful new villain who needs an empire. The two Ninja are called in to take this guy down. You’ll probably have a whole lot of questions about this. Why is the U.S. banking everything on two ninja warriors? Why do ninja still exist in a futuristic America? Well, the game has no time for these questions because it throws you into the thick of the action right away. The goal here is to just stop the villain and so the heroes march their way through various levels and lots of different enemies.

The game does a good job of taking advantage of this future setting. You fight a lot of robots and at times the game feels a bit like a Megaman X title. When you blast at the robots they even split into two different ones in a similar fashion to some of the original X villains. The backdrops have a ton of variety and the bosses are pretty fun too. One guy gets swallowed up by his bird and they merge into an armored bird which was pretty cool. The final boss also has a pretty good design. One thing I found interesting about the bosses is the game would try to keep you in suspense about what their weak point was for a while. During the first bit of each boss fight they have an extra health bar but you can’t see it so it looks like you may be hitting the wrong point.

The fact is you are hitting the right spot, you just can’t see the damage it is taking. On the other hand it’s pretty risky business because with at least one boss you did have to hit him in a specific way (crouch hit) so if you were not doing that you would be there for quite a while. Each boss is different which may sound like a pretty small thing but I always appreciate when each boss is different. It speaks to the effort of the developers. Cloning different bosses is pretty easy but it also feels a bit lazy at times.

The gameplay is pretty straight forward. You rush through the 2D levels in order to reach the end. You standard weapon is a sword but when you break crates you can change weapons to a chain, throwing knife, sword with shockwaves, etc. The one I recommend staying away from is the chain to the point where I would rewind if I grabbed that one. It’s hard to tell which weapon is in the box and I believe it’s intentional. It’s like a roulette game where you just don’t know what’s going to happen next. I doubt the chain is meant to be a terrible weapon, it just did not click for me.

The graphics are definitely solid although I think you already get the picture from how I was describing it earlier. A lot of effort was put into this game for sure. Then you’ve got the soundtrack which is pretty light but works quite well either way. Couple that with the smooth gameplay and this title’s ready to go. One really fun enemy was this little robot square that would keep circling the stage and trying to blast you. This is one of those games where attacks deal massive damage so let me tell you, you do not want to get hit by that guy. Figuring out the right strategy to beat the various enemies who would show up was half the fun of the game.

Overall, Shadow of the Ninja is a very fun game. The story is definitely solid and the gameplay really holds up quite well. It may be pretty short but the game is really diverse so it feels like they kicked in a bunch of content. This game did take me about an hour which is definitely longer than most NES titles. It’s a pretty challenging experience so don’t expect it to be a walk in the park either. You will definitely have to work at beating this one and mastering those fundamentals quite a bit. This is definitely one of the best NES games available in the service.