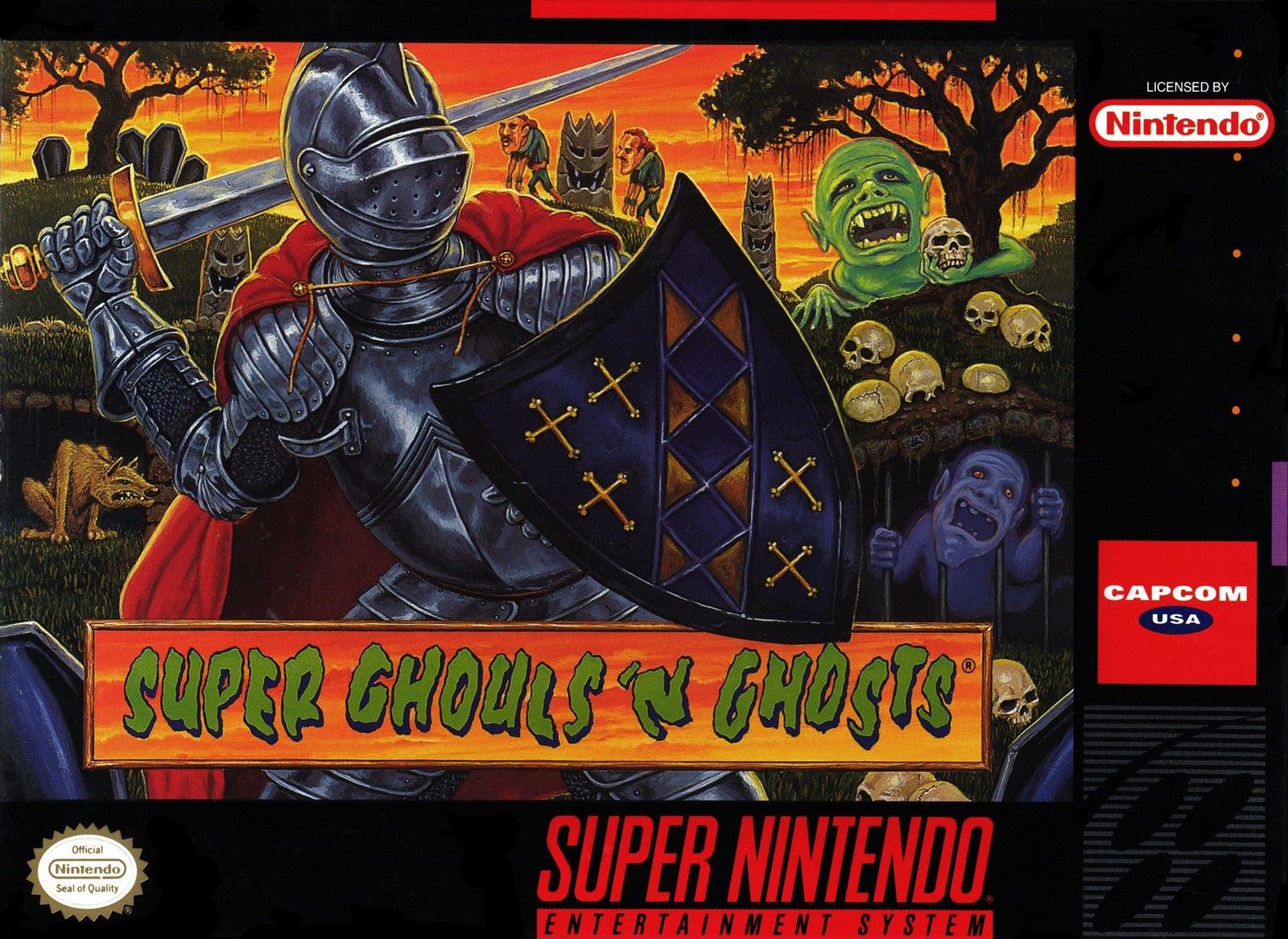 It’s been a little while since I went back to one of the SNES games, but it was time to change that and what better game to jump into than Super Ghouls ‘n Ghosts? It’s a pretty classic 2D platformer and a title that holds up quite well over the years. The game’s rather short, but it is very old so that is pretty understandable. The ending is the only thing that limits the game to an extent but I wouldn’t say that it affects the score.

The plot of the game is that demons have kidnapped the princess. The main character must now head off into the unknown in order to save her. To do this he will need to conquer legions of monsters and other deadly foes until he makes it to the castle. It won’t be easy, but this guy does have some experience in this arena. The game has around 8-9 levels and you should be able to clear it in about an hour. It’ll depend partially on how often you die and if you use the rewind feature or not. I certainly spammed the life out of that button but for those of you who do not wish to resort to such tactics you will likely appreciate the difficulty level. I wouldn’t say that the game ever gets unfair, it’s just unrelenting if you make a mistake.

A single error on your part will likely result in your death. I don’t know if you have to restart the level or the whole game when you lose since I never let it get that far but if it’s like most titles then you would need to restart from scratch if you get a game over. So long as you can avoid doing that then you should be fine. As you go through the levels you will encounter various weapons. You can only have one weapon at a time so you really have to think carefully about getting a new one. My personal favorite was the fire ball so once I had that I was not going to go back to a sword or any of the other options. None of them seem flat out worse than the others except for the slow boomerang so it’ll depend on how you want to play the matchup. Once you find your perfect weapon then it’s off to the races.

The graphics are pretty solid and the game actually had an opening cutscene which impressed me. Even if there isn’t a lot of story beyond the intro I’m still glad to have that much. It’s something that was not always a guarantee back in the day. The soundtrack is pretty reasonable. I wouldn’t call it the most memorable tune out there, but it worked well enough if you ask me. I was able to get behind this and the gameplay is always more fun when you have something to listen too.

I realize that I didn’t speak much on the gameplay, but it’s pretty self explanatory. You use your weapon to slay any enemies you get in your way as you aim to get to the end of the level. At the end there is a boss you will face and upon defeating the creature you are able to get into the next level. There are no crazy jumps and the platforming is actually pretty mild next to most of the others. It’s more combat focused than anything else.

There isn’t really any replay value after completing the game though. So the full game should last you about an hour and then if you want to 100% that maybe make it 2 hours. When you reach the end of the game the ending you get will depend on some factor in the levels. The Princess seems to hint that you had to grab some collectibles along the way but I must admit that I did not notice anything like that in my travels. So I got the fake ending where they start you back at the beginning of the game again. No way I was going to do the whole thing again just for a quick cutscene but if that’s up your alley then it’s certainly something to look into.

Overall, Super Ghouls is a pretty cool sounding title and the game is a lot of fun. I really can’t see you not having a blast with this one. It’s really got everything you could ask for in a game and then some. Keep in mind that it’s a short one but if you already have the SNES Online package then it’s effectively free. There’s no real downside to giving it a shot so you may as well do that. We’re getting some new games added to the service soon so I’ll definitely be ready to try those. The collection for the SNES is getting more and more impressive with each passing month.