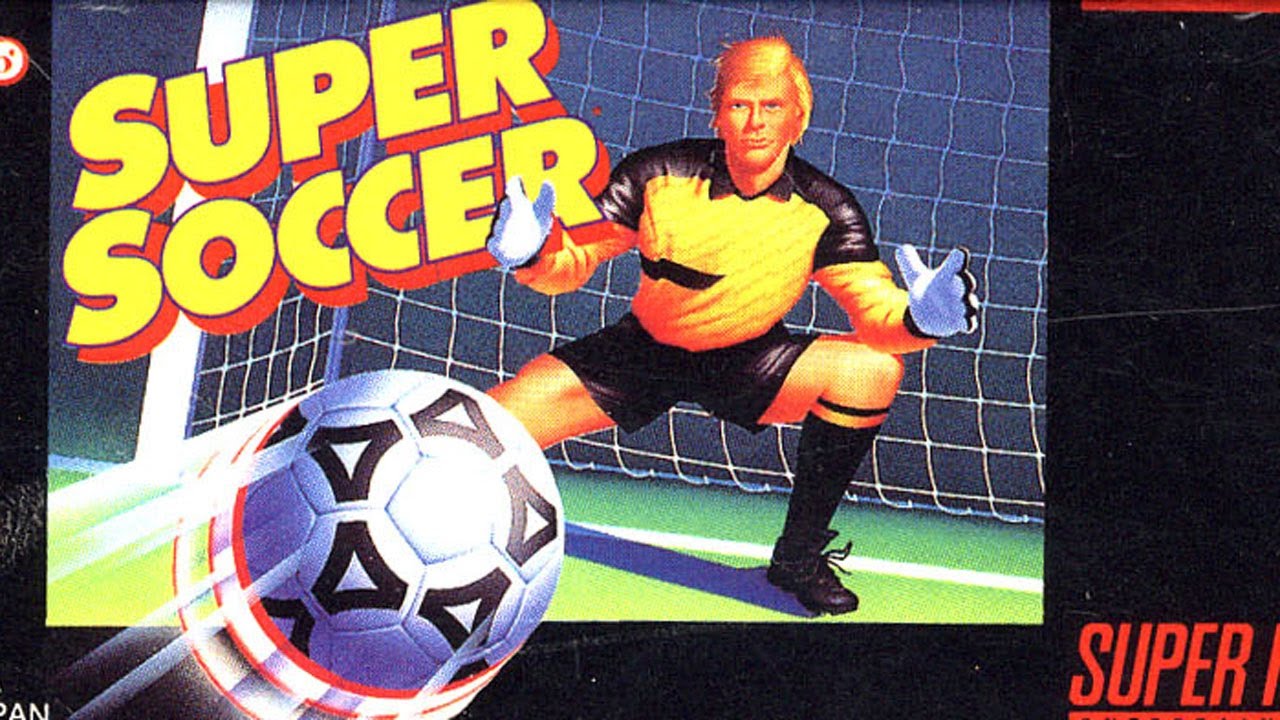 We’re getting closer and closer to knocking out all of the SNES games. Only 5 remain which include an RPG, a LOZ title, and 2 side scrollers. It’s been a good run, but this tells me that Nintendo needs to hurry up and start adding more games to the lineup. I don’t want to have to go back to the NES games just yet, but I will if necessary. That one still has a whole bunch that I haven’t checked out to be honest. This Soccer title isn’t all that good. Of course the controls were limited for its time, but even so it just doesn’t age too well and you won’t be playing it for very long.

The film throws you onto the soccer field and the camera angle is from above so think of it like playing Foosball from the old arcades. Instead of flipping the pieces you still do run for the ball, but everyone moves like one unit. When you’re on defense you are controlling all of the players on screen at the same time which is definitely pretty interesting. It means that there is a lot of team unity here, but at the same time it also means that it can be difficult to cover multiple people. Defense was pretty challenging here and I lost my first game 6-1. It’s definitely not like the other Soccer games where I barely even allow 1 goal.

Then we’ve got offense gameplay. On this side of the ball it really feels like you can’t do anything. You can move, shoot, and pass and that’s it. Without a way to accelerate the other players would always trip me up from behind. I’d try to pass it away, but they steal the ball in midair. The defensive players really were not playing around at all and just kept getting in the way over and over again. They were all like perfect players. I appreciate the A.I. being pretty sound but it was getting out of hand. I don’t even begin to guess what the answer to this would be. How do you get around such gameplay? The gameplay doesn’t even seem that bad, it’s just not all that balanced.

I scored a total of one goal across two games. After this I figured I should at least try the Penalty Shootout mode. I played that one twice, but still couldn’t score once while they made all of their shots. Super Soccer is definitely not for casual soccer players. I definitely see that now as I was completely crushed in the end. The computers just aren’t playing around here.

As for the graphics, they look pretty good. It’s not going to be something to write home about but at least you can always tell what is happening. There isn’t really a soundtrack, but that should come as no surprise. In terms of replay value there isn’t a whole lot to do in the game after you play a few rounds. The same can be said for most sport games, but especially one as old as this. There are just better soccer games to play whether you like the realistic FIFA titles or want something more like Ubisoft soccer. Either way this one wouldn’t make the cut.

Overall, Super Soccer is not a game that you will remember very well. It’ll get lost to the ages of time, but it’s still nice to have been able to play it at least once. If you’ve got the Switch online then you should check it out. It really can’t hurt to play it for a while since the game is free right? That being said, you’ll quickly move on to the next title as I have. This was the last SNES sport title I hadn’t played so next time it’s back to more of the side scrolling type!