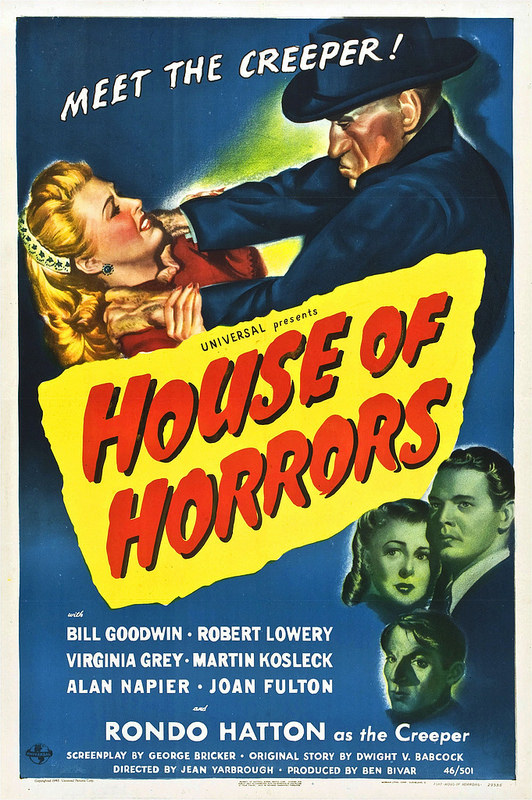 It’s time to look at a horror film that is very by the books. It follows the pattern of every other movie of this nature and doesn’t try to do anything different. I can applaud that resolve to an extent, but it’s not enough to earn this film a positive score. None of the characters act very realistically and the Creeper won more battles than he should have.

The film begins with a critic walking in and blasting the main character’s art. The critic points out that it is terrible and now he will end the lead’s career. Marcel isn’t happy about that and decides to do something about it. He runs off to go jump in the lake but finds a wanted serial killer named the Creeper. They decide to team up and destroy all of the critics out there along with any civilians who get in the way. The only things that can possibly get in their way…are more critics!

We’ve seen the Creeper type villain many times before. Perhaps at this point in time the villain felt a little more inspired compared to nowadays but I can’t say that he did anything for me to be honest. He is a very slow villain and the only thing going for him is his raw strength. While he may not look like the most pleasant fellow, it’s hard to see people literally being unable to talk or scream in fright when he approaches. That’s definitely one trope that has not been missed in the modern days.

I think one problem with these films is that by the time the heroes make a move pretty much every character is dead aside from the main pair. In particular it was annoying to see the critic who was acting as bait get murdered since the cops were right there at the time and should have been more prepared. Then you have the assistant who was kept waiting by the same cop until it was too late. They may have eventually gotten the Creeper but by then there weren’t too many characters to save.

The main guy is pretty annoying as well. Steven really goes out of his way to act as suspicious as possible. When the critic used himself as bait the lead couldn’t help but break into the guy’s room and assault him. The cops save the guy and then Steven quickly goes into damage control mode but it’s too late. This guy was actually choking the critic so I think it’s safe to say that he is just as unhinged as the villain. Is the film trying to provide some commentary on the state of the artist? It was interesting having the focus be on the main villain and main hero but you can’t have them both act like the villain. Also, as expected the lead doesn’t look very good in the climax as he keeps asking the villain to let him in. Good luck with that……

As for the heroine, she’s definitely very tough and sarcastic which is always a good thing. Joan doesn’t tend to think things through all that well at times though like when she stole the files from the villains desk and then returned them the next day. She figured that he wouldn’t notice them but how could he not? Also putting them right where they had been makes it even more suspicious. Still, mistakes aside at least she had a lot more character than the lead who was literally sitting at home and twiddling his thumbs.

There’s not much to say about the human main villain. Marcel tends to whine a lot which is why the Creeper ends up helping him since this brute just wants to eat his dinner in peace. The artist just complains about everything and is in denial about the fact that his artwork wasn’t actually that good. One critic may have been conspiring against him but even then it wasn’t personal since we learn that he went after all of the artists in the city. I’m assuming that the artist would have known that so it makes his overreaction look even worse.

Overall, The House of Horrors has a very retro feel to it. It has those writing elements that are always present in films of this era in both good and bad ways. The script is quite strong as always but everyone fainting in fear is the weak part of the writing. The pacing isn’t bad but there is nothing remarkable about this film at all. It just goes through the motions without thinking about it. I think if the heroes had been able to step in sooner and save a few more people the whole thing would have worked a lot better. If you want to see an old horror film then go check this one out but I’d highly recommend going with a different option like the Witch’s Ghost instead.