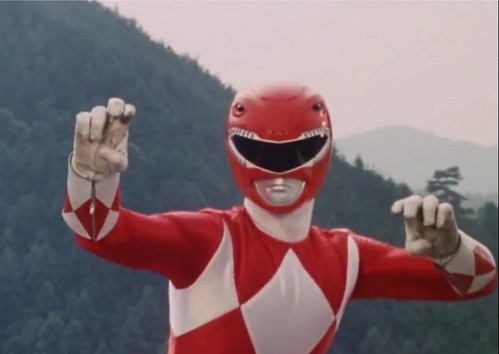 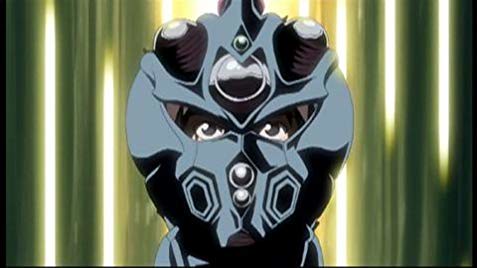 Suggested by Anonymous Jason Lee Scott is a pretty powerful Power Ranger. He may even be the best to be honest. The guy has a lot of experience and a good amount of strength and speed to back him up. A shame that it won’t be enough to stop the Guyver. Lets not forget that aside from already being very powerful Guyver also has a super form he could use. In that form he gains great size and all of his physical abilities are amped up even further. Jason might as well throw in the towel long before that point because then this fight would really be one sided. One blast would be all Guyver needs. Guyver wins.

This is a tribute to the Power Rangers film. Jason didn’t look all that good in this movie as he made quite a lot of mistakes and never really came off as a sympathetic guy. You just couldn’t feel all that bad for him since he really created the situations that he got himself into. He has some decent super strength and speed, but nothing that Misaka hasn’t dealt with before. She will be able to overwhelm him with ease. No Ranger can handle an electromaster. Misaka wins.

Jaso Lee Scott is back and he’s up against the third member of the Ninja Turtles! Michelangelo (1970’s) can be pretty lethal with his nunchuks, but that won’t be enough to overpower Scott’s blade of justice and truth. At this rate, Jason may be able to defeat the entire group of turtles and that’s quite a feat! Jason Lee Scott wins.

The Red Ranger and now he’s back against the smartest member of the Teenage Mutant Ninja Turtles. Donatello may make his debut in this round, but that won’t be enough to stop Jason. Jason can fend off his staff blows and counter using his impressive hand to hand combat training. Donatello won’t know what hit him! Jason Lee Scott wins.

Jason Lee Scott is back, but he’s completely outmatched against Ren. Ren is one of the strongest Cardfighters on his planet and he has many powerful dragons. Jason may be able to fend off some of Ren’s weaker monsters, but he just doesn’t stand a chance against Blaster Dark. It’s been a while since Ren took a win and it’s always good to see his record get better. Ren Suzugamori wins.

Jason Lee Scott was the original Red Power Ranger and his skills are definitely formidable. Raphael may be about as good as Jason in hand to hand combat, but I believe that Jason’s sword and zords will give him the edge. Raphael isn’t used to dealing with that kind of power so it’s safe to say that he’s outmatched. Jason Lee Scott wins.