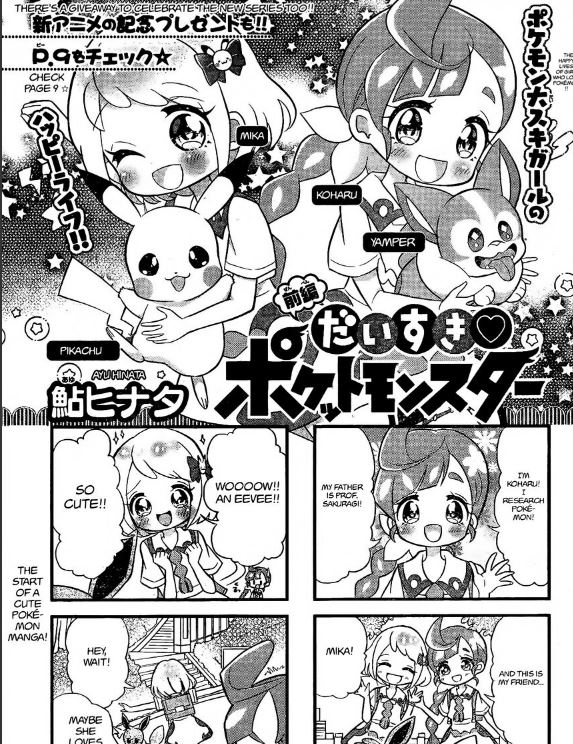 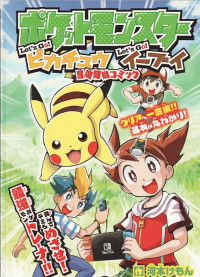 It’s time to look at another quick Pokemon manga. This one is about the Let’s Go game and decides to frame the one shot as being about the kids playing it as opposed to taking place in the game. It’s a tactic that Nintendo used earlier with another Pokemon manga so I guess they thought it went well. I do like this approach. I probably wouldn’t want it to happen too often but it’s a good change of pace once in a while to keep us guessing. This is a nice one shot to quickly check out before you play the game.

It starts with two brothers getting their copies of Pokemon Let’s Go. The main character is a longtime Pokemon fan so he’s been waiting for this one while the other admits that he has never played the Pokemon games before. Naturally the lead decides that this won’t do and so he lets the brother play first. As he is playing, the main character shows his bro the ropes. How to land a good catch and stuff like that. As this game takes mechanics from Pokemon Go it is a very different experience compared to most of the classic Pokemon games. A tutorial like this makes sense for newcomers although Nintendo’s always done a great job of making their games pretty self explanatory so I don’t think it would confuse you for long. As they play the two main characters quickly realize that this may be the best Pokemon game yet.

At the end of the day this is basically a glorified advertisement for the Pokemon Let’s Go game. I think it’s a pretty effective one though. The artwork looks nice and it is a very realistic showing of what the game looks like. The screens on the TV in the manga look accurate and all of the advice is quite sound. I never ended up getting the game myself so I had to forego my chance at getting all of those crispy Meltan gifts, but it’s definitely a title I could see myself getting one day once it has been long forgotten by the masses.

Overall, This is another good one shot. It helps that I am just a Pokemon fan in general. I don’t expect you will learn anything new here unless you somehow missed the Pokemon Go boom. Still, it’s a nice enough story to remind you that for some people, Pokemon Let’s Go will be their first big Poke experience. It’s definitely something to keep in mind when playing. It may not be the best installment yet, but if you hadn’t played the others then I think it would rank even higher. I’ll definitely be ready for when the next big Pokemon game comes out.