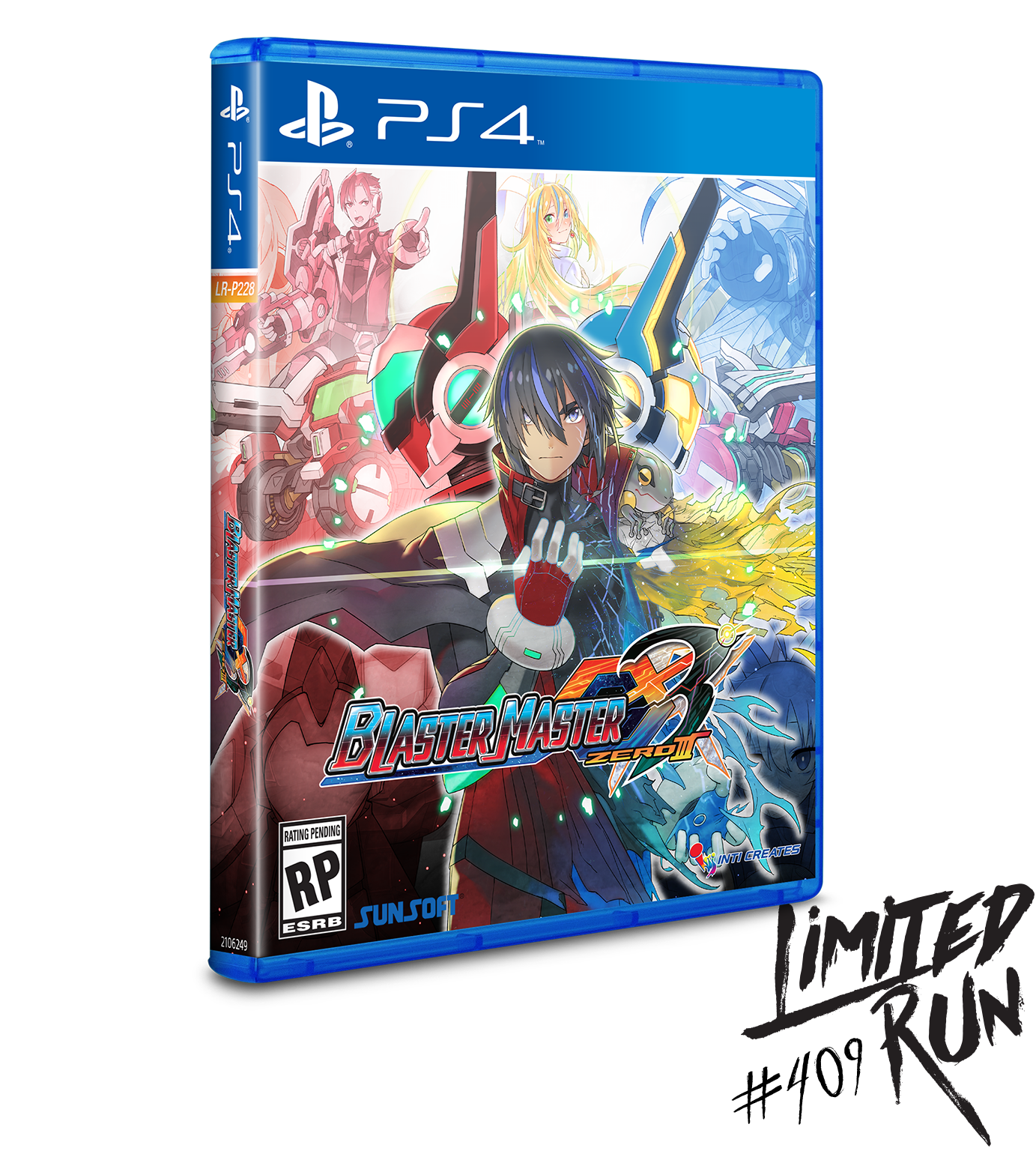 Blaster Master’s been a pretty fun series. It has the exploration components from Shankar and then your classic Metroid shooting gameplay. There is some extra variety since you can switch gameplay styles from the ship to fighting as a human too. Throw in an excellent plot and you’ve got yourself a great game here. It’s a good way to end the Blaster Master epic.

After the events of the second game, Eve and Jason are kidnapped by the government. Our lead isn’t sure why this is happening after he already helped save the world in the second game. Fortunately the area is attacked and he is able to escape in the confusion. He meets up with his old enemy Leibniz who was also attacked by the government and they ended up destroying his ship. This means they will have to reluctantly team up now. The only clue Jason has is that the government is seeking to destroy Eve because she may be in league with the monsters. Jason doesn’t believe this and has to get to her before it’s too late.

Game 2 had multiple endings similar to this one and the one I got was not exactly the true ending so this one ended up picking up at a different spot than I left it. There is a quick flashback/explanation of the first two games though so it’s easy to know what’s going on right from the jump. This game also has a true ending and it’s pretty creative how you unlock it. I dare say you won’t get it naturally on your first try but you’ll be ready for the second. I haven’t gone after the secret ending myself but it’s something I could see myself having fun with some day.

The story here is very engaging right from the start. The quest to find Eve is exciting and there’s always a lot happening. The only slow part of the game is when we run into Kanna in the veggie planet. We learn a bit about her and all but this really felt like filler. Once we got back in the chase for Eve then things got really good again. We also got to meet Kane who is apparently the main character of the Japanese version of the original game. He gets a good role here so his fans should be pleased.

For the most part this is a fairly small cast that we’re working with here so the dialogue needs to be sharp. I can say that the game pulls it off and in particular I had a lot of fun with Leibniz. For the longest time I thought he was the main character from an alternate dimension but by now I have to accept that he’s just a guy who was in a really similar situation only things didn’t work out well for him. I can definitely see how the guy got jaded very quickly. Would have been nice to have seen him actually go into the field and help us in battle at one point.

The graphics here are definitely sharp. The game really captures that Megaman ZX feeling throughout. It’s futuristic and full of energy as everything is all happening at once. The attacks look nice and the illustrations for the cutscenes are really good too. These are all amplified by the excellent soundtrack that is playing throughout the game. There isn’t a large variety but each time is great so when you add them up then you have a very satisfying roster here. In a technical level the game never fails and that isn’t surprising since Blaster Master has always been good at delivering on its Sci fi elements.

I also liked the gameplay a lot. 2D shooters are fun and when you also factor in all the sub weapons and movement options, there is a lot of depth to the gameplay. You’re not going to just run in and take names or you’ll lose your energy quickly. Particularly before you learn how to hover you have to go forward with caution. As your machine grows stronger you are able to engage in every fight which is nice since you really feel the character’s progression into being a mighty warrior. Then for the dungeons where the machine can’t fit, you go in on foot and the gameplay becomes more of an overhead adventure with your blaster. It’s a different gameplay style that is still similar enough where you can easily transition between the two. You can also access the VRW world which boosts all of your abilities but it’s supposed to be dangerous to stay in there for too long. I didn’t use this a ton outside of the areas where you have to use it but I like the transformation effects and how everything changes while inside of that world. So in a way you have 3 different styles here and the best part is how responsive it all feels. You’re always in complete control of what’s going on.

The length of the game is pretty good as well. I’d say it’s around 7 hours or so and then you have the bonus endings and power ups to get which should take you to 10+. You can also try to get the Platinum trophy so when you consider all of that, you’re getting a good bang for your buck. Even without the replay value the main story is strong enough where you would be feeling good about this either way.

Overall, Blaster Master 3 is a great game and I dare say it’s the best title in the trilogy. It takes all the good aspects from the first two games and keeps them going with good momentum. The story is as good as ever and the graphics/soundtrack is on point. Hopefully we do end up getting more games with these characters but if not I think we can safely say that it was a satisfying ride. By the end you will feel like the true Blaster Master!